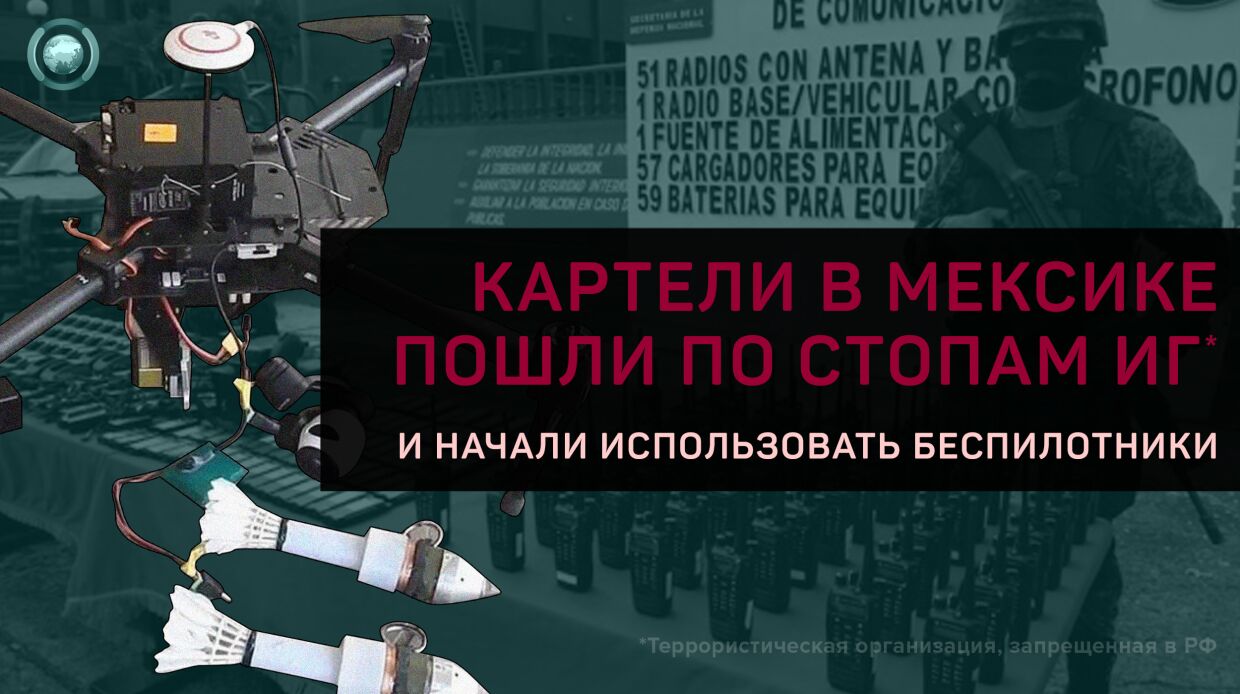 Mexican drug cartels have long been known as daring assassins, abductions, as well as carefully planned combat attacks - like in the wilderness, and in the very center of Mexico City.

In addition to pursuing "general economic" motives and goals, members of the cartels take revenge on their enemies and punish the unwanted, parallel to intimidating everyone. Good weapons and equipment play a role in this.: well-armored trucks and pickups with mounted heavy machine guns here and there flicker in the rollers. But, as it turned out, this is not the limit.

Not so long ago, the Jalisco New Generation cartel began to use combat drones against competitors, bringing the "manufacturability" of the Mexican conflict to a completely different level.

Author Telegram-channel "Sex, cartels, Frida Kahlo "talks about a new militaristic trend in the" New Generation Jalisco "cartel - the massive use of drones.

In the state of Michoacan, rather, in the city of Tepalcatepec, which is the site of the battle between the Jalisco New Generation cartels (hereinafter - CJNG) and La Familia Michoacana, local residents from self-defense units found two drones in the militants' car.

Civil self-defense squads were created in Michoacan a few years ago to protect farmers from Narcos attacks, the largest of which was the shootout in Tepalcatepec in September 2019 of the year. 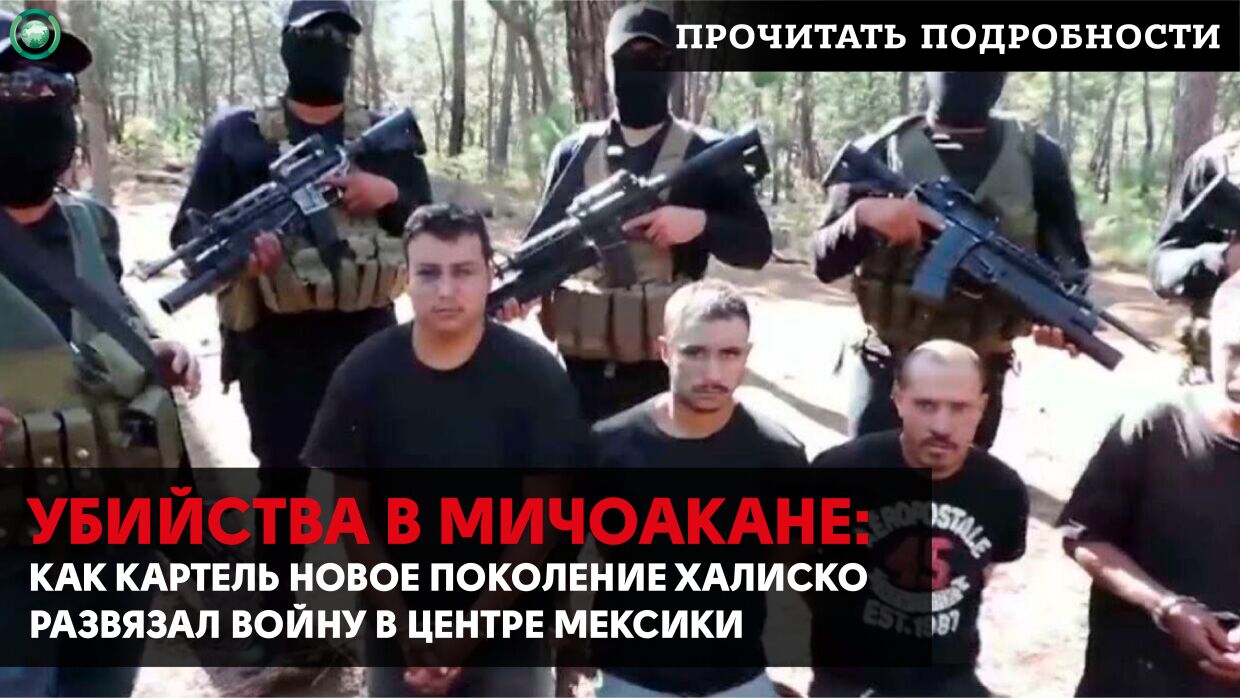 According to unconfirmed reports, some members of self-defense squads belong to factions, controlled by the La Familia Michoacan cartel. And they are combing the territories with far from the most peaceful intentions. However, into the hands of the people's guards, not affiliated with criminal associations, members of the "New Generation of Jalisco" also do not risk getting caught - in these places there is much more trust in the good old lynching, than to the Mexican authorities.

Plastic containers were attached to the found drones, filled with C4 explosives and ball bearing elements.

The Jalisco New Generation cartel has been using unmanned aerial vehicles for about 2017 of the year. Experts from private security firms believe, that "Jalisco" today is the only "forerunner" in the use of UAVs.

This statement causes some skepticism.. of course, argue with that, that the Jalisco New Generation cartel is expanding its "zone of control" like a supernova, nobody will, however, they were not the first to use drones..

First it was the Sinaloa cartel. 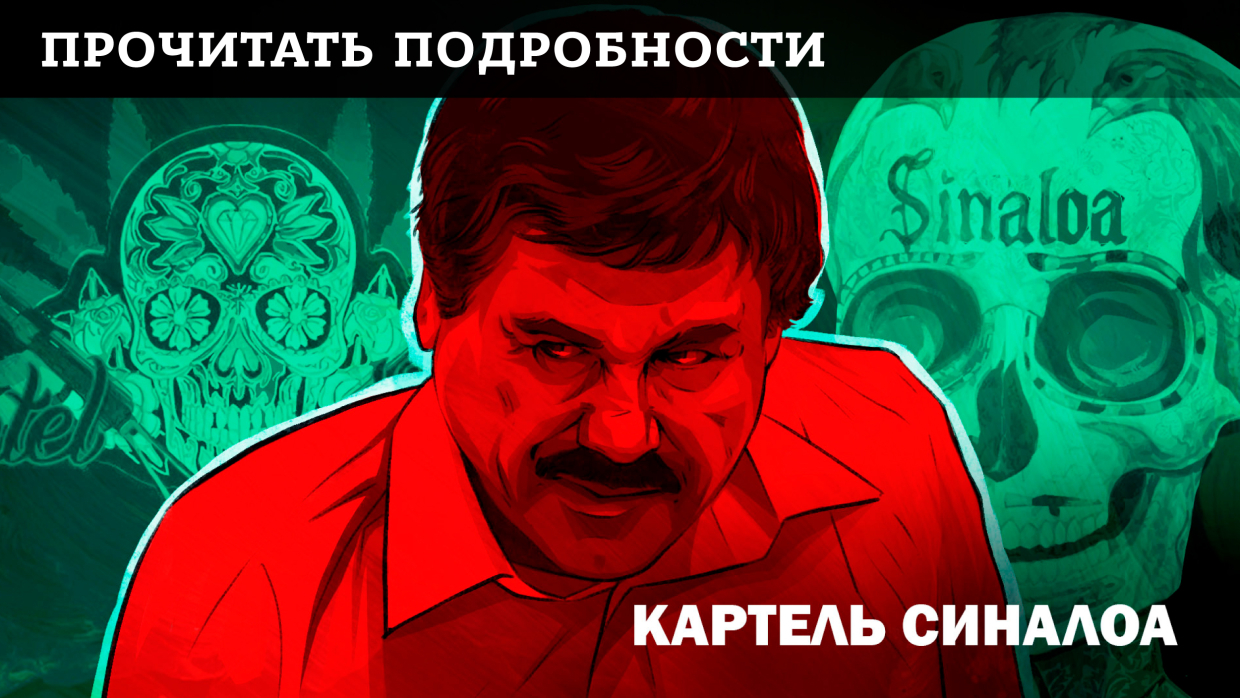 Restless El Chapo, he is Joaquin Guzman Loera, former leader of a criminal gang, with only four classes of education, managed to work as a chief engineer even at Miguel Angela Felix Gallardo and the first cartel of Guadalajara. He invented and modernized drug tunnels, introduced drug submarines. With him, they began to use as mini-catapults., sending a batch of goods across the American border straight into the desert, so with 2010 years and drones - for the same purposes.

The relay baton was intercepted by former commandos from the Los Zetas cartel. 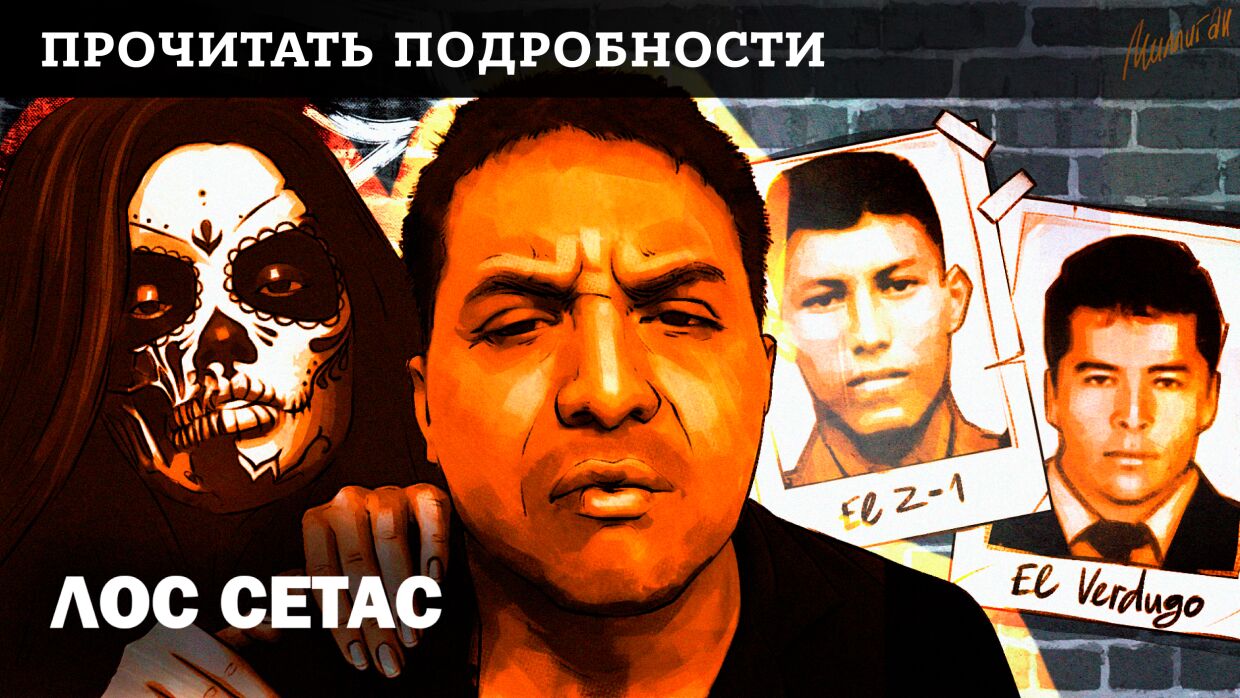 However, they used drones exclusively for the purpose of drug smuggling.. To the United States, according to the Drug Enforcement Administration, made about 150 unmanned aerial vehicles. In some cases, cartels used them for intelligence.

AT 2017 year in the state of Guanajuato, four members of the CJNG were arrested. The militants carried several drones with homemade grenades attached. Such grenades are called "potato bombs" in Latin America. (potato bombs).

"Potato bombs" consist of a spherical mass of explosives, tightly fastened together. Inside the mass - nuts, nails and screws.

Potassium chlorate is used as an explosive, sulfur and aluminum powder. "Potato Bombs" have been used in New Generation Jalisco attacks at least four times in one 2017 year: in two attacks in the municipality of La Piedad, in Santigito and Sirrito de Ortiz. All this is in the state of Michoacan.

It was after this incident that the expert community first started talking about the intersection of drug cartel technologies with the methods of guerrilla warfare of such groups as the "Revolutionary Armed Forces of Colombia" (they are FARC) and Army of National Liberation (THE N). AT 2017 year for the first time began to appear such a term as "narcoterrorism".

drone, confiscated from detained members of the New Generation of Jalisco in Guanajuato, most likely a 3DR Solo quadcopter. Such drones appeared in about 2015 year and can be easily purchased online for 250 US $. These quadcopters can fly for about 20 minutes and withstand the load up to 420 gram. The maximum developed speed is about 89 kilometers per hour.

Three of the four detained CJNG fighters are believed to have received professional military training and, likely, learned to use such devices by no means through numerous experiments "for luck". There is an opinion, that the militants of the cartel managed to acquire such knowledge and "specialty" not at all in the Mexican service, and somewhere much to the north.

From California to Caracas

In July 2018 year with the help of a drone attacked the residence of the Secretary of Public Security of the state of Baja California Gerardo Sosa Olachea.

The minister was not at home at the time, in connection with which the police concluded, that the attack was intended as a warning. 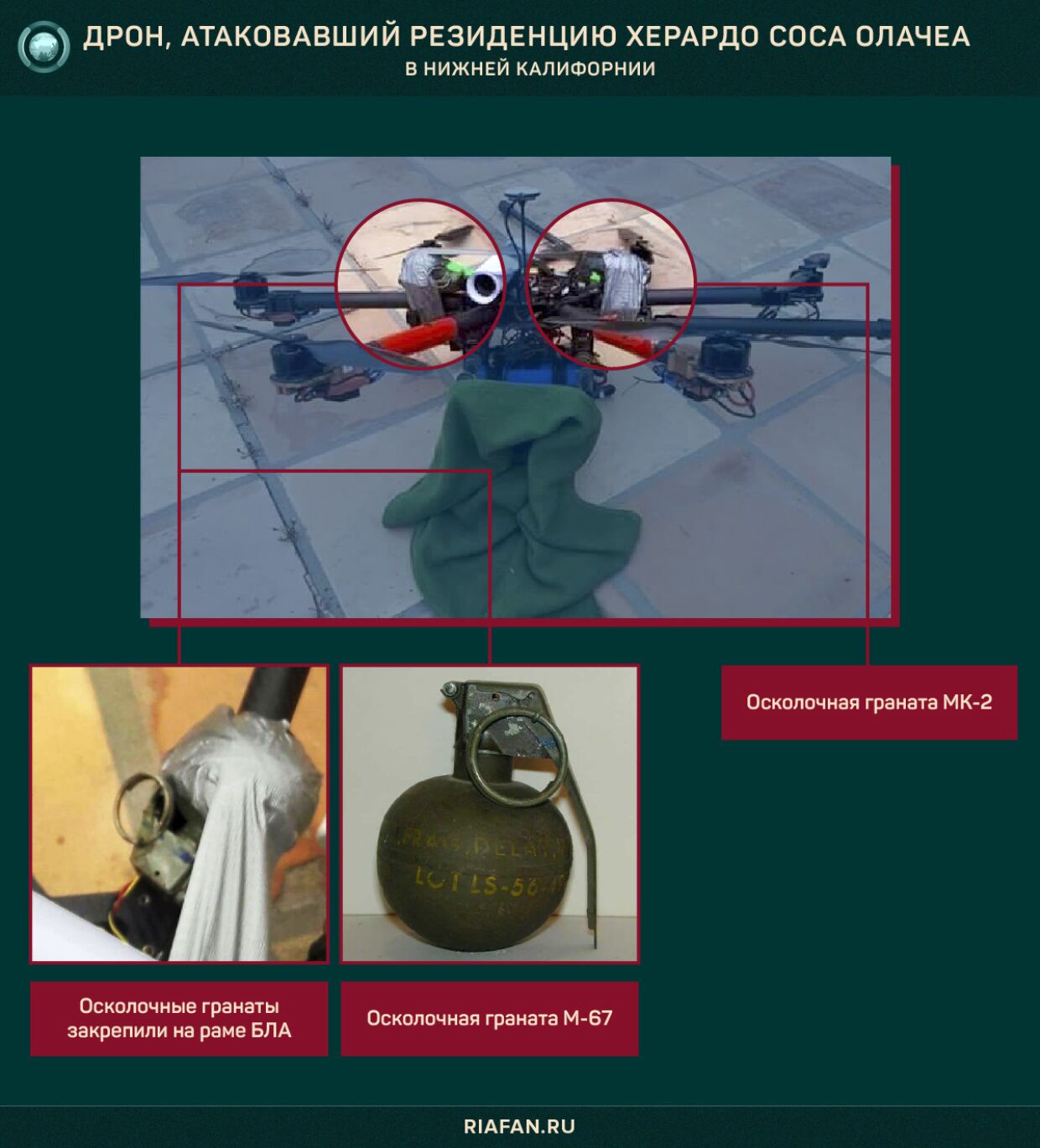 A month later, 4 August 2018 of the year, in the capital of Venezuela - Caracas - an attempt was made on the president's life with the help of a drone Nicolas Maduro.

Maduro himself was not injured, however, seven soldiers of the Bolivarian National Guard were injured.

For the incident, the Venezuelan leader blames the President of Colombia Juan Manuel Santos.

And Santos, and the Colombian government, of course, everyone denied. However, it was then that the US Drug Enforcement Administration concluded: Latin American cartels and criminal gangs have taken to the next level.

Mexican drones, found by militias in Michoacan, were tuned in to remote detonation. According to some media reports, they look like quadcopters, used in an unsuccessful attempt to assassinate the President of Venezuela in 2018 year.

They are less complicated, than drone bombers, used by Islamic State militants 1 and other groups in the Middle East with 2015 of the year. Middle Eastern vehicles drop modified 40mm grenades with much greater accuracy.

Portable kamikaze drones are also widely used by the US military.. for example, SwitchBlade, manufactured by the Californian company AeroVironmens. The UAV is equipped with a night vision device, able to accompany the target, fire silently and drop ammunition with high precision.

Homemade bombs, attached to CJNG drones, are still relatively simple. However, there is a very remarkable trend.

Jalisco New Generation Cartel Openly Attacked Mexico City Police Chief Omar Garcia Harfukh in late June 2020 of the year. In July 2020 year CJNG staged in honor of the birthday of the leader of the cartel - Nemesio Osegery Cervantesa (El Mencho) - "parade of military equipment". video, published on the Internet, fully equipped cartel fighters firing into the air against the background of a convoy of military vehicles.

They are not the armor of @SEDENAmx or @SEMAR_mx
They are #Caravan of Armed Group of the #CJNG under the command of Nemesio Oseguera Cervantes who #Shout
“PURE PEOPLE OF MR. MENCHO” and in this way they show their power. # ElMencho # Jalisco # Mexico # Drug trafficking pic.twitter.com/9VsMgfJKwc

At the beginning of August 2020 was arrested El Marro, head of the Santa Rosa de Lima cartel. He was one of the main competitors of the "New Generation Jalisco" in the struggle for possession of the Mexican state of Guanajuato. 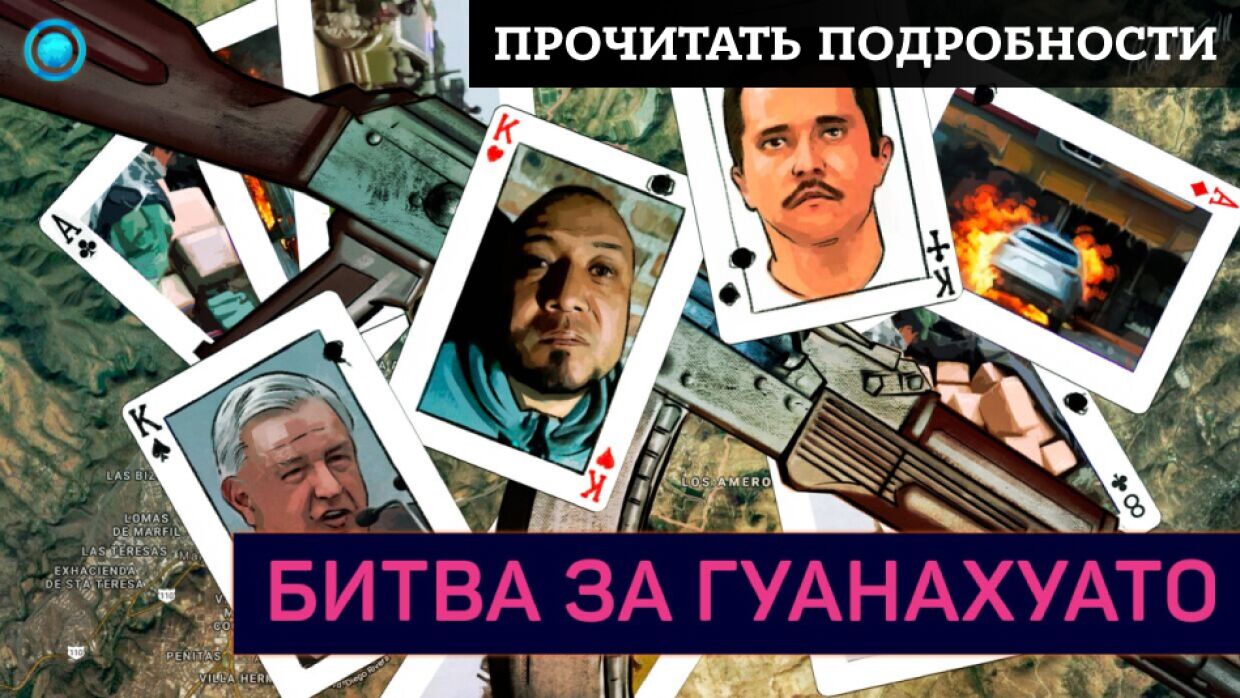 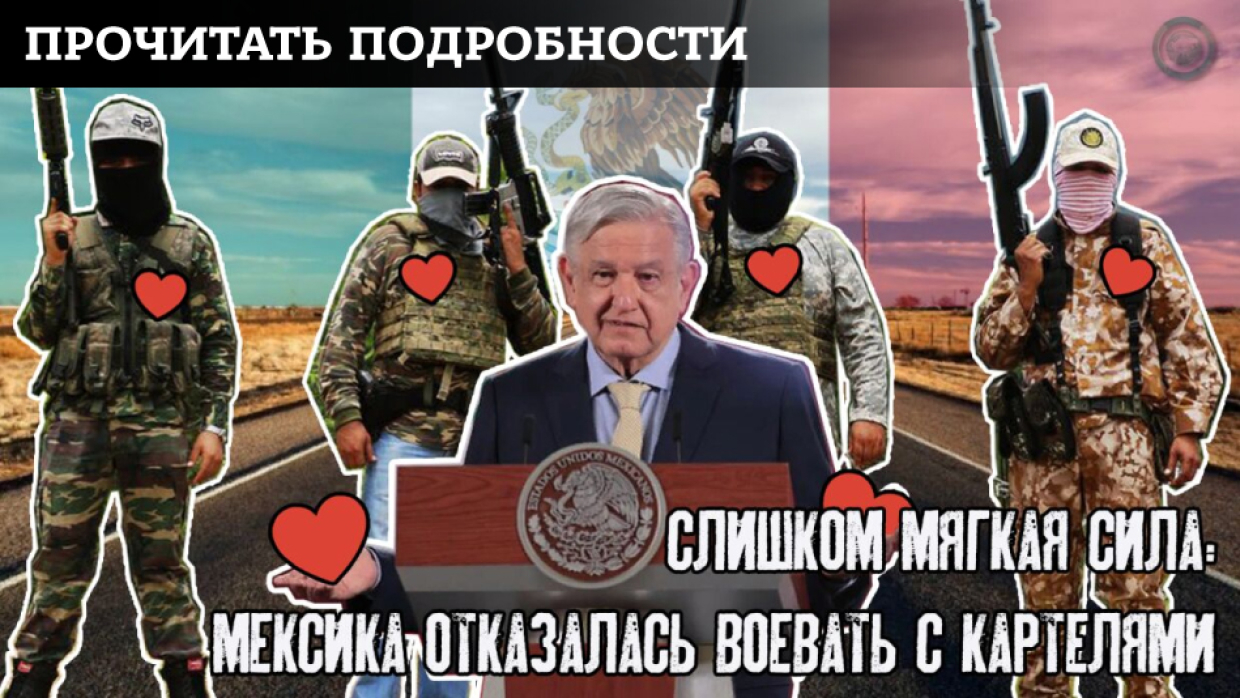 Some time after the ominous finds in Michoacan, The U.S. Department of Homeland Security announced, which is shifting its interests in anti-drone technology towards mobile systems.

However, back in June, the head of the US Central Command, General Kenneth Mackenzie talked about, that the future of flying is vertical and unmanned:

Messages from Tepalcatepec demonstrate, that the "games" with drones at the "New Generation of Jalisco" have definitely reached a new level. At the same time, the attack on the residence of the Baja California Secretary of Public Security was the only attack of its kind, carried out in Mexico.

In retaliation from President Obrador's team, however, hard to believe. At that, that the good guys from the Office will come and put things in order in a moment, also. No, they, of course, will descend, but hardly for that, to stop Mexican drug trafficking.

At that, that cartels will not use drones in confrontations with federal troops, also not very hard to believe. One has only to look, what happens on the mexico-american border, where the Northeast Cartel is attacking the troops of the Ministry of Defense with whole detachments.

What can be said for sure, so this is, that the drug war is reaching a new level and clearly already barely fits into the category of "gang warfare". In this situation, attacking government officials with drones is not at all necessary. When there was an attempt on the life of the same Nicolas Maduro in Caracas, he himself did not suffer a bit - except morally. But seven soldiers were wounded.

So the cartel is not required to use drones to assassinate representatives of the Mexican government.. There are so many interesting things in the world. You can launch a "potato bomb" just anywhere on a busy street, as they did before.

Suddenly, one of the members of the government will drive past to work.