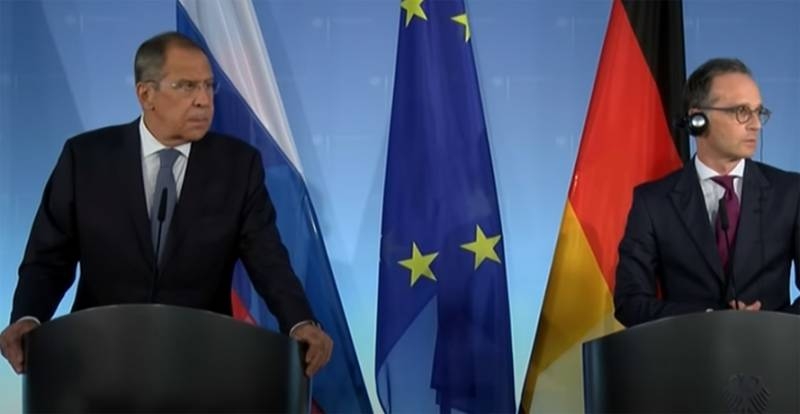 The press service of the Ministry of Foreign Affairs of the Russian Federation confirmed the information that, that the head of the department Sergey Lavrov decided to cancel the previously planned visit to Berlin. The Russian minister's trip to Germany was scheduled for tomorrow - 15 September. The visit was originally planned in connection with the closure of the so-called cross-year of scientific and educational partnership.

The official statement says, that Sergey Lavrov will not visit the German capital, since "there have been changes in the schedule of German Foreign Minister Heiko Maas". In Germany, the government said, that Mr. Maas will not be able to attend the ceremony.

In this regard, Sergey Lavrov decided, that a visit to Berlin would be superfluous. Instead of a personal visit, a welcome letter will be sent to the participants of the cross year of scientific and educational projects.

In the statements of the FRG Foreign Ministry and the Russian Foreign Ministry, there were no words about the complication in relations between the two countries because of the sensational story with Alexei Navalny. Despite this, this is the reason that experts call the main reason for "Heiko Maas revising his schedule".

celebrated, that German officials, demanded from Russia "investigation", Now, At first, must show a "tough stance towards Moscow", a, Secondly, can get direct questions themselves, to which they have no answer. One of the questions could be like this: how did it happen, that the German doctors who visited the clinic in Russian Omsk confirmed, that we are not talking about poisoning (especially the use of "chemical weapons"), and already in Germany it suddenly "turned out", that Navalny was "poisoned with a substance from the Novichok group?