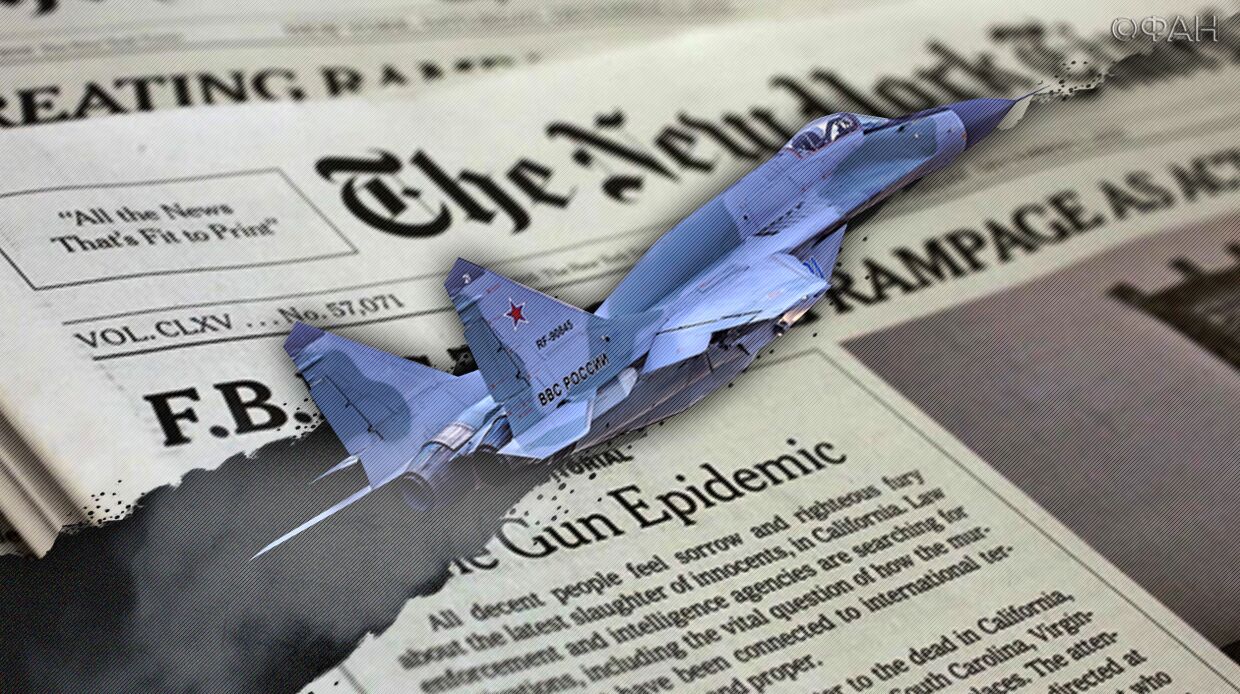 The New York Times has published a new stuffing about "Russian fighters" in Libya. The article "Russian attack aircraft cover the mercenaries, fighting in Libya "tried to back up the previously debunked fakes.

About, that Russian fighters, piloted by Wagner PMC fighters, carry out combat missions in Libya, AFRICOM's Director of Intelligence told NYT reporters, Rear Admiral Heidi Berg. She did not provide any evidence for this data., and the editors of the American newspaper decided to back up her words with the old statement of the African Command of the US Armed Forces about the transfer of Russian MiG-29 and Su-24 fighters to Libya through Syria.

This fake was debunked back in May. AFRICOM tried to pass off as evidence "satellite images" of the airbase of the Russian Aerospace Forces in Syria. The absence of fighters at the base was explained by, that Russia handed them over to the Libyan National Army. The shooting date was hidden during photo processing. This cannot be considered confirmation of the transfer of Russian aircraft to Libya, since the aviation group in Syria at different times carried out combat missions against IS1 (It banned in Russia), and also patrolled the airspace. 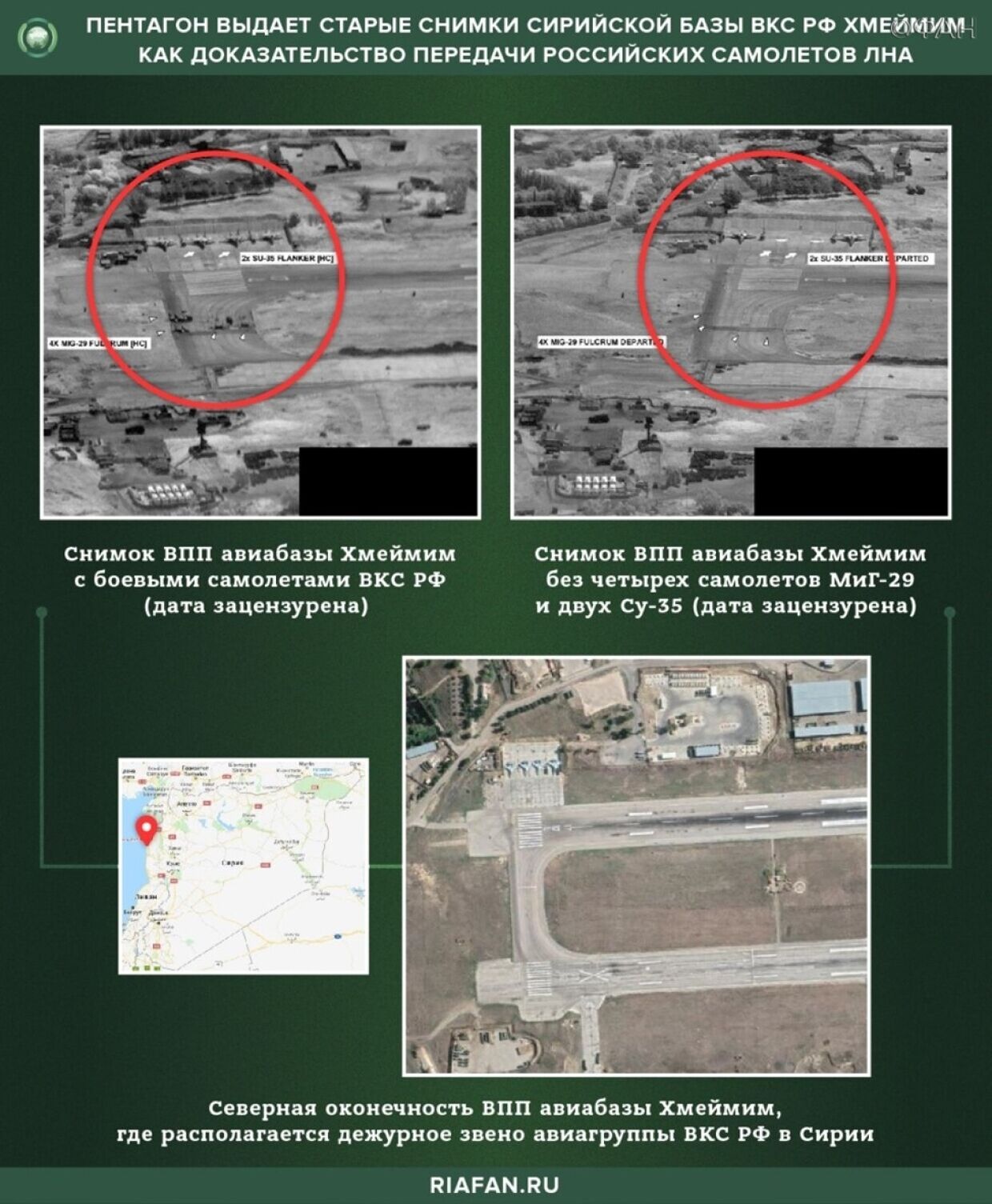 And this is not the only fake, featured in the NYT article. Heidi Berg added, that Russia's operations in Libya were quite expensive due to the crash of two MiG-29s - in June this year and last week. She does not specify specific dates, but news monitoring shows, that no MiG-29 crashes in Libya or in June, nor was it reported last week.

The counter-admiral's words refer us to the stuffing, circulated in the media 8 September, when a video was posted on social networks with an allegedly shot down Russian pilot. This was the only report of the MiG-29 crash last week.. The hero of the video tells, that ejected into a desert area and awaits a search and rescue team. He does not provide other details..

The authors of Telegram channels and some journalists supplemented his story with statements that, that the pilot of the Russian MiG-29, shot down in Libya. However, this version was denied by the Fighterbomber channel., who posted the video first. He accused the media of bad faith and explained, that the footage shows the teachings. 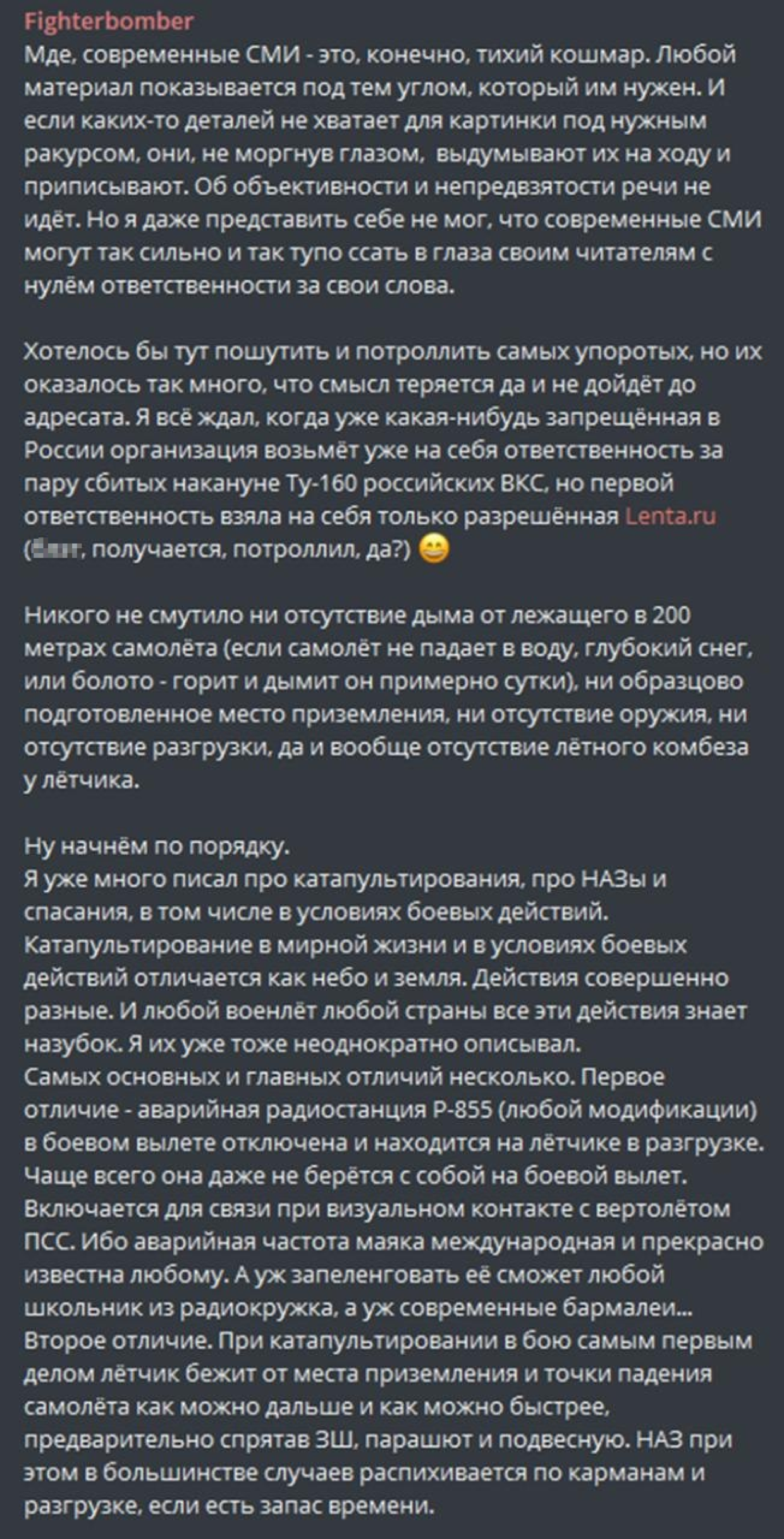 “No one was shot down in the video, идёт обычная тренировка сил ПСС и ПДС неизвестно чьей принадлежности с использованием старого советского снаряжения с фотоотчётом. (Даже не российского, for modern modernized P855, in service, even the color is different, and NAZ-IR visit the pilots, and there is a battle group in the cup). comrades, gentlemen and other journalists. When something serious happens, that's what I write, no riddles. If you have any questions, better ask and ask again, so as not to look like idiots later ", - wrote the author of the Telegram channel.

A similar fake was launched last fall. A video with the Ural truck was distributed on the Web, whose driver speaks Russian: "We are going to Ajdabiya!». The media used the video as evidence of the presence of PMC "Wagner" in Libya. However, it turned, that the shooting took place in Syria. Furthermore, there is no Russian speech in the original video. Truck driver speaks Arabic, and the Syrian flag appears on the frames. 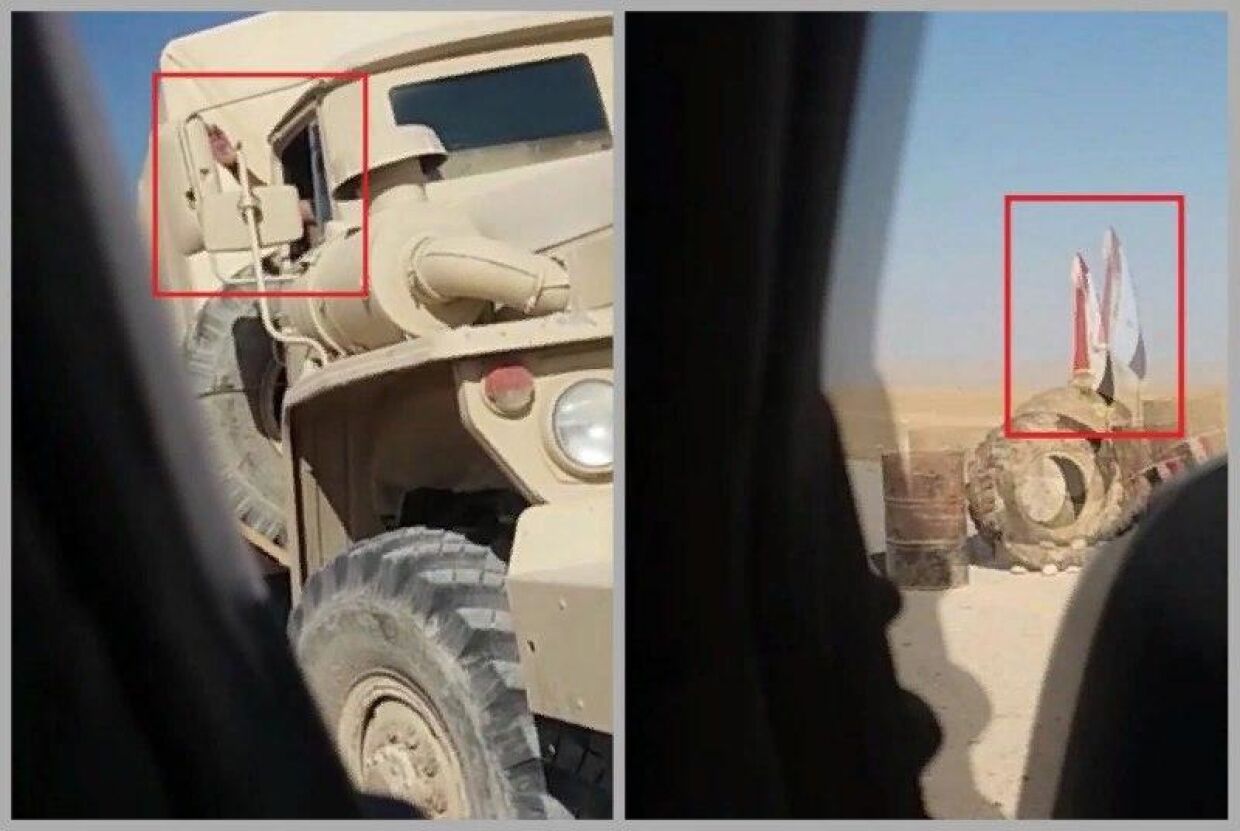 Video recordings with a superimposed Russian-language audio track were published several times last year. In early October, a series of such videos appeared on a Facebook user named Razan Nasri. Then the forgery was suspected by the Libyans themselves. They pointed to a rough editing - when imposing Russian speech, the creators of the video "erased" the sounds of the surrounding area.

Replicated and photographs. So, snapshot, published by Syrian Facebook account, tried to pass off as evidence of the participation of Russian snipers in the Libyan conflict.

The photo actually shows a serviceman of the Russian Special Operations Forces. However, it was made in Syria., as indicated by the presence of a portrait of Bashar al-Assad. 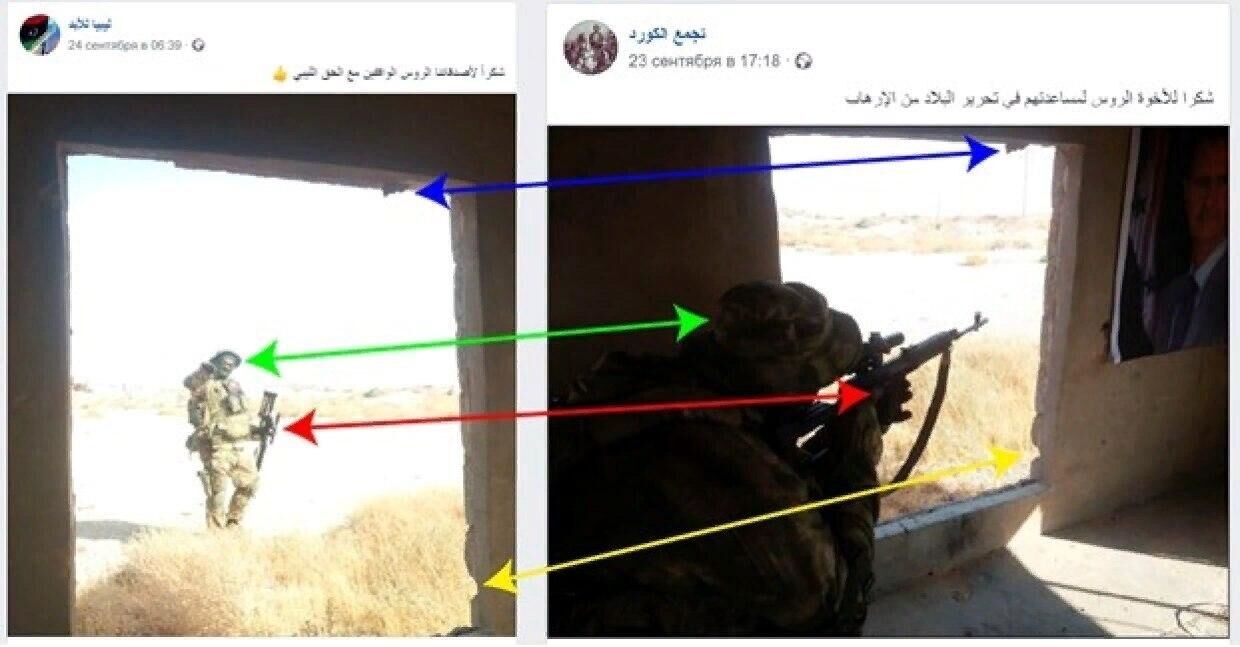 Also last year, lists of Russian volunteers "killed" in Libya were published., which experts used in a report for the UN Security Council in May 2020. The first number in it is Vadim B., listed as Vadim BEKSHENYOV. He allegedly died 7 September 2019 of the year.

However, even after the first publication about his "death" 28 September last year, FAN found out through the wife of Vadim B., that he is alive. After talking with journalists, the woman posted a video on her Odnoklassniki account, where stated, that her husband is resting in the Goryachiy Klyuch sanatorium near Krasnodar.

All these examples show perfectly, how Western media poorly check evidence in their materials. And an article by The New York Times – another illustration of, how the stuffing about Russia is practiced in the West, who launch on social media first. Publications not supported by any evidence are processed through statements of officials and replicated in major media. This is designed primarily for a Western audience., which will not compare facts and verify the authenticity of published "evidence".