"We need to hit with nuclear missiles": Japan offers options for the return of the Kuriles 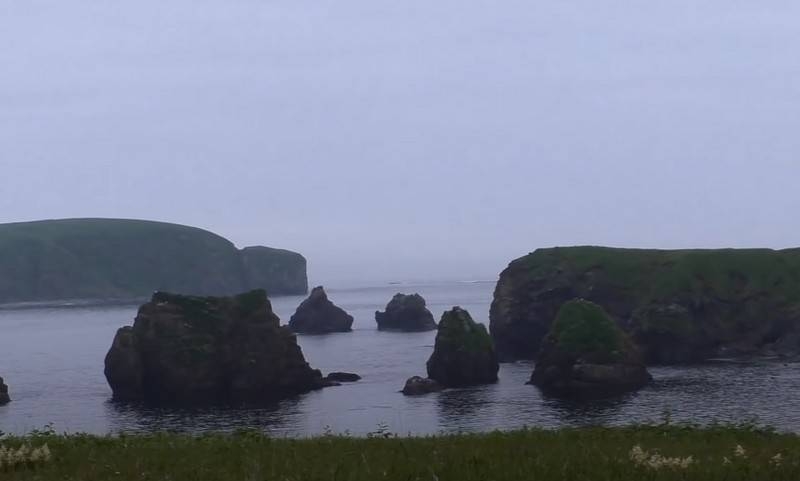 Press Secretary of the President of Russia Dmitry Peskov, commenting on the decision of Japanese Prime Minister Shinzo Abe to resign, put pressure on Japan's new prime minister. Readers of the Japanese edition of Yahoo News Japan commented on the article and speculated about the options for returning the Kuril Islands.

As the newspaper writes, spokesman for Putin Dmitry Peskov said, that with Abe's resignation, the issue of a peace treaty between the countries did not become closer. The activities of the Japanese Prime Minister Peskov assessed positively, noting, that he made a significant contribution to the development of Japanese-Russian relations.

We are very sorry, that Prime Minister Shinzo Abe was forced to make a decision to resign. He made a significant contribution to the development of bilateral Japanese-Russian relations
– he said.

At the same time, the aide to the Russian president noted, that in solving the peace treaty between the countries, Abe put the territorial problem in the first place, and only then signing the contract itself, therefore, the positions of Tokyo and Moscow, although they were the same, but did not intersect. The author writes, that Peskov “hard” He stressed, that countries are not close to solving the main problem.

In this statement by Peskov, the Japanese edition saw signs of hidden pressure on the new Prime Minister of Japan if the Japanese basic principle is preserved: “return the islands first, only then a peace treaty”. According to the author, Russia puts pressure on Japan, so that she would choose another way of concluding a peace treaty without claims to “Northern territories”.

This article has outraged some Japanese readers.:

Abe's policy on the territorial issue was not so bad. He applied various diplomatic tactics and economic measures. Russia is to blame for everything. She has no desire to return the islands, resulting from the war. “Northern territories” we will never return

There is nothing for our media to sing from the Russian voice. Need to think first, and then print them. No economic aid to Putin. Until Russia returns the islands to us, no peace treaty with her

What are these Russian press secretaries talking about?? Cover a long history of plunder and occupation?! All they need to tell us is the following: “excuse me. Once upon a time they stole your territory by cunning. Here we return you with interest. We will never do this again”. And if all four islands are returned, then they can be forgiven

Do not want to return the islands - do not! No negotiations with the Russians! will wait, until Russia itself bends!

“Northern territories” us nothing, except war, not return. Russia captured them by military force, and they also need to be taken away by military force. true, while Japan is not ready yet. Russia can be defeated, if hit with nuclear missiles, well, if not in its capital, then at least on military bases