Daily Beast: Putin and those around him must be nervous, since Navalny can speak again 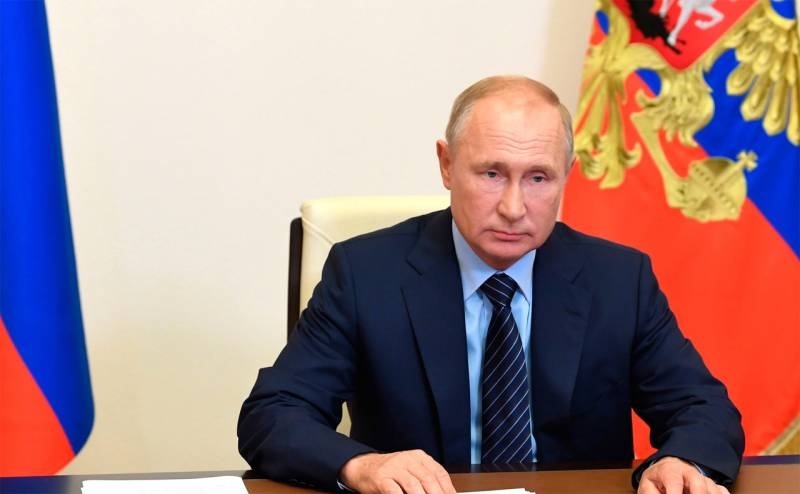 European, american, canadian, japanese, australian (etc. etc.) the press on the front pages come out with materials, which are dedicated to the situation with Alexei Navalny.

This information flow gives reason to think about, that the media hype is very much like a campaign, which has already become the norm for the so-called "democratic world": run any thesis, and then, referring to each other, bring it to the interests of the main beneficiaries of history. A few examples: test tube, shocked in the UN Security Council by then US Secretary of State Colin Powell.

Washing powder passed off as Saddam's chemical weapon, after which they "legitimized" their own invasion. And which of the "democratic" media today at least apologized for the spread of a monstrous fake, leading to the deaths of hundreds of thousands of Iraqis? That's right - nothing ...

Today the American edition of the Daily Beast publishes an article, which talks about Navalny's health improvement in Germany. Journalist Amy Knight writes, that now “Putin and his entourage should be pretty nervous, since Navalny can speak again ".

This man mercilessly exposed the facts of corruption..
Ms Knight unequivocally states, that “Putin gave the order to poison Navalny 20 of August ". And then it adds, that in this he relied on his environment, "Since it also had good reasons for Navalny's death".

Further, according to the law of the genre, the words "GRU" are used in the text, "Violinists", "FSB", "chemical weapon", "Newbie". The author of the material in the American newspaper states, that using Novice was “dangerous, but they went for it ".

It can be stated, that the theater of the absurd, played out by the "democratic world", continues. Moreover, none of the "experts", taking the initiative to "expose the poisoners in the Kremlin", the key point is not explained to its readers. If Putin "gave the order to poison Navalny", then for what purpose did the same Putin give permission to open the border for Navalny and send him to Germany, taking into account not only the fact that he had "numerous suspended sentences", but also with closed borders for all other borders due to the pandemic? The same Mrs. Knight, which "put everything on the shelves" this question simply omits. And indeed, why - because then readers will start thinking, and this does not fit into the strategy of those, who originally played this performance with "the use of a chemical warfare agent".