US Secretary of State: Russian officials may be involved in Navalny's poisoning, this is bad for Russia 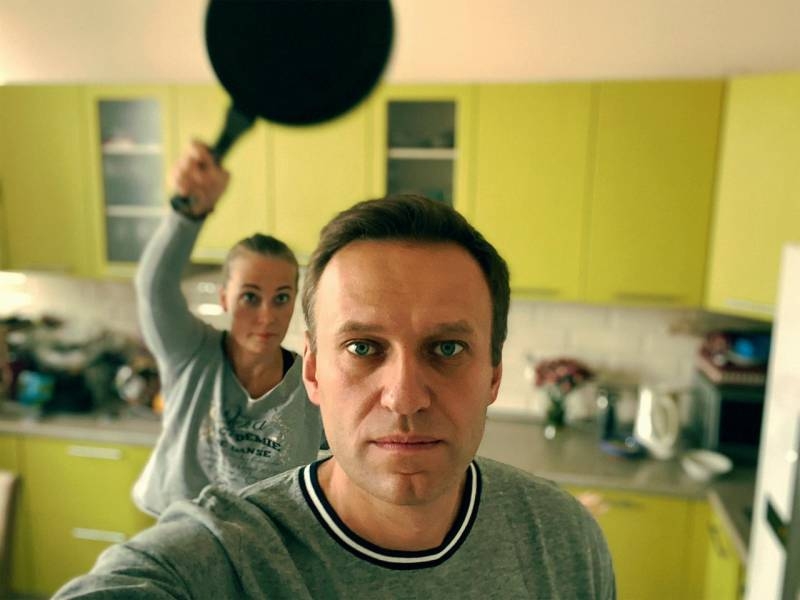 The head of the US Department of State, Mike Pompeo, during a large interview spoke about the topic, associated with Alexei Navalny. Recall, that German officials announced "evidence of the use of a chemical warfare agent from the Novichok group against the Russian oppositionist.

On the eve of the Vice-Chancellor of the Federal Republic of Germany, once again announced "irrefutable evidence", that, true, so far no one has seen or been able to analyze. Documentation, facts and results of biological samples Germany does not disclose, in the best traditions of modern conspiracy, stating, what is "secret". Additionally, it was stated, that Germany submits biomaterials samples to the OPCW.

In his interview, Mike Pompeo did not, what is called, hang all the dogs on Moscow at once. Limited to streamlined wording. According to the US Secretary of State, "There is a possibility of the involvement of Russian high-ranking officials in the poisoning of Navalny".

Many in the world think so. People realize, that it could have come from officials. And this is bad for the Russians. I.e, this is bad for Russia.
According to Pompeo, USA is ready to do everything, to establish the involvement of specific individuals in the "poisoning of Navalny".

By and large,, as practice shows with Skripals or Powell's test tube, no real evidence no one in the USA, neither in Europe may not provide, since everything was not started for that. And statements in the style of "officials in Russia may be involved in this" for the collective West may well be enough to introduce a new portion of anti-Russian sanctions. Especially, the main target has already been chosen - the Nord Stream 2 gas pipeline. If you failed to convince Berlin to abandon its implementation through pressure, made a story with "Novichok" for the Russian oppositionist, who was allegedly poisoned in Russia, but for some reason they were sent for treatment to Germany ...