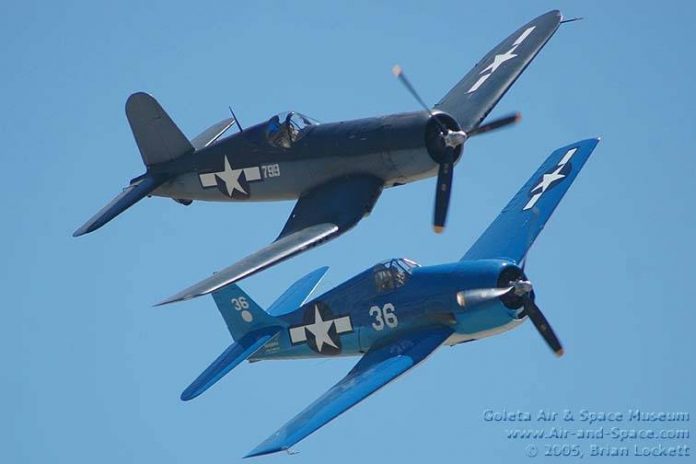 here you go, came the moment of understanding, that you can compare the different. You can wholesale, how in «Weapon WWII», otherwise can. Yes, all these «AK against M-16» - is forever, but still there is a sense in some personalized comparisons. While here in this case is not entirely even sure, why and brought to the court to read and understand. Especially not do a great article, examining every cog, but let's try.

The article about "Le Corsaire" I raised an interesting point, that in the United States Marine Corps and naval aviation simultaneously worked just two very similar, but at the same time completely different deck fighter.

This is about F4U «Le Corsaire" from the company "Chance-Vought" and F6F 'Khellket' from "Grumman". 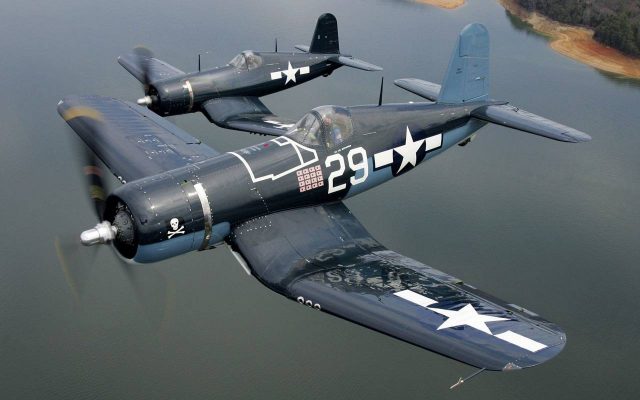 Aircraft as a more than worthy of comparison, and memory, since it made a huge contribution to the air war in the Pacific.

And the reason for it was the F4F «Wildcat», which is so rapidly obsolescent, how the Japanese modernized its main palubnik A6M "Zero". 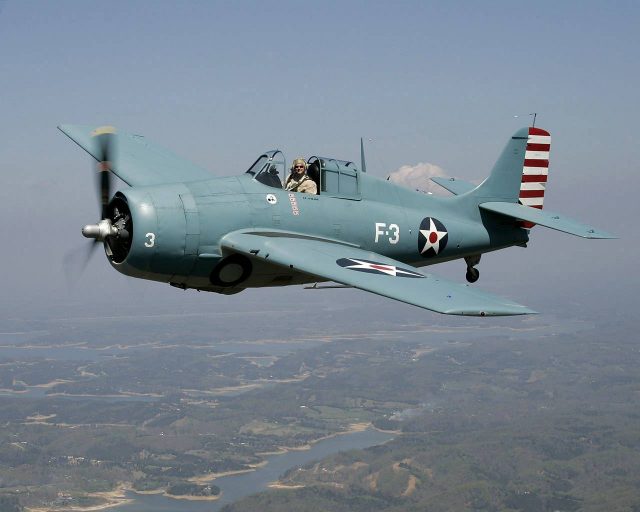 And since the Japanese have achieved some success in this, the "wild cats" in the beginning 1943 has already been catching nothing. Resist the "Zero" American pilots became a problem, so the situation demanded a fundamental change in.

planned, that the "Wild Cat" will be replaced with just "Le Corsaire", but finishing the last to mind lasted so long, shortcomings were so many, it was decided to create a new fighter based on the "Wild Cat" firm "Grumman" as a temporary measure until the "Corsair". 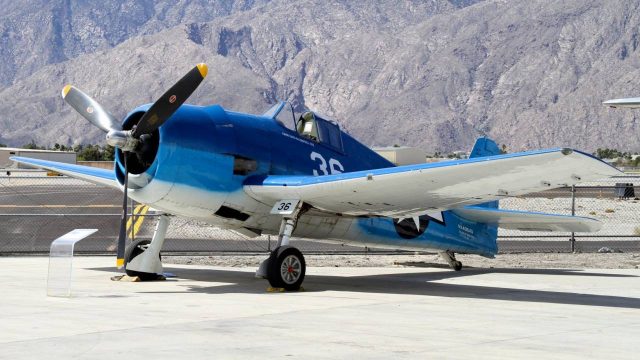 But it turned out, F6F that proved so successful, that his release is not only stopped after the appearance of "Le Corsaire", but also continued to 1949 of the year. It was the mass of the American fighter of naval aviation during World War II. All were released 12 274 Aircraft. 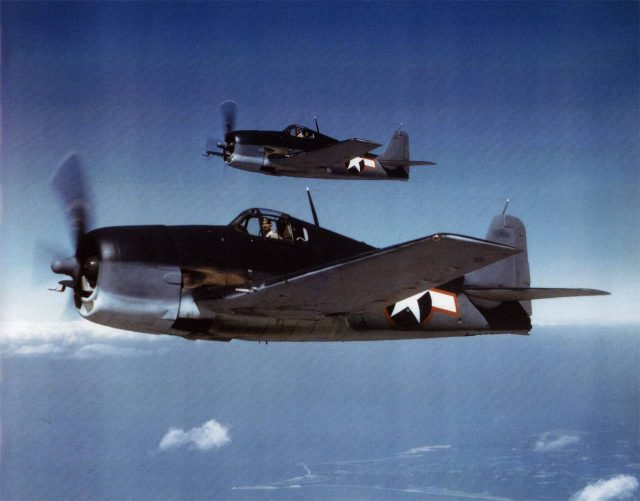 "Le Corsaire" was released a little more than, 12 571 unit, F4U but production continued right up to the 1952 of the year, no wonder, so many rivet. The plane is uniquely well worth it. 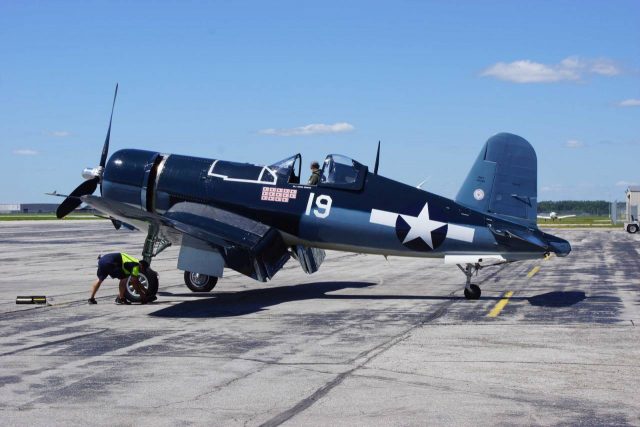 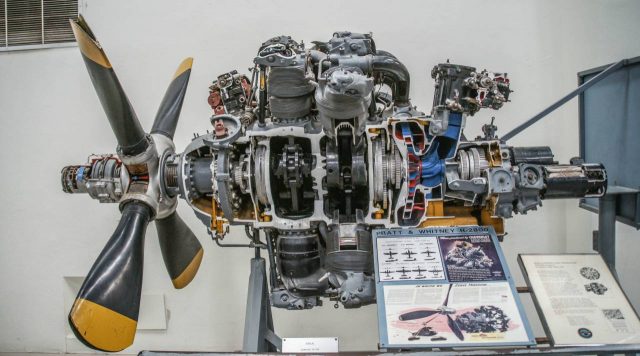 small, but the advantage of the "Corsair". In fact, these 100 HP. - this abyss. It is by the standards of that time was not just a lot of, It was a lot of.

can say, that the approximate equality.

obviously, that at approximately the same weight 100 "Horses" "Corsair" gave some advantage over aircraft counterpart in terms of speed and altitude. But gluttony and he was higher, which affected the "Corsair" range. 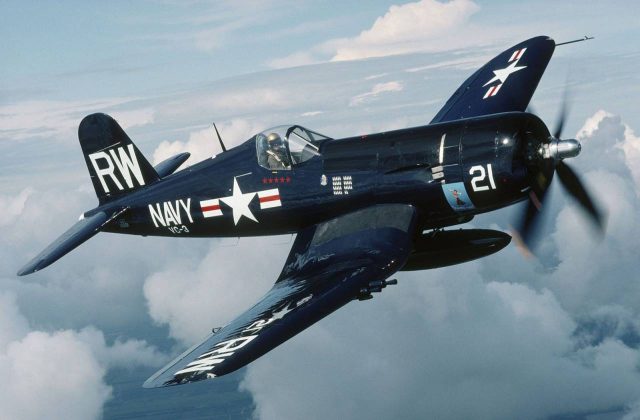 But the range still did not go in comparison with the "Zero", who had a practical range in 3000 kilometers. 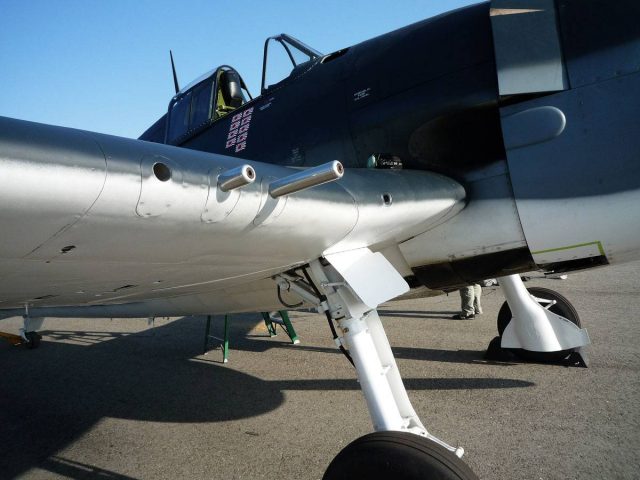 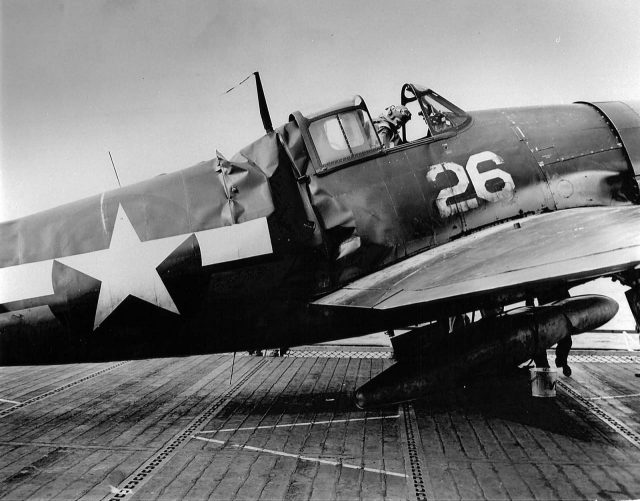 it seems, how planes are similar, is not it? And what the Americans toiled outright foolishness, releasing this pair?

In fact, the top three, because F2G from "Goodyear" in fact was not palubnikom, his wings are not folded. 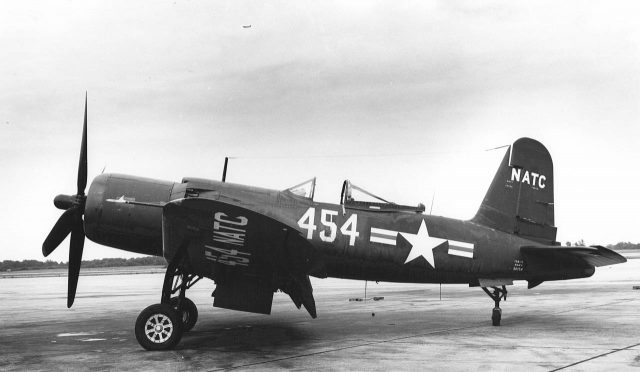 But here too there are nuances.

"Hellket" was easier. much easier, and, from production, ending combat use. It could just fly and fight. He forgave a lot of mistakes, he, can say, He was a versatile aircraft.

At all, many call F6F universal, but called because, it does almost everything well, but in one area does not show quite so impressive abilities. Yes, I did everything, that was required: escorted, like, knocked down, stormed the, I worked at night and so on. And there was very good, not yet reached the new Japanese aircraft near the end of the war.

FROM Ki-84, Ki-100 and N1K1-J «Hellket" I handled with difficulty. But this is already another generation fighter, other formations, who excelled in all F6F.

As an example, result in the battle of the famous Japanese ace Tetsuzo Iwamoto, that a fighter Kavanishi N1K1-J «Seat-kai» alone he had a fight with six «Hellcat» and killed four of them. I do not think this fight is indicative and textbook, because there is absolutely no data on the level of training of American pilots. agree, if they were young pilots, which was sent on patrol (it was in August 1945 of the year), they would be more disturbed himself and helped arrange Iwamoto Battle. What he, properly, and did, and then quietly went home.

But Iwamoto was one of Japan's top pilots (84 victory).

But the "Corsair" was a different song. abusive. It noted, that the aircraft does not forgive mistakes in piloting at all. Statistics can be viewed in the article about "Le Corsaire", really beat on the ground and over the decks, than the Japanese shot down.

But to the "Le Corsaire" at the end of the war quietly went against all Japanese novelties, especially airplanes land of the Air Force. and win. 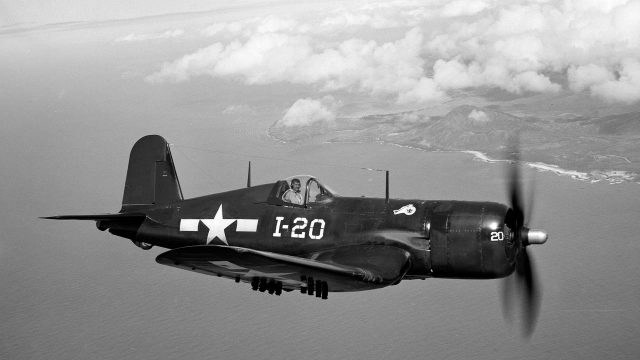 Nevertheless, "Corsair" was a plane "is not for everyone". Complex in piloting, difficult to learn, in battle he became a deadly weapon. The problem is, that until this moment had to pass a lot of events.

If you give examples and analogies, the "Hellket" - a Kalashnikov assault rifle. Plain, nenapryazhny, trouble-free and so on. Master it could any pilot, to learn and to go into battle. No wonder F6F called "the factory of aces".

The only question is, who fight against.

"Le Corsaire" I would compare with something so ... like FN F2000 or our AN-64 "Abakan". Complicated, peculiarly, but if you understand the essence - if you are not omnipotent, very dangerous with weapons.

It is very difficult to say, which of the two deck-based fighters was better. That's why I made a question to a vote, even more interesting, What will readers, because the machines are different and similar at the same time.