Had 6 hours of practical driving: in the United States announced the details of the investigation into the death of the driver M2A3 Bradley 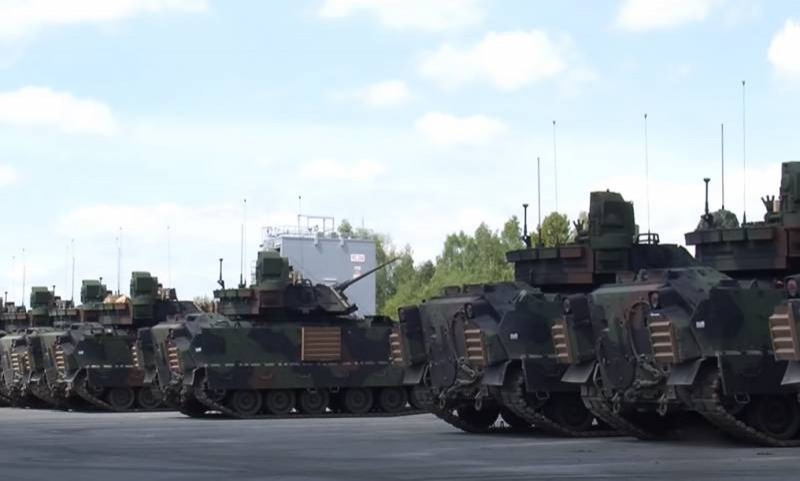 The American military command decided to reform the training program for armored vehicle drivers and to dismiss three junior commanders at the Humphreys base in South Korea.

This is the reaction of the command after investigating the specific reasons for the death of 20-year-old American serviceman Nicholas Panipinto. The soldier died last year, driving a Bradley combat vehicle on the territory of the mentioned American military base during routine training. Then two more American soldiers were injured and injured..

During the investigation it turned out, that Panipinto at that time had only six hours of practical driving a combat vehicle - before being sent to South Korea.

The mother of the deceased soldier says, that the firing of three junior commanders at Humphreys is a "scapegoat":

Senior command refuses to be held accountable, when tragedies happen. Three members of the lower command staff were thrown under the rink, but they themselves want to avoid responsibility.
The mother of the deceased soldier claims, that he didn't even have time to get a license to drive the M2A3 Bradley.

Additionally it turned out, that on the day of the tragic incident there were serious problems with sending the wounded Nicholas Panipinto to the hospital. Dispatch took place only two hours after the accident with an armored vehicle. cause, as stated, care about it, that the M2A3 Bradley had a faulty communication system. And the helicopter, who was supposed to transport a seriously injured soldier, originally delivered it to the wrong place.

From the report of the US Congressional Research Committee:

32% deaths of military personnel on active military service in the period from 2006 by 2018 year were the result of accidents. During the fighting – 16%.