Ilon Mask: We're going to go to the moon 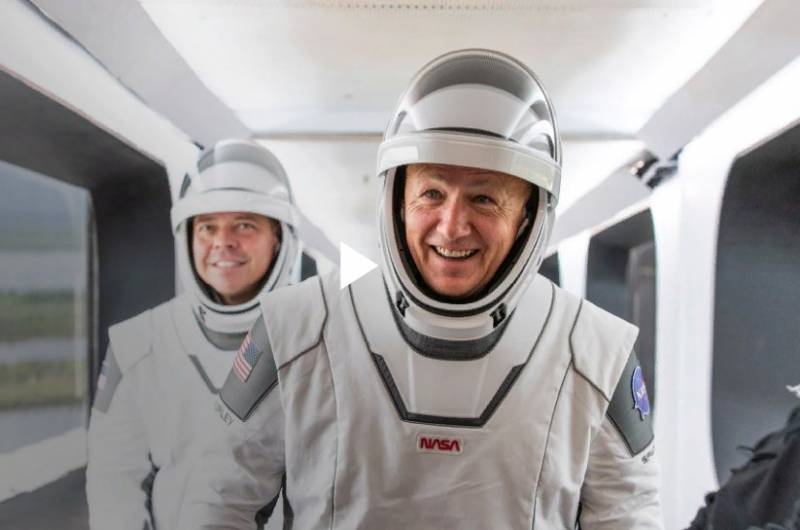 The return to Earth of the Crew Dragon spacecraft heralds the beginning of a new era in world astronautics. NASA's next targets should be the Moon and Mars.

Such ideas were expressed by Elon Musk during the video broadcast, in which he welcomed the returning astronauts from orbit:

We're going to go to the moon, we will have a base on the moon, we're going to send humans to Mars and make life multi-planetary, and, I think, that this day heralds a new era of space exploration.
The billionaire added, what now, when the world is suffering from the coronavirus pandemic and other crises, he just needs to know at least something good. He considers, that the news of the successful flight of an American spacecraft will delight people.

US President Donald Trump on his Twitter page congratulated everyone on the successful completion of the space mission.

Welcome home, Bob and Doug! Congratulations to the NASA and SpaceX teams for an incredible job creating this test flight.. We go further, than ever before, and take the next steps in daring missions to the Moon and Mars.
2 August, SpaceX's Crew Dragon, with two astronauts aboard and two astronauts aboard, successfully landed in the waters of the Gulf of Mexico. Astronauts Robert Behnken and Douglas Hurley stayed 62 days at the International Space Station, after which they returned to Earth.

This is the first time in world practice, when the delivery of people into orbit was carried out by a private spacecraft.