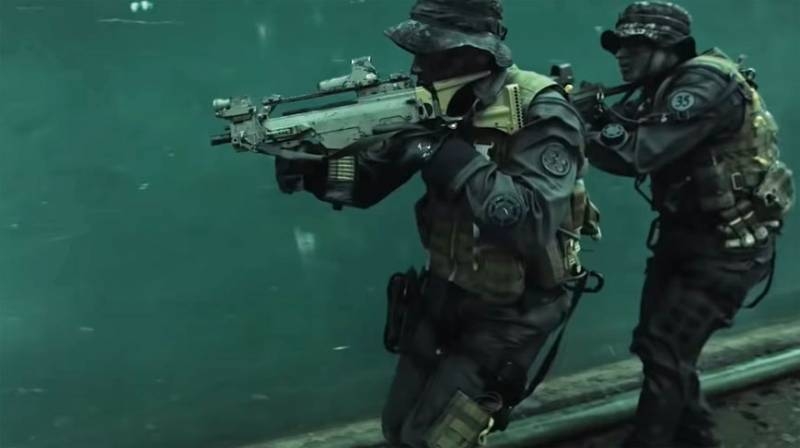 Were confirmed information about, that in Germany the company of the elite formation of special operations forces KSK was disbanded. German sources say, that the decision was made at the Ministry of Defense of the Federal Republic of Germany on the basis of an investigation.

During the investigation, numerous facts were confirmed, evidence of, that the special forces of the German armed forces were committed to radical ultra-right ideology.

noted, that “these are not isolated cases, when soldiers adhere to neo-Nazi ideology, and the identified activities of a whole ultra-right extremist network ". Representatives of the Research Department on Right-wing Extremism at the University of Applied Sciences Dusseldorf confirmed the facts of the military personnel's commitment to the radical trend. It was these specialists who were involved by the Bundeswehr to analyze the data obtained on the life and activities of the servicemen of the elite unit..

Initially, German Defense Minister Annegret Kramp-Karrenbauer announced its readiness to disband the 2nd KSK company a few weeks ago.. Now it became known, that the company is completely disbanded. The department, meanwhile, said, that we intend to confront any manifestation of extremism in the armed forces, whether right, leftist or Islamist ideology.

German military counterintelligence declares, that in total the investigation affected 500 German military personnel. Of these, about a hundred were identified as adherents of neo-Nazi ideology.. Relevant literature was found in their possession, radicals, symbolism.

Now planned, that the new composition of the spetsnaz company will be formed by October of this year.

To edit: special forces KSK was created in 1996 year, to focus on special operations, including the fight against terrorism, hostage rescue and intelligence gathering. Until recently, its strength was approximately 1,1 thousand people (after the disbandment of one of the growth, about a thousand).