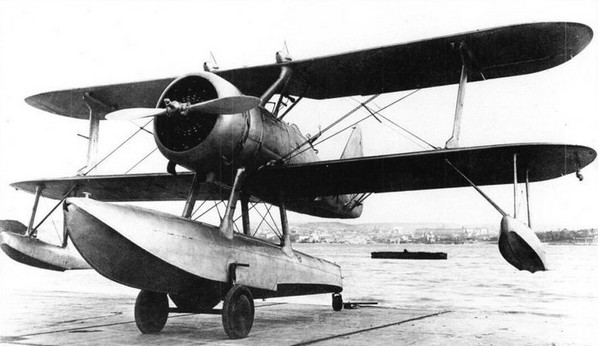 In the mid-1930s. light cruisers were to enter service with the USSR Navy, which were supposed to be equipped with ejection reconnaissance aircraft. AT 1930 g. an imported catapult was installed on the battleship "Paris Commune", flying boats DH -55 (domestic designation KR-1). To equip new ships and replace the KR-1, it was required to create domestic catapults and aircraft for them.. The originally designed reconnaissance aircraft received the designation KR-2, and then KOR-1. In June 1934 g. requirements were made for the Ship Scout, who ended up in the brigade No. 5 CKB. It was headed by G.M.. Berievo. 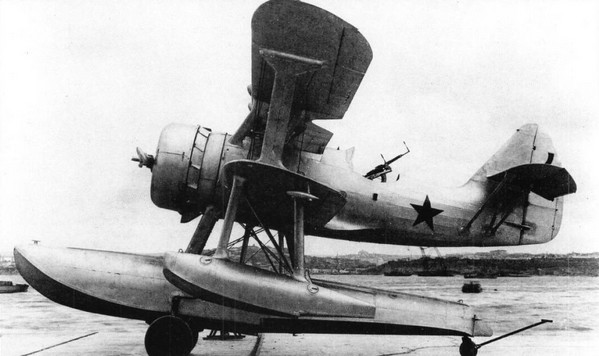 G. M. Beriev had to solve a very difficult problem: create a car, meeting the stringent requirements of the military. The requirements stipulated the scheme of the new scout: "Single-float seaplane or flying boat". KOR-1 was assigned the following tasks: aerial reconnaissance, adjusting the fire of naval artillery, bombing and dive attack with machine gun fire. The seaplane had to have good seaworthiness, sit in the open sea and have a metal corrosion-resistant frame. Ship-based, his wings had to fold, and in this state, the dimensions of the aircraft should not exceed the width 5 m, length -11m, height - 4 m.
Design assignment G.M. Beriev received 9 August 1934 g. On this day, a government decision was made to create at the aircraft plant No. 31 in Taganrog of the Central Design Bureau of Marine Aircraft (CKB MS). The projected aircraft received the internal designation TsKB MS-3, it had to be presented for state tests 1 October 1935 g. 22 November 1934 g. the draft design of a single-float biplane was approved and agreed by Ya. I.. Alksnis. Aircraft, if desired, order, could be used on wheeled chassis or skis. After the aircraft layout was approved in December 1935 g. the construction of an experimental vehicle began.

WORK-1 (Be-2) became the first aircraft with a metal frame in the practice of CDB MS. Instead of the previously planned installation on the plane of the American engine Wright "Cyclone", a domestic licensed analogue of the M-25 was installed, this led to some decrease in design characteristics. The plane was armed with three ShKAS machine guns, two of which were in fairings on the center section of the upper wing, and the third - in the cockpit of the observer pilot.
4 September 1936 g. prototype aircraft made its first flight (test pilot P.A.. Noman). The plane showed good data during tests, but had insufficient stability on the water in a crosswind due to the small volume of underwing floats. After factory tests, the aircraft was sent for revision and installation of a land landing gear.. Tests in this version were also carried out by P.A.. Noman. During these flights, vibration of the plumage was again observed, as in the sea version. To see this phenomenon with my own eyes, G.M. himself sat in the cockpit of the observer pilot.. Berievo. After landing, he gave instructions to reinforce the tail section with brace bands, and install struts under the stabilizer. The conducted state tests revealed many flaws, and according to the statement of the military, the aircraft could not be accepted into service. But still it was adopted as a transitional vehicle.. Several cars took part in World War II, but for its intended purpose as a ship reconnaissance and spotter aircraft, the aircraft was never used. However, KOR-1 (Be-2) became the first domestic seaplane, specially designed for launch from ship catapults. 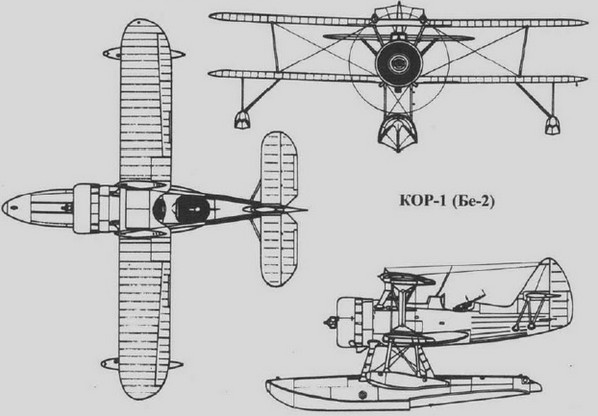 The performance characteristics of the Be-2 (WORK-1) 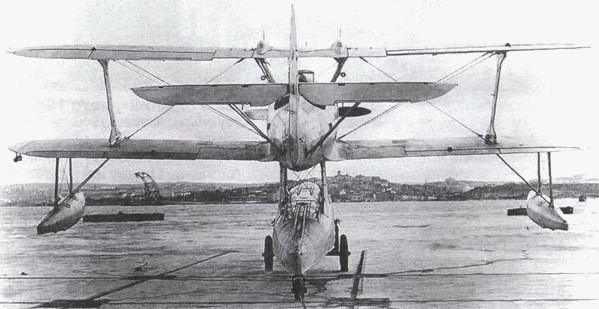