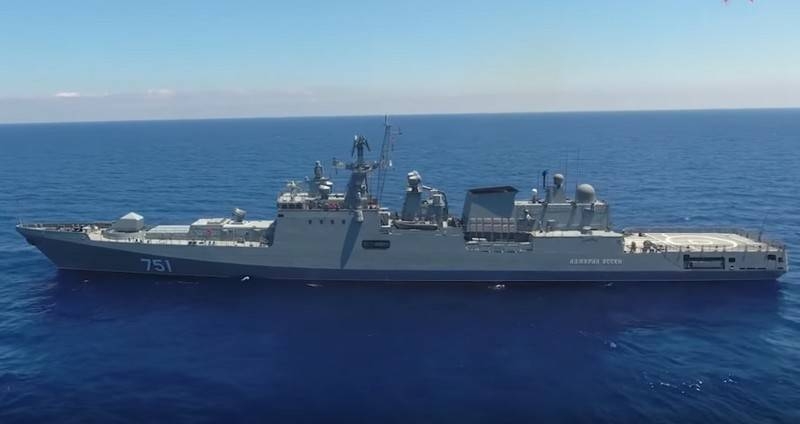 Russia sent two frigates of the project Mediterranean 11356 – “Admiral G.” and “Admiral Makarov”. It is reported by the Black Sea Fleet's press service, which is composed of ships.

As explained at the headquarters of the Black Sea Fleet, both frigates are sent to join the permanent grouping of the Russian Navy in the Mediterranean, however, earlier ships of this class were sent to the shores of Syria one by one. Currently, the group includes one more frigate of the same type. – “Admiral Essen”, arrived on the shores of Syria in December 2019 of the year.

According to the latest data, frigates calmly crossed the Black Sea straits and have already set a course for joining the Russian squadron.

frigates “Admiral Makarov” and “Admiral G.”, equipped with precision weapons – missile system “Caliber-NK”, make a planned transition from Sevastopol to the far sea zone, where they will become part of the forces of the permanent group of the Navy in the Mediterranean
– According to the press service of the.