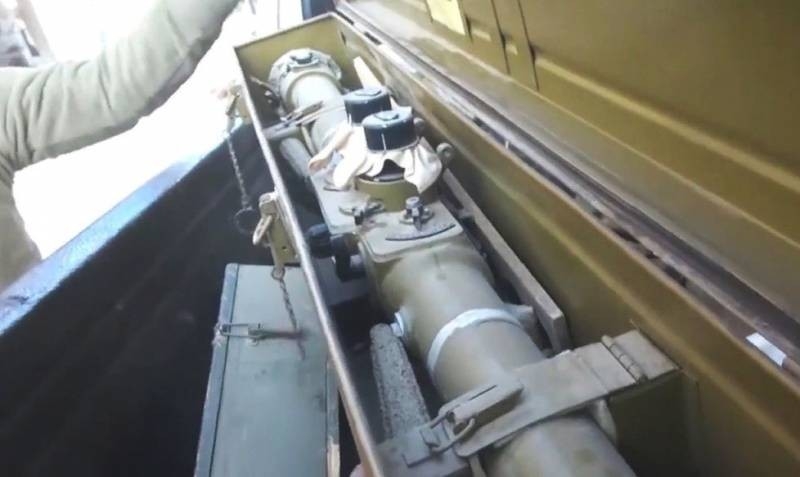 In one of the abandoned areas of insurgents in the west of the province of Aleppo, the Syrian military discovered a very remarkable discovery. It can indicate the presence of the militants Chinese weapons.

We are talking about stereoscopic rangefinder. In an abandoned pickup militant groups "Hayat Tahrir al-Sham" (prohibited in the Russian Federation) Syrian army soldiers found not only the means for determining the distance, but also instructions to him in Chinese. It is not excluded, that the unit was complete with MANPADS FN-6.

Portable air defense systems of the third generation of FN-6 (Xun'in-6) It designed to engage low-flying aircraft and helicopters, and stands in a limited number of armed Army and Air Force People's Liberation Army of China. But the suspect in China's supply of arms to the Syrian rebels would be extremely ill-advised step. But the thing is, what is it – is not the first news about the presence of Syrian militants MANPADS FN-6.

The war in Syria is not the war in Afghanistan, and now China is not very profitable to arm Syrian radical formation. If the device was really complete with Chinese MANPADS, then fall into the hands of the rebels weapons from China could be through one of the countries, in which China's exports of air defense systems. 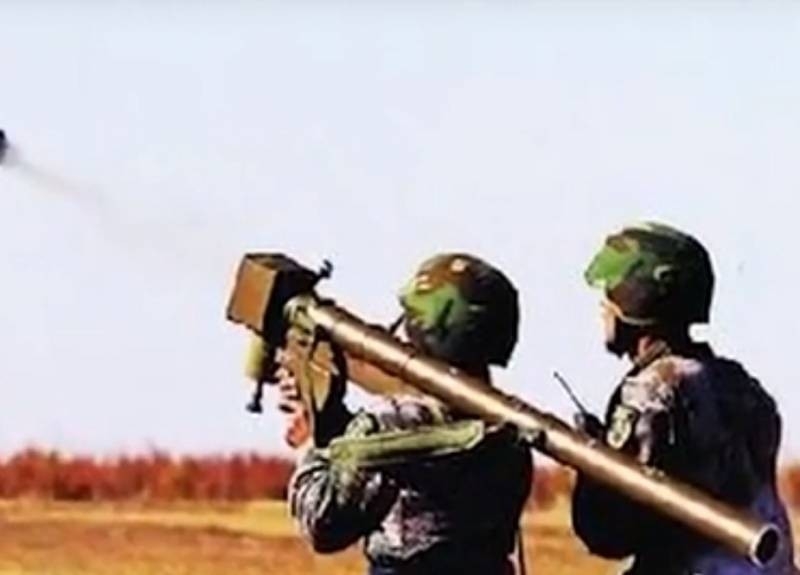 known, that man-portable air defense systems FN-6 China delivered to the armed forces of several foreign countries - Peru, Cambodia, Malaysia, Sudan and Pakistan. For obvious reasons, the first two countries are eliminated immediately, probably could not get weapons and militants from Malaysia, a vot Sudan and Pakistan – questionable. 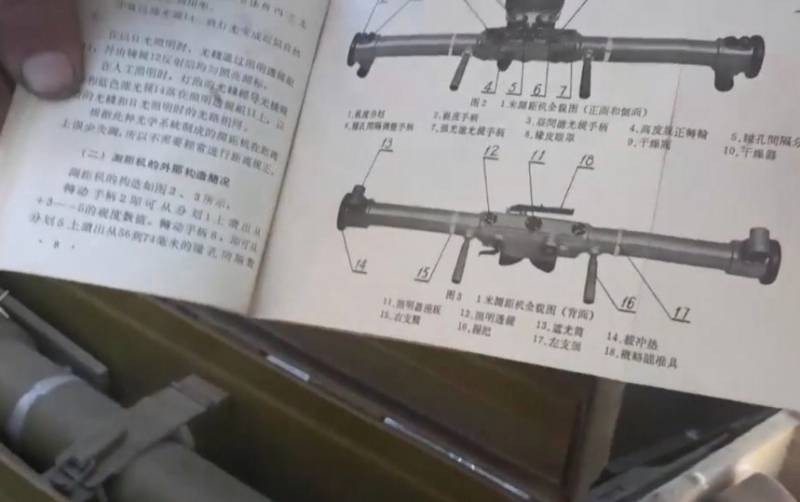 Given the close Pakistan ties with Turkey, Sudan and Saudi Arabia, and both countries - with the Islamic radical organizations, we can not exclude the possibility of Pakistani and Sudanese track.

Also in 2013 g. in the Western press there were assumptions about the use of Syrian militants Chinese MANPADS. According to some reports, they supplied the Syrian radicals from Qatar. In its turn, Qatar bought in Sudan batch of Chinese weapons. Further from Qatar through Turkey delivered weapons to Syria. AT 2014 g. of this MANPADS helicopter was shot down by the Iraqi armed forces.

Usually fighters in CAP CAA finds weapons and ammunition, produced either in the US and Western Europe, or in Turkey. Many Soviet-made weapons, which once stood on arming the Syrian and Iraqi armies, and then, during the civil wars, It fell into the hands of terrorist groups.

In Idlib militants are increasingly using military equipment and weapons made in Turkey. According to media reports, in the de-escalation of the conflict zone were more 70 Turkish tanks, 200 and armored vehicles 80 artillery. A significant part of this military equipment would be handed over to the Turkish military thriller "Hayat Tahrir al-Sham". for example, Syrian military are often faced with ACV-15 Turkish infantry fighting vehicles, run crews militants.

Three years ago, it was reported that, that the militants fighting against the forces of Bashar al-Assad factions use and TIFV - heavy tracked armored, issued in Turkey in the 1990s by American license. But here everything is clear - the Turkish military "fused" on the Syrian front of an aging military equipment, standing on the arms of the Turkish land forces. 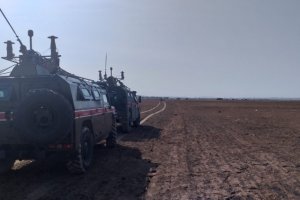 Besides, in the hands of the Syrian insurgents were American-made MANPADS, which previously they were not armed. Portable anti-aircraft missile systems are also very high probability could be supplied militants Turkey. Thanks to modern MANPADS to militants for a short time managed to knock out two helicopters of the Syrian Arab Army.

But weapons - weapons, while Turkey has established the supply of rebels and the Turkish army uniforms. Disguised as Turkish soldiers gunmen attacked the soldiers of the Syrian Arab Army (Farm), the latter did not at first understand, what's the matter, We are confident, that before them - soldiers of Turkish troops. Captured insurgents recognized, that the supply of units is carried out by Turkey and Saudi Arabia. Therefore, the ill-fated Chinese MANPADS Adventure, likely, You could get through the same channels.