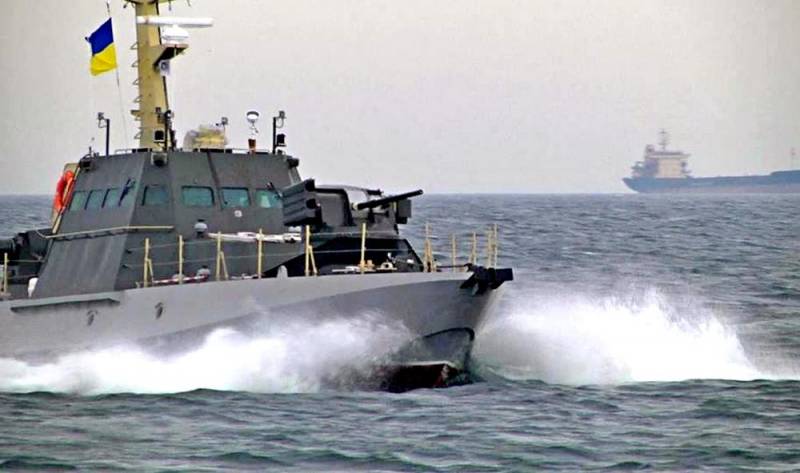 reported, suggested that Kiev Bucharest together against the "Russian threat" on the Black Sea. How seriously should not treat military alliance Ukraine and Romania, Considering, the latter is a member of NATO, and the first claim to membership in the bloc?Defense Minister of Ukraine Andriy Zagorodnuk said, he discussed with Romanian counterpart the possibility of holding joint exercises, expansion of international engineering battalion in the Carpathians, as well as the exchange of information about the situation in the Black Sea region. Besides, Kiev expect, that Bucharest will support the accession Square to the expansion program of the NATO capabilities.
Is there something to fear "vozmutitelnitse rest" Russia?of course, from a purely military point of view, the combined "power" of the Ukrainian-Romanian fist in the Black Sea will not work. Armored to disappear and appear again toilets Ukrainian Navy to take into account will not. Romania also Navy, frankly, not vpechatlyayut.Edinstvennaya Romanian diesel submarine Delfinul (former Soviet "Warszawianka") due to lack of funding is in storage. It does not possess the characteristics and surface component of the Navy. for example, frigate "Marasesti" own buildings originally belonged to the destroyers, and its development has been committed serious design mistakes, widely used civil naznacheniya.Rumynskie frigates technology "Regina Maria" and "Redzhele Ferdinand" – This former British frigate F95 «London» and F98 «Coventry». Vessels stale before transmission, and Bucharest British greatly simplify their weapons. Corvettes of the Navy as part of Romania - this is also the age of the court with arms Soviet era. Of the rest, and not to mention a decent company stoit.Poluchaetsya Ukrainian Navy. However, by the anti-Russian rapprochement between Kiev and Bucharest it's worth a little more seriously treat. At first, Square waiting for Romania to support accession to NATO expansion program capacity. It was formed in 2014 year, Crimea when moved into the Russian Federation. partner of NATO status of the five countries, it outside. for example, Australia, which is used to monitor the activity of China in the Asia-Pacific region, or Jordan - Middle East. Ukraine wants to become the sixth. Sufficient technical capacity to monitor the Russian CHMF in Kiev there is no, but within the framework of the program they will be able to help partners. of course, Not for free. Secondly, alarming, Square that pointedly addressed specifically to Bucharest. known, that just in Romania placed elements of the US missile defense system, against Russia. With further deterioration in relations with Moscow, an invitation to Kiev Pentagon looks logical step.