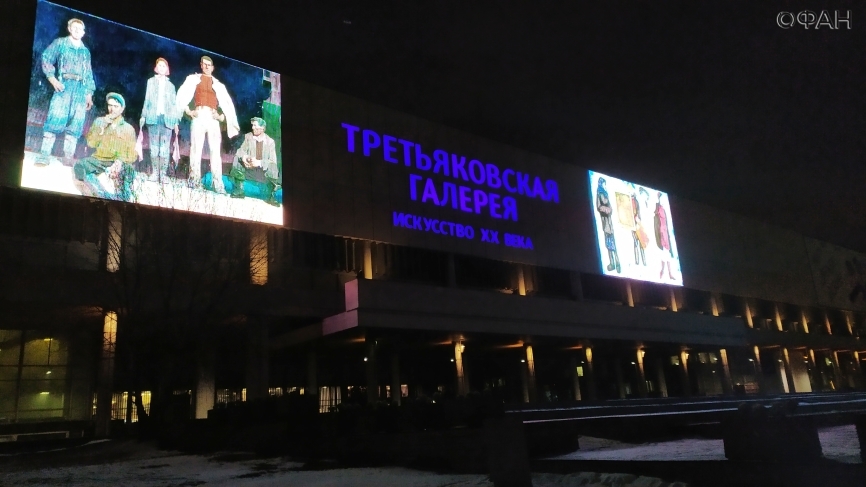 The new Tretyakov Gallery on the Crimean Embankment hosted a press preview of the exhibition by Marat Gelman, the correspondent reports from the place of events Federal News Agency (FAN). The exhibition shows works by outrageous artists of our time from Gelman's personal collection, which he donated to the Tretyakov Gallery. it includes 72 work, reflecting the main trends in the development of art in the post-Soviet space during the period from 1990 by 2000 years. 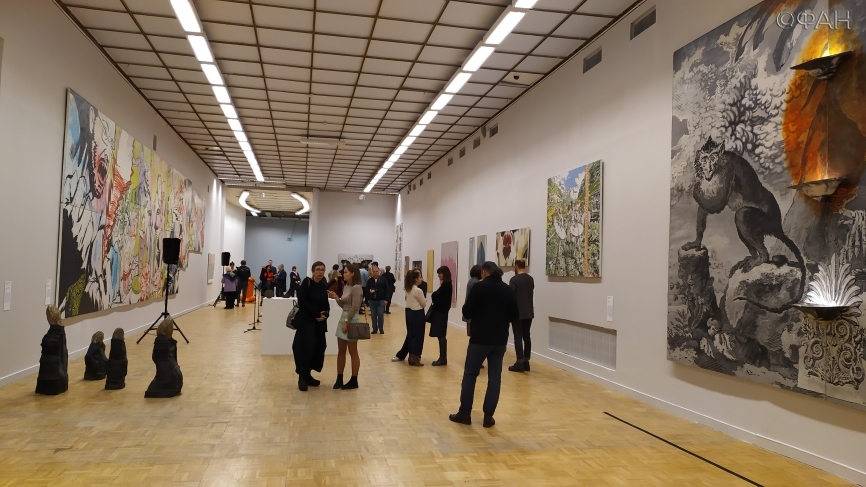 As the FAN correspondent was convinced, not all guests were satisfied with the exhibition, some resented trying to find meaning in mysterious installations.

“The boxes are very strange, I do not understand what is the point there. I generally consider postcards with drinking people inappropriate at this exhibition., there are a lot of children here, and this is a bad example to follow ", - indignant Daria, young gallery visitor.

Not only her abstract figures and paintings caused bewilderment. The author of the exhibition himself, in an interview with the FAN correspondent, said, that "not everyone can understand art". 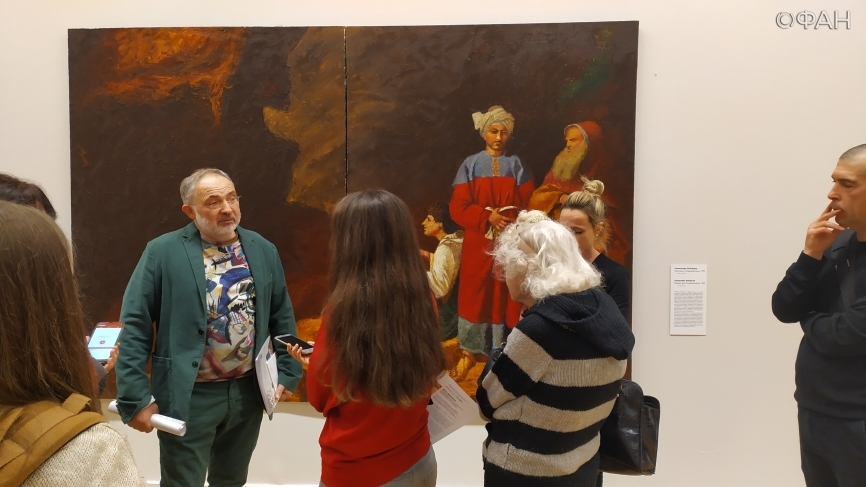 “I am a man without any talent. I'm on fire with artists, not the Tretyakov Gallery. I want to show it to people ", - Gelman explained his motives.

However, most of the guests were very impressed. Visitors took pictures and discussed the exhibits, the hall with the paintings was filled with people.

“The pictures are really beautiful. Even without trying to find some meaning, they still attract, look mystical. Everyone sees something different in the work of the artist, your message, but without a doubt - these are wonderful works ", - another visitor of the gallery shared her opinion with FAN, declined to introduce herself. 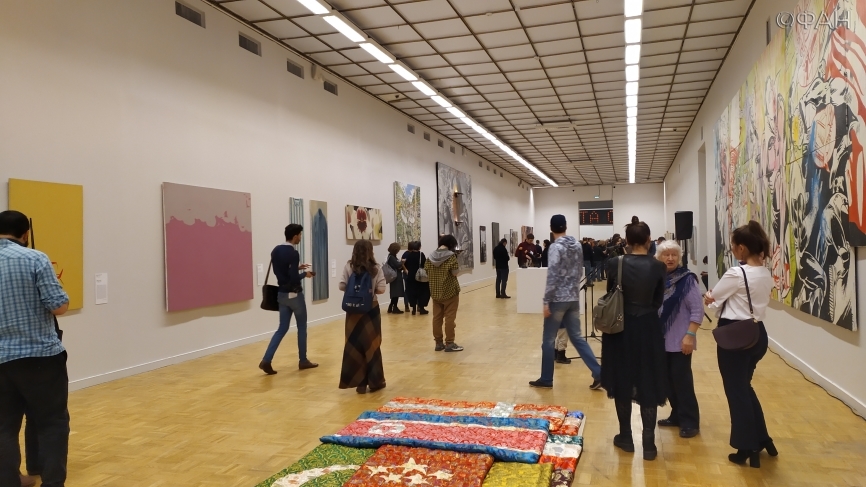 Visitors considered the strangest exhibit to be "Boxes". In a dark room, under the spotlight, there were two white boxes, inside which there were people. In the first box, any visitor could see Vladimir Ilyich Lenin, which rolled from side to side. At the bottom of the second was a tablet, in a video in which several naked men looked up, waved their hands and shouted, making an unpleasant sound. Judging by the conversations in the hall, many guests of the exhibition could not understand, what the artist wanted to show with his work, and commented on the installation sharply. 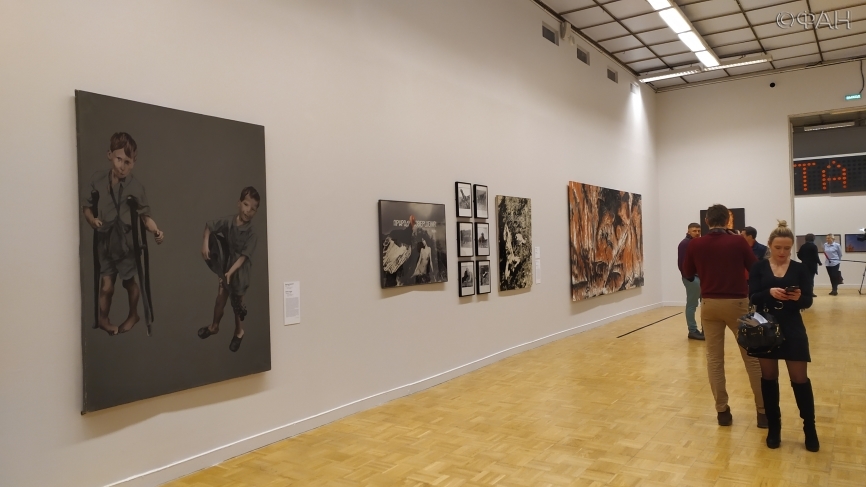 Another job is horse legs, detached from the body, - also caused misunderstanding among the audience, but many did not dare to comment out loud on their impressions. 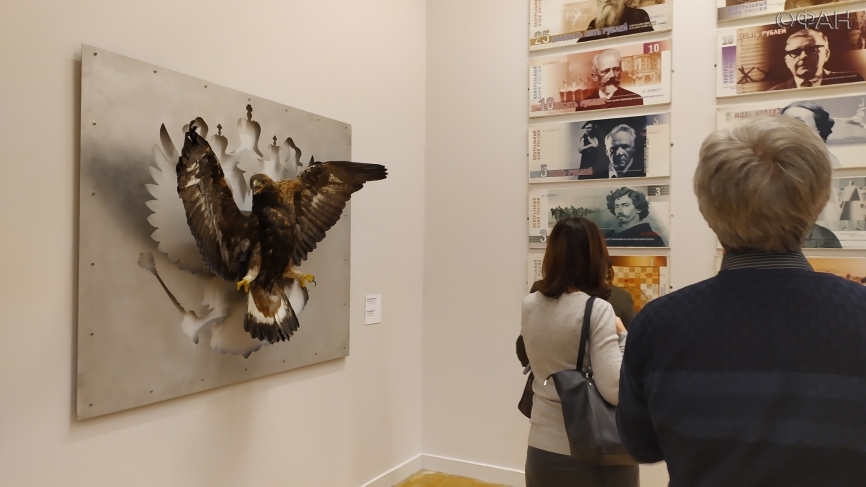 There was also a table in front of the entrance to the hall., where artists left postcards with small copies of their work. Trash cans were shown on the postcards, drinking people and homeless. On some you could find the inscriptions "Intimacy" and the like. Children came up to the table and looked at the work: the exhibition itself had no age limit.

Recall, Marat Gelman has been successfully promoting the image of a scandalous gallery owner in the mass media since the 90s, causing anger and even rage among the conservative part of the Russian public. Gelman's creation of the "Museum of Contemporary Art" in Perm caused a wave of criticism against the authorities, in particular regarding the expenditure of significant budgetary funds for this project. The scandal also happened in Novosibirsk, where within the framework of the exhibition called "Homeland" it was supposed to place provocative works like a monkey in military uniform. Scandals pursued Gelman in St. Petersburg, and in Krasnodar. As a result, 2014 year he left for Montenegro, however, he did not achieve high-profile success there.

Are we talking about the return of the scandalous gallery owner to Russia through interaction with the Tretyakov Gallery?, It's not clear yet. Gelman told reporters, that “returns to Moscow, but it remains to live in Montenegro ".