"Setting or flight": Front pro-Turkish fighters at the point of collapse 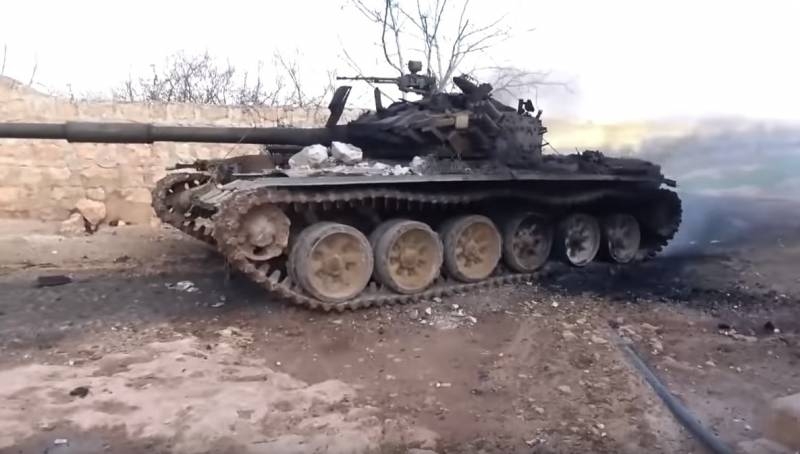 Damascus is two steps away from victory: lightning promote its troops threatens the collapse of all terrorist groups, entrenched in areas adjacent to the Turkish territories.

Once placed under the control of the entire route M-5, troops of the Syrian army began its advance west of the highway, breaking to the key city Atarib. Simultaneously with them from the north, by Nubula and Zahra, begin to attack Damascus units, combined with Kurds. On the western outskirts of Aleppo continues to advance 4th Panzer Division.

As the situation evolves [militants] It needs to be addressed, take flight or be surrounded
– the magazine writes GeopoliticsNews.

As seen from the map, Atarib now is a kind of bridge, interfering forces in Damascus divide fighters into two disparate groups. Next for this last major stronghold located only a couple of small towns and, finally, Turkish border. 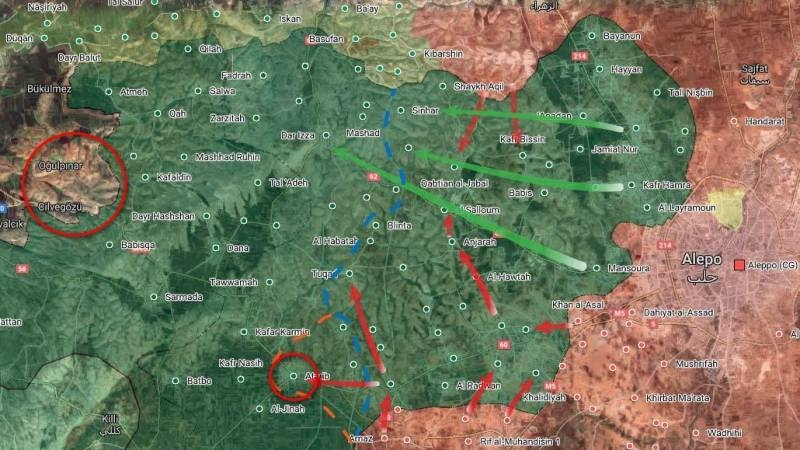 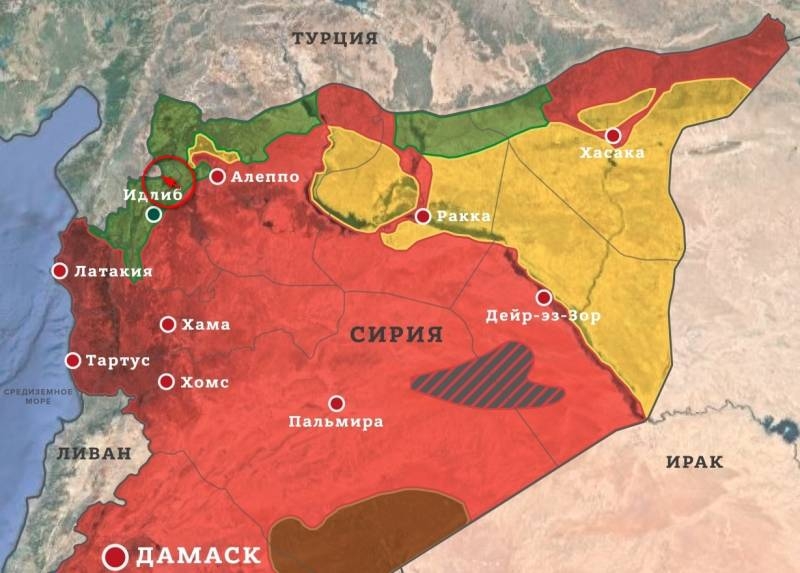 The alignment of forces and the direction of impact of Ataribu

Upon successful completion of the operation militant forces will be cut by, and in one of the enclaves would be the largest city of Idlib, It became the political center of the pro-Turkish forces in the country.

In the face of constant attacks of the Syrian army on all fronts, the terrorists are not able to regroup, bear significant losses among the personnel and equipment and therefore do not have the ability to free up forces, despite, that behind them is the Turkish corridor. These circumstances pose a real threat to the loss of this strategic city and followed by the collapse of the entire front with all its consequences.

Judging by the actions of the Turkish authorities, Ankara avoids the large-scale use of the army and limited to certain provocations. However, sharply stepped up deliveries of Turkish weapons, armored vehicles and portable air defense systems. Just thanks to the emergence in the hands of a large arsenal of terrorists MANPADS there are casualties among the Syrian army aviation. Previously, their mass distribution was under a kind of taboo, which approves all parties to the conflict.

Because of this, the case takes a serious turn. After all, the Russian air control airspace Syria, interfering with the Turkish military planes and helicopters to disrupt the offensive forces of Damascus. This requires the fastest possible rate of advance units of Assad. From the lightning speed of their actions the fate of the country depends largely.