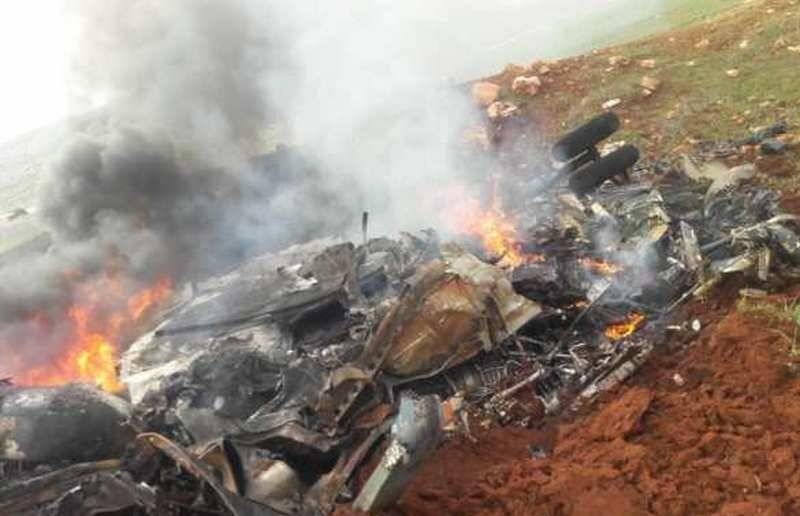 It is currently known, that the helicopter was shot down in the west of Aleppo province, in the area of ​​de-escalation Idlibskoy, over the territory, controlled by pro-Turkish militants. It is assumed, that the Syrian opposition militants fired a rocket at the helicopter type “surface-to-air”. Most likely, installation MANPADS supplied militants Turkish allies.

Syrian Air Force helicopter crash confirms the Turkish news agency Anadolu. In its turn, According to this same propaganda wing of the banned terrorist group in Russia “Xajat Tahrir Al-beyond” (former "Dzhebhat al-Nusra). Action is placed on the web photo of the deceased Syrian helicopter pilot and pictures from a helicopter drop.

According to preliminary information, a multi-purpose Mi-8. The network already appeared the car drop shots.

This is the second shot down a Syrian helicopter for four days. Earlier it was informed of the loss of Mi-17 helicopters to Syria Air Force, shot down over the province of Idlib. anticipated, that the helicopter was struck by rocket “air-to-air”, launched the F-16 Turkish Air Force.