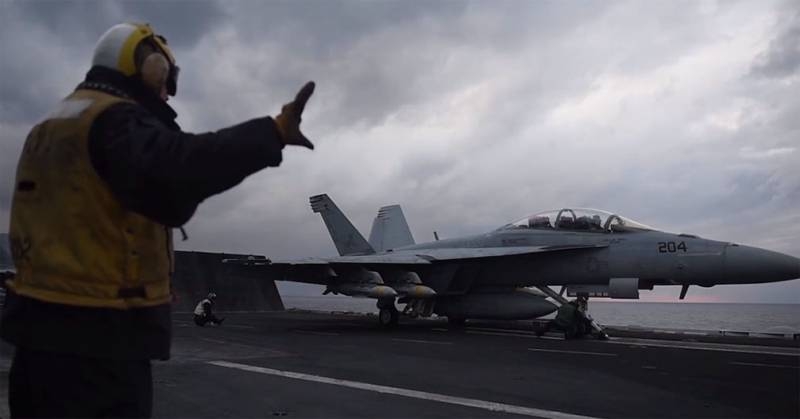 The American corporation «Boeing» intends to oust the Russian MiGs in the Indian market. The chosen direction - creating specifically for the needs of the Indian Navy carrier-based fighter, which they could use on aircraft carriers. At the moment, India is ready to equip its aircraft carrier Vikrant being built MiG-29K.

However, in the publication of Defense World published an article, which states, that the corporation "Boeing" announced plans to test F / A-18 Super Hornet at take-off from the springboard.

Boeing F / A-18 Super Hornet to be tested and certified for takeoffs jumping, before he could make a move for the contract with the Indian partners.
According to the vice-president Tom Breckinridge American Corporation, «Super Hornet» will be carefully checked on the trampoline. From his statements:

Such plans are already underway.
Thus the American "Boeing" is trying to seize the contract in Russia, New Delhi putting their F / A-18 Super Hornet instead of the MiG-29K. Until the contract is signed, but in 2017 India, the authorities expressed their intention to buy 14 MiG-29K.

Recall, that a few weeks ago, during a performance of representatives of Ministry of Defense and the production sector in India in the Russian parliament, the country was accused of "delaying the supply of deck fighters".