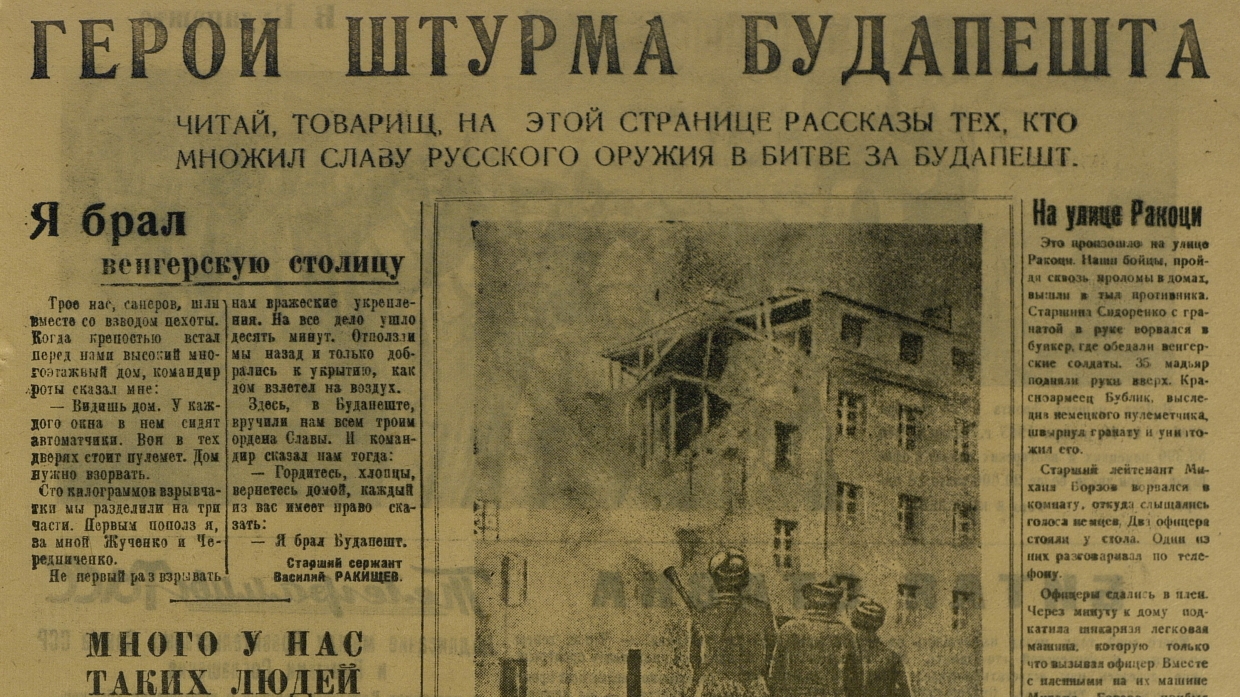 Internet portal Russian Ministry of Defense has a new section, devoted 75-anniversary of the liberation of Budapest from the Nazi invaders. It presents declassified archival documents from the Central Archives of the military department funds, reports Federal News Agency.

13 February 1945 , the liberation of the capital of Hungary and is surrounded by the defeat of the German fascist groups completed the strategic offensive forces of the 2nd and 3rd Ukrainian fronts, with the participation of ships of the Danube Flotilla. after 108 days and nights - with 29 October 1944 year - in continuous battles, Soviet troops liberated the central regions of Hungary and its capital city - Budapest. 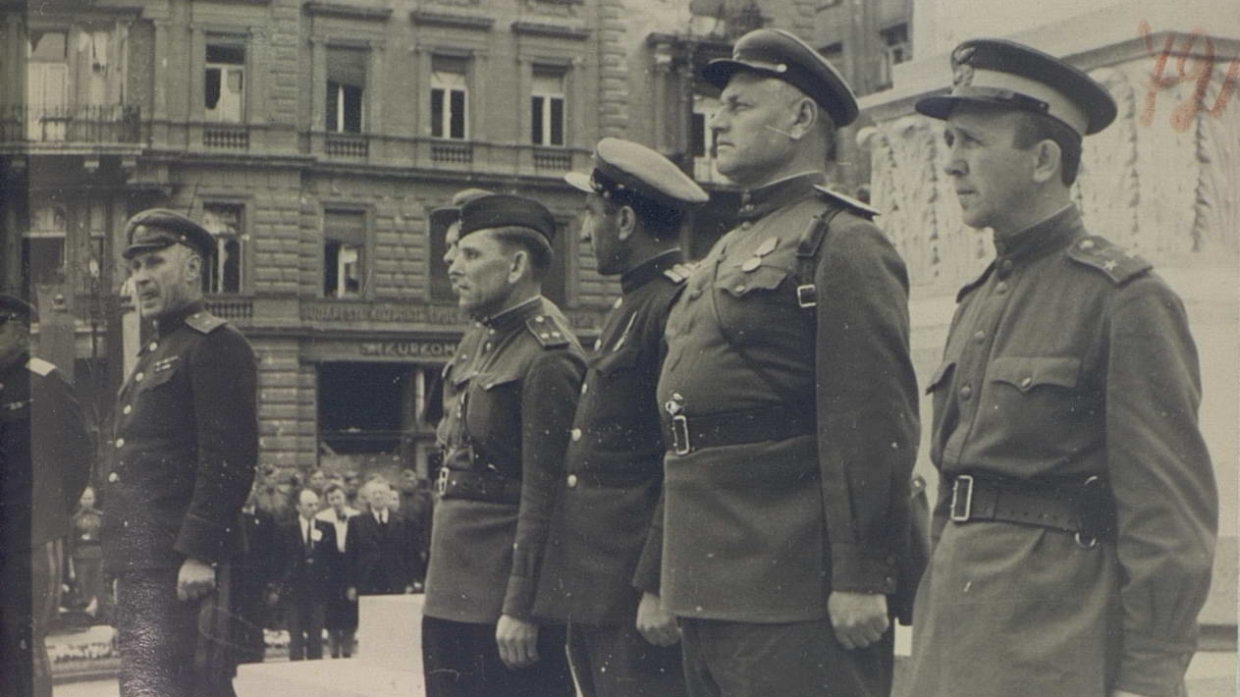 opens section, devoted to the 75th anniversary of the liberation of Budapest from the Nazi invaders, Decree of the USSR State Committee of Defense of 27 October 1944 of the year.

"Not as a conqueror, but as a liberator of the Hungarian people against the German fascist oppression came to Hungary, the Red Army, which has no other purpose, except for the purposes of the defeat of the German armies of the enemy and destroy the rule of Nazi Germany in the countries enslaved by it ", - the document says.

The capital of Hungary had for the Nazi troops of great strategic importance, therefore, on the outskirts of the city it was built several defense levels, and the city was turned into an impregnable fortress. 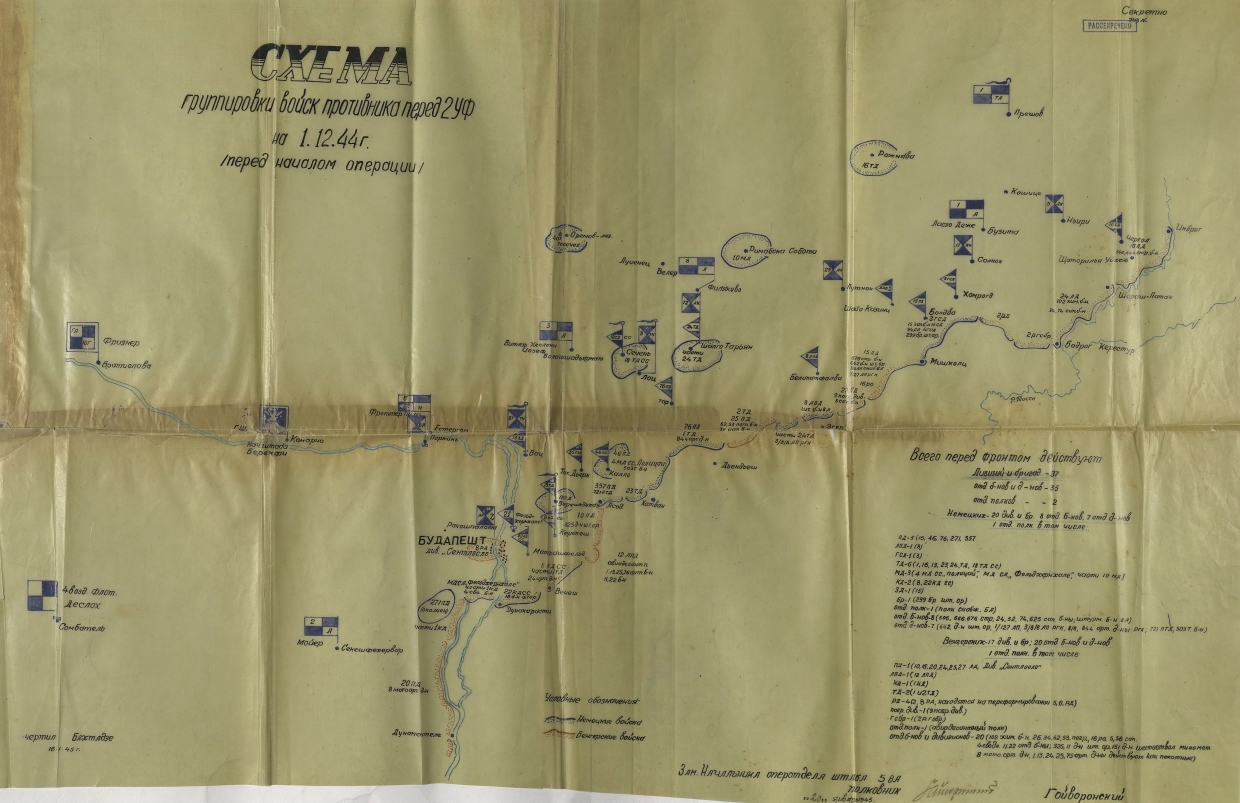 29 December 1944 the year before the assault of Budapest the command of the Red Army, to avoid civilian casualties and destruction, sent two envoys, Germans who have offered to surrender peacefully Budapest. However, the German fascist invaders basely killed members of the peace mission.

On the situation in Budapest before taking command of the Red Army became known in January 1945 year from the testimony of prisoners.

"All large buildings mined, Party members Salash, get weapons, satisfied with the machine-gun nest in basements. Issued an order to conduct terror against the Russian troops ... the Germans transport aircraft taken out of its officers, as the injured, and healthy. Command sets the task to defend to the last ", - said in a report to the Political Administration.

"As a result of many days of fierce street fighting, stormed the building and mastering every quarter, to 10 sometimes 13 February 1945 year defeated the surrounded enemy group ... "- is reported in the Extraordinary combat reports of the 2nd Ukrainian Front.

Immediately provides statistics, which gives an idea of ​​the scale of the fighting and numerous groups of Nazis. 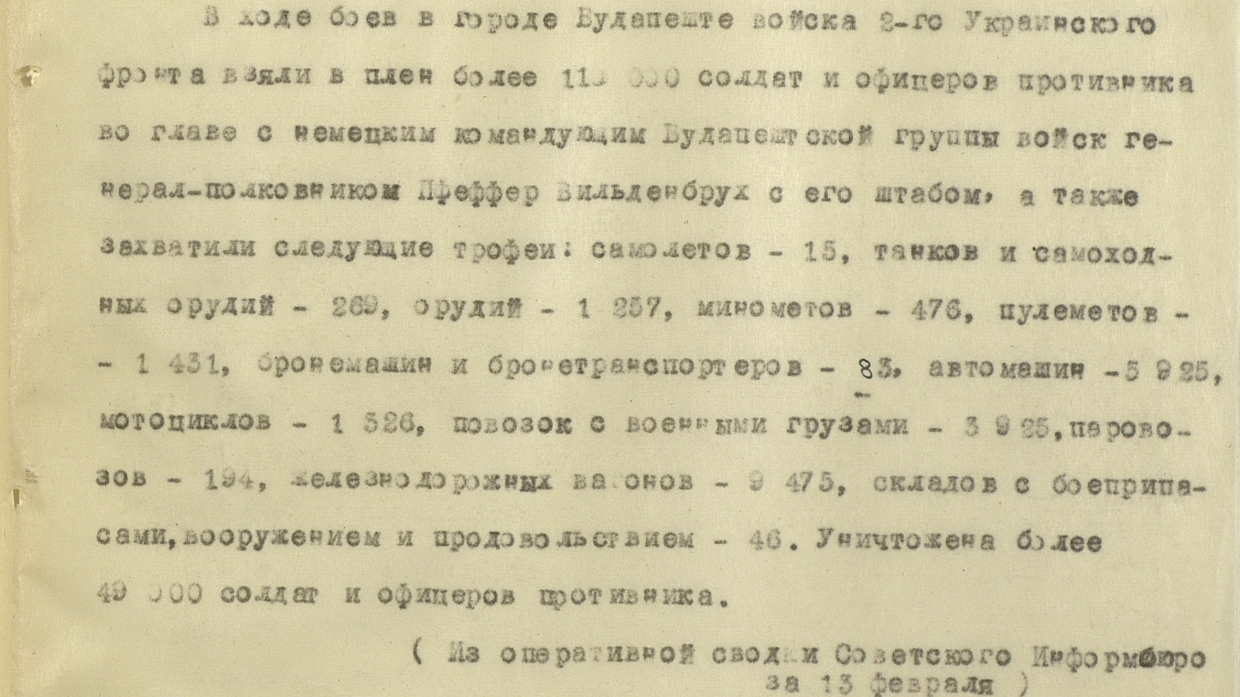 the, What began in Budapest after the German occupation and the fighting, you can see in the photos, attached to the report of the 2nd Ukrainian Front in January 1945 of the year. Most of the city in ruins. Red Army soldiers had to work hard, to defuse the Hungarian capital.

For the first time published a protocol of political questioning of István Bethlen, is the former Minister-President of the Hungarian government. In testimony Bethlen, which is opposed to war, stresses:

"War of the Soviet Union was declared the Hungarian government without parliamentary sanction".

According to the testimony of the former Minister-President, German occupiers actively intervened in the political life of Hungary: "The Germans arrested Hungary's most prominent political figures, known for their anti-German views ". Later it becomes known, they live will be dropped into the Danube.

In a unique collection of documents and protocol section has a political interrogation of Major General Gabor Gerlotsi, adъyutanta regent Miklos Greyhounds. In testimony Adjutant describes the situation after the occupation of Hungary by Nazi troops, and also tells about the repeated provocations of the Nazis, their massacre of Jewish women. Gabor Gerlotsi said in testimony, that "the Germans are showing their contempt for the Allies'. After the looting of the country's German occupiers and export large amounts of food in Germany, Hungarian people, and especially the population of Budapest, It was in a very difficult situation. Residents of the capital have been doomed to starvation. Therefore, in March, the Soviet Union sent the food to Hungary.

the dedication, the heroism and courage of the Red Army soldiers tell published under Award Documents. Here is the text of the Order of the Supreme Commander of 13 February 1945 , the number 277:

"In commemoration of the victory, the units and parts, particularly distinguished themselves in the battles for the conquest of the city of Budapest, submit to bear the name "Budapest" and the award of orders. Today, 13 February, at 21 hour the capital of our Motherland, Moscow, on behalf of the Motherland, will salute the valiant troops of the 2nd and 3rd Ukrainian fronts mastered the capital city of Hungary, Budapest, - twenty-four artillery salvoes of three hundred and twenty-four guns ". 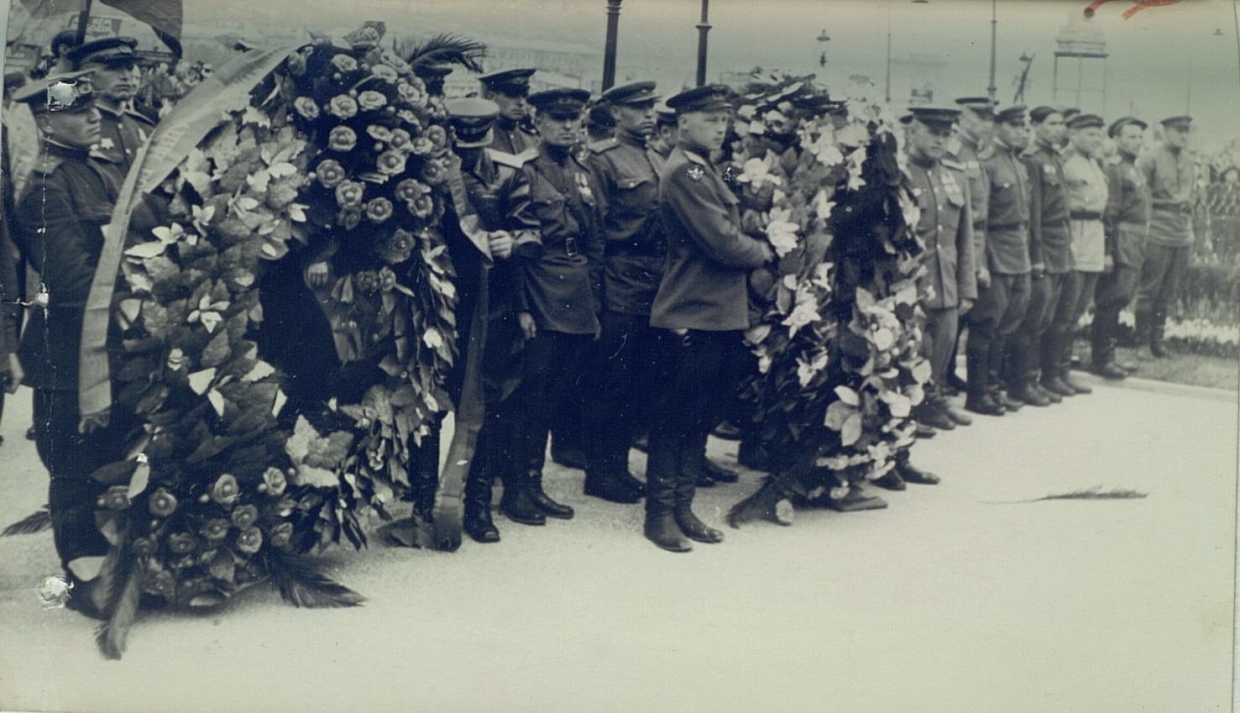 As noted in the Russian Ministry of Defense, publication of declassified documents about the liberation of Budapest from the Central Archive of the funds will help to protect the historical truth, counteract falsification of history, attempts to revise the results of World and Second World Wars.