Idlib information: Western media have attended to the fate of "rebels" 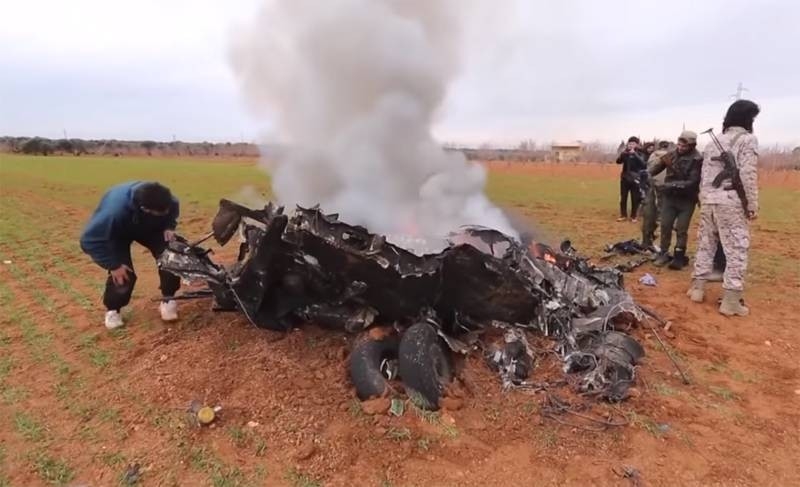 The situation worsened because of the direct support to militias and terrorist groups in Idlib Turkish troops. As I noted, Russian Foreign Minister Sergei Lavrov, Turkey has not fulfilled the main condition of Astana agreements on the demilitarization of the province.

She had to separate the armed opposition, ready for dialogue in the framework of the Syrian political process from insurgents "Hayat Tahrir al-Sham" (former "Dzhebhat en-Nusra" - a terrorist organization, banned in Russia).

In this case, the terrorists were to leave Idlib, and pro-Turkish moderate opposition - to stay, but to withdraw from the province of all heavy weapons. In fact, to the top 2019 , the group "Hayat Tahrir al-Sham" to establish full control over the territory of Idlib.

Fueled by weapons and resources from Turkish territory, she began to make forays outside the demilitarized zone, shelling coming to her city (eg, aleppo), threaten the Russian military base Hmeymim.

Syrian government forces have decided to release Idlib from terrorist groups. Turkey did not like it. Promotion Assad army Turkish President Recep Tayyip Erdogan, how could, constrained by diplomatic means.

When it stopped working, Erdogan introduced in Idlib Turkish army units. Syrians called them occupying forces and began to beat on a par with the militants of terrorist groups. Initially, the Assad army artillery fire covered the column of armored Turkish. As a result, killing eight Turkish soldiers. Then he made a fire attack Turkish observation posts.

President Erdogan was forced to seek support from the West, and I got it. USA, Britain and France have taken out a question about Idlib at the meeting of UN Security Council. Turkey supported the actions of the Syrian provinces and American President Donald Trump.

Not behind the subject and the Western media. They once again with all the propaganda vzmutili dishonesty. Riding it was the approval, if the success of government forces in Idlib Assad provided the actions of Russian troops, dressed in the Syrian form.

this is fake, launched by the Turkish newspaper Sözcü, I went for a walk through the pages of Western publications. For more convincing "sensation" escorted information, that "a significant part of the Syrian generals and senior officers are married to Russian women". here, is, where the success of the Syrian army, Turks kicking backhand…

However, the most in demand product of the Western media - hackneyed thesis, that the target of Russian and Syrian Air Force, mainly, are civilian targets - hospitals, schools and mosques. The world has long been known, Syrian militants often mask military objects under the educational institutions or mosques.

I should be aware of this and the representative of the Syrian-German civil initiative Adopt a Revolution Sophie Bischoff. It is not difficult to find a video of the liberated areas from the militants, which in these civilian targets show personal belongings militants, weaponry, ammunition and equipment, blanks for IEDs, the Headquarters and control centers. 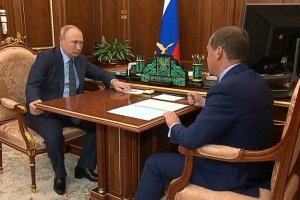 However, Bischoff prefers to scare the public about the terrible pictures of the bombing of civilian targets, about it, as the people have nowhere to hide from attacks. They "run away to the field and try to hide under the trees". German Deutsche Welle believes activist Adopt a Revolution, and gives her a platform in its edition.

But the Western media kept silent about, the US military killed a teenager in the Syrian Hasek province. There civilians Qamishli city blocked the road American technology. As a result of exchange of fire killed 14-year-old boy.

Other business - province of Idlib. Here are fighting for democracy "rebels" opposed to the terrible forces of Assad. The rhetoric of the Western media has returned to its original position. They're not talking about terrorist groups, Only the "Syrian rebels".

Here's how the BBC is grieving because, Assad's army took control of the 474-kilometer route, passing through Damascus, Sparse, Xamu Aleppo.
We pushed the rebels' advances the troops and about 3 million. civilians in north, to the Turkish border ".
Terrorist group "Hayat Tahrir al-Sham» BBC did not even remembered.

West revealed. It is no longer interested in the war against Islamic terrorism in Syria. Losing here geopolitical struggle, Now he is trying to regain lost ground. The main role in this was taken while the media.