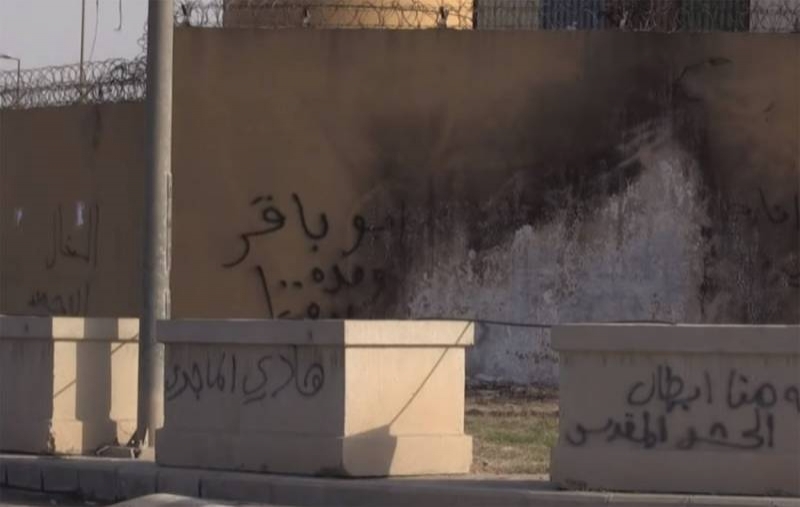 The US embassy in Baghdad was subjected to rocket fire. At least three rockets fell on the territory of the embassy, located in the protected area of ​​the Iraqi capital during the night.

From Baghdad, there are reports that, that the victims - 5 human.

One of the missiles, as they say, Iraqi sources, It exploded in the American Embassy Restaurant. In this case, the victims in this case avoided, Because the room was empty.

Recall, that the previous shelling was carried out 20 January. But then the missile directly to the US Embassy did not reach.
Aware of, that after the rocket attack military helicopters, the US Air Force began to evacuate the staff of the diplomatic mission. The injured were sent to one of the hospitals.

According to Iraqi media, a total of US Embassy issued five missiles. goal is, as it noted, We reached three of them. Two exploded in the territory, one damaged building.

The US media says that, the shelling, “probably, It was organized pro-Iranian forces in Iraq, including the Shiite armed groups “Al-Shaab Al Hashd”. Recall, Earlier Americans, causing a surgical strike on Baghdad airport, They killed the leader of the Shiite militia Al-Muhandis with Iranian Gen. Soleimani.