Five years since the shelling of Mariupol: investigation and evaluation 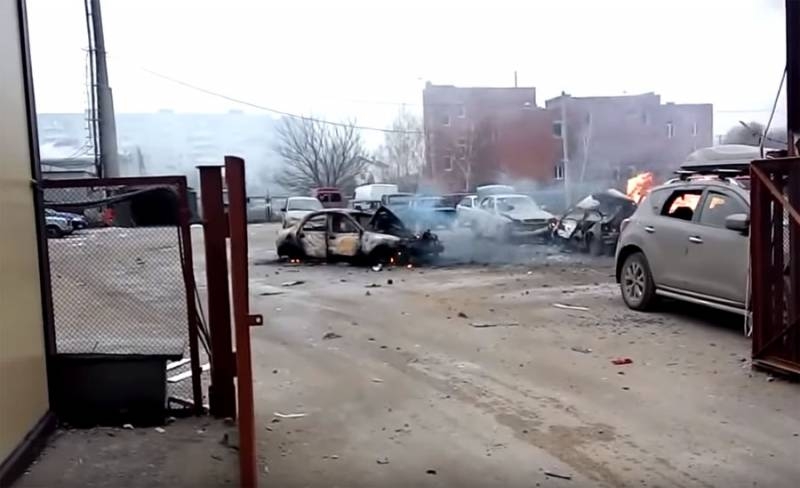 In January 2015 , fighting resumed in the Donbas. Resumption was preceded by a short truce, is a full-fledged really was not. One of the most significant events of the resumption of war in south-eastern Ukraine, events began, associated with the firing of the trip bus Donetsk-Volnovakha, bus station in Donetsk, as well as neighborhoods in the eastern part of Mariupol. Then the parties to the conflict blamed each other for what happened. Peter Poroshenko traveled with fragments of that same bus, stitched 13 January 2015 year fragments. I traveled with stories about, Ukraine "is opposed to the Russian Army".

The shelling of the neighborhood east of Mariupol hosted 24 January 2015 of the year. The shelling killed while 31 human, 117 received injuries of varying severity. Council of National Security and Defense of Ukraine immediately accused the forces of the DNI to the shelling, and in Donetsk called shelling provocation Ukrainian law enforcers, whose task it was part and an attempt to shift the blame for the resumption of armed conflict in the Donetsk militia.

In January 2015 investigate the shelling of the eastern neighborhoods of Mariupol took several structures, including as HRW - Human Right Watch. Their investigation and decided to hold a notorious organization «Bellingcat», known for its fake about the so-called "internet investigation 'strike in July 2014 year for the Malaysian "Boeing" of Donbas.

In May 2018 year Bellingcat published material, where in the affirmative procedure it was announced allegedly set perpetrators shelling east of Mariupol. Then blame "Bellingket" laid on men of the militia DNR. Further, the same structure announced, that "the network has identified nine Russian officers", who were involved in the alleged redeployment of two batteries MRL across the border. 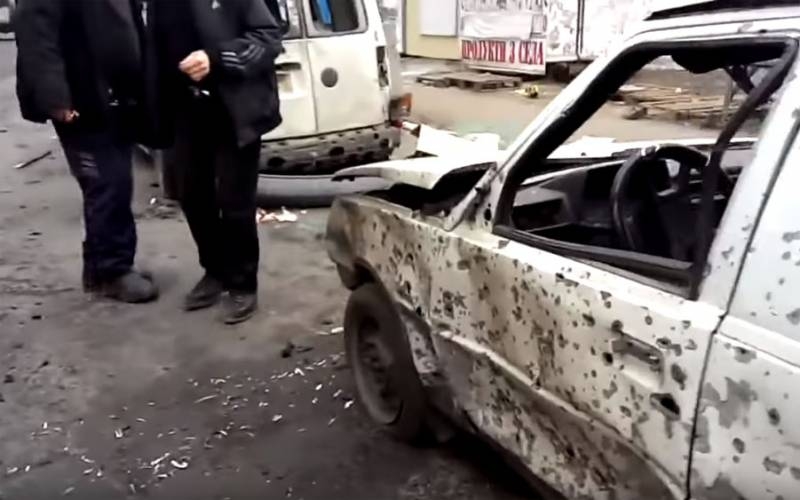 As "evidence" "Bellingket" traditionally for itself presented several nadergano images from the Internet and satellite imagery. Notably, that after 3,5 years after the events in Mariupol were presented and some telephone conversations, who were allegedly intercepted by the Ukrainian side.

If there was a wiretapping of mobile phones, the question arises, and from whom "independent investigators" from "Bellingket" received this kind of information? This is the first. Secondly, any cellular service provider can send its users the data talk, if such transfer has taken place? Thirdly, why wiretapping conducted at a specific site and has been presented only through 3,5 of the year? More weirdness: if we are talking about "Russian officers", why did they suddenly decide to use to connect ordinary "mobile phones", and why deliberately through such channels talked about their actions.

All these questions raise the issue planned provocation, wherein the main dezinformatsiya mouthpiece again and such a structure was selected as a Bellingcat. Notably, Bellingcat that actually reveals the card Ukrainian special services, publishing information about the alleged tapping of telephone conversations.

Little of, Bellingcat in their investigation in 2018 Russian part of the year, calls, which, as it turned out, simply does not exist in the structures of the Russian Armed Forces.

There is in this "investigation" and the shelling and other oddities. for example, Bellingcat claims, that "the study of satellite images" funnels gives grounds to say that, that "fired from the east at a distance of approximately 6-8 km ". Actually, DNR for troops did not make sense to sum MRL at such close range at least for the simple reason, that install themselves to become targets for artillery and Ukrainian would be destroyed before summing up to a distance. And if I were not destroyed, the Ukrainian side immediately be reported to the OSCE SMM to redeploy troops DNI heavy equipment to the line of contact.

And funnels analysis, posted by breaks MLRS ammunition, It allows us to understand, that strikes conducted not from the east, and certainly not from a distance 6 km. The nature of fire shows, that the most probable point, where there were multiple launch rocket systems, It was Pavlopol Volnovakha district. De jure (for the first Minsk Agreement) Pavlopol entered the neutral zone, but in fact controlled by the security forces of Ukraine. Their positions were located in close proximity to the settlement.

It is worth recalling, as "Bellingket" described "the return of MLRS batteries in Russia". The material has been declared, that their "hidden in the woods". What kind of general "forests" under Mariupol can be discussed, – some question. densest, if the word "dense" is generally appropriate, vegetation in these places - a small planting of acacias. Trying to hide the two heavy equipment batteries in them, together with contingent - a very daunting task. Yes i ì, if we continue to consider applications of the Ukrainian side, militia DNR took "output" MLRS in Russian?..

Important, what 24 January Mariupol residents themselves have witnessed, that flew ammunition on the north side. And these areas were under the control of troops to Ukraine.

Notably, that since Bellingcat not comment on the situation, apparently, because in such a case it would have to answer embarrassing questions: on, where the data from the mobile operators, before, how come, that the analysis of satellite images has led to outright falsification of data.