The Russian-Ukrainian agreement on gas or eye toad three billion 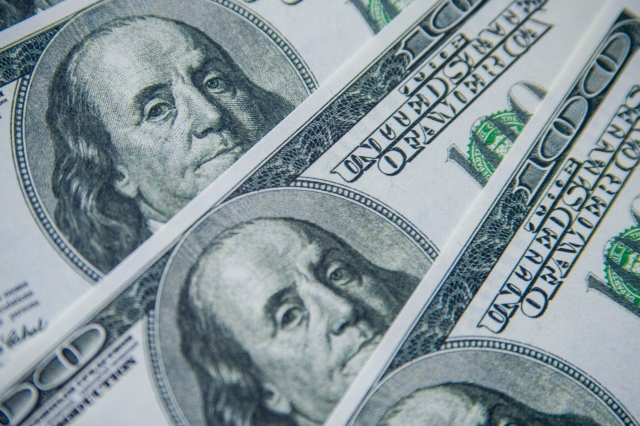 Although the parties have agreed a week ago, active debate on the topic, Who is to blame and what to do, continues to this day. Especially Russian criticism intensified after official confirmation of transfer of Gazprom's Ukrainian "Naftagas" nearly three billion dollar fine.

For this victory head of "Naftagas" Andrew Kobolev and his Deputy Yuri Vitrenko on two received 25,6 million dollar prize. While vsepropalschiki massively lament another defeat Russia, vgrohavshey wasted 20 billion dollars in a pipeline bypassing Ukraine. Yes, and caved in like a fine, and the continuation of transit for another five years.

However, mourners, as usual, not too friendly with the numbers, even less - with logic and does not take into account the objective reality of the world around us. So it is necessary to consider in detail and start this business with that notorious toad.

The story of the fine is the reverse side of the principle of "take or pay", oblige the customer to pay for the purchase, even in the event of failure of the physical production of gas. Gas infrastructure is too complex and expensive system, to operate it has been possible in the manner of small retail trade of potatoes in the market. While pumping grew, multiplication table played in favor of Gazprom. But when the demand for gas due to a number of reasons in Europe fell, The same table appeared to him in a minus.

Due to the drop in demand from customers, fastened on Ukrainian pipe, Gazprom was forced to reduce the volume of gas and pumping below, stipulated in the contract with Ukraine. What was the reason for the claim to arbitration. why Stockholm?

Because 2009 year in the objectivity and impartiality of the European arbitration system, which are the pillars of the courts of London and Stockholm, another was made to believe. In addition, without such a condition if, and now, large contracts are not concluded: International arbitration - is still the norm of doing global business.

Generally, reduction in transit volumes has led to the loss of Ukraine 4,63 billion transit revenue. Kiev was able to prove the validity of the figures in Stockholm. After netting of various debt obligations and counter just to get a "clean" in the amount of the fine 2,56 billion, due to interest penalties grown up 2,918 billion.

it was her, in the end, Gazprom and paid. What is important, not from the state, but strictly from its own corporate budget. And the money is deposited with the company were still in 2018 year. That is, the payment is considered inevitable even then, and all further game the Russian side was carried out for the quality of. In the sense - for getting the best external conditions, than existed at the time.

for example, Pay then we immediately, it would only stimulate Kiev to start looking for grounds for new claims. After all, once worked as! Then as now Kiev bound by the agreement, and the European Union acts as the official guarantor of their compliance.

So that the money in any case are the usual risks of doing business, constantly just to win which is possible only in a bad movie. In real life - somewhere plus, somewhere minus, the main thing, to the total balance left positive. That's it, and should be carefully considered.

Russia has traditionally been three vulnerabilities. At first, shortage of export logistics facilities. Frankly, we have from the Soviet era significantly lagged behind the market demand volume growth. Secondly, due to the collapse of the USSR all piping steel transit - that is, within the territory of the border countries. Moreover, the task of maintaining a good working relationship with the governments of transit countries was the only our problem.

Thirdly, in any controversial issues Europe has always held anti-Russian stance. Including, when it came clearly to the detriment of her own.

In these circumstances, Russia was required to build a bypass gas line at absolutely any scenario in developments around Ukraine. It was clear even in the 2013 year, when options for extending "Nord Stream" is estimated to only pretended.

Because of the independent Ukraine as a transit country, she had the opportunity to formally install absolutely any cost of transportation via its territory. We could only order, or otherwise attempt to pacify Kiev Wishlist, but still received 28,7 euros per thousand cubic meters from Russia to Slovakia, at the cost of the gas pipeline through the Baltic 20,7 euro. Generally, full delivery price difference for every 28 billion cubic meters per year was about 162 million euros.

Using the virtual monopoly position, Kiev wanted to force Gazprom to sign a new ten-year contract for a transit rate of 1.8-3.2 times (depending on the volume) higher than the current. What about 90 billion cubic meters of annual growth resulting in additional transport costs 874 million euros per year minimum.

So without a bypass route, even at the cost to the 20 billion, Moscow could not do in any. Considering, how we are going to pay for transit agreement with Ukraine, Gazprom gain is at least 600 million - 1 billion a year, even taking into account the settlement of NCG hub prices.

The bonus to this Russia received a guarantee of finding prices for Ukrainian transit in similar rates on other "European" gas pipelines, which is more than seven, including counting the "Nord Stream". And keep an eye on it now should not Gazprom, and he European regulator.

Another bonus is the formalization of the European principle of division of responsibilities. Now, in terms of any claims, prices and other money, Kiev may bring only their own certified operator - the company "operator of Ukraine's GTS", which eliminates the possibility of repetition of "Stockholm option" in the future. Given the size of numbers, an important achievement.

With regard to the volume of the alleged five-year bondage, then a simple mathematical calculation shows, that the current level of demand for gas in the EU, net of the Southern and Northern streams (including all of their branches with all the numbers) shortage of transport capacity is in the order of the Russian Federation 30 billion cubic meters per year, plus or minus. Like it or not, but there is a reality.

Objectively inevitable need for reservation 60 billion cubic meters on 2020 year due to a shift in the timing of delivery system of SP-2. That it will complete the maximum of the end of summer 2020 of the year, beyond doubt.

Translated into Russian, it means, that on their own Gazprom completely stopped transit through Ukraine was not going. It was only on the conclusion of a contract for the next appropriate commercial terms. A plus, it is also important, achieving from Moscow "save transit through Ukraine", The European Union is actually guaranteed the expansion of sales of Russian gas to 190 to actually 230 billion cubic meters per year.

The latter is especially interesting from the perspective of the European market glut, that is, and prices are expected to fall. In the current configuration, the commitments will inevitably be a weak link of LNG from the US. That can not but rejoice, because we have a reserve price of this situation to go through quite a profit allows.

It remains the last argument to panic about the supposedly much cheaper, allegedly almost at a loss, Russian gas for Ukraine. breakwater, Moscow promised in a panic Kiev 25% discount from the current price, even taking into account the conditions of European NCG price minus transportation hub will provide gas to Ukraine for less than 100 dollars per thousand cubic meters, that is cheaper, what he gets in Belarus.

However, in reality,, Unlike some hotelok not quite bona fide experts, the situation is much different.

At first, 25% It called not from the current price of gas from Gazprom, and those prices (214-239 dollars per thousand. cube. m), that Ukraine has come out as a result of the virtual transit. That is about all the same 160 dollars, how to sell gas to Europe from "Gazprom" receives "the European average" in the current year.

In addition, it was just a suggestion, Kiev ignored by. Under the terms of the agreement, price for Ukraine is now formed on the basis of quotes NCG hub without any discounts for transit. And there figures fluctuate in the corridor between 147 and 177 dollars per thousand cubic meters.

So that, anyway, and cheaper, than Minsk, He does not work. although cheaper, before you go, indeed come. But it's not that we were forced Ukrainian authorities to take Russian gas is not directly from us, and the principle of through third parties in Europe with an overpayment.

In other words, about any defeat Russia or Gazprom say there is no reason at all. Especially in hysterical panic style. Normal working time. As the saying goes, It came out worse, than I would like, but better, what might be.

Only if Europe earlier with US construction Russian "flows" sought to slow down, now it starts them from American encroachments to protect. Not to tell, that already immediately effective, but it still has a lot of progress in the destruction of the collective unity of the West. that pleases, naturally, not all, including some home-grown "experts", and suddenly become experts on the "gas transit". teach materiel, companions, teach materiel.