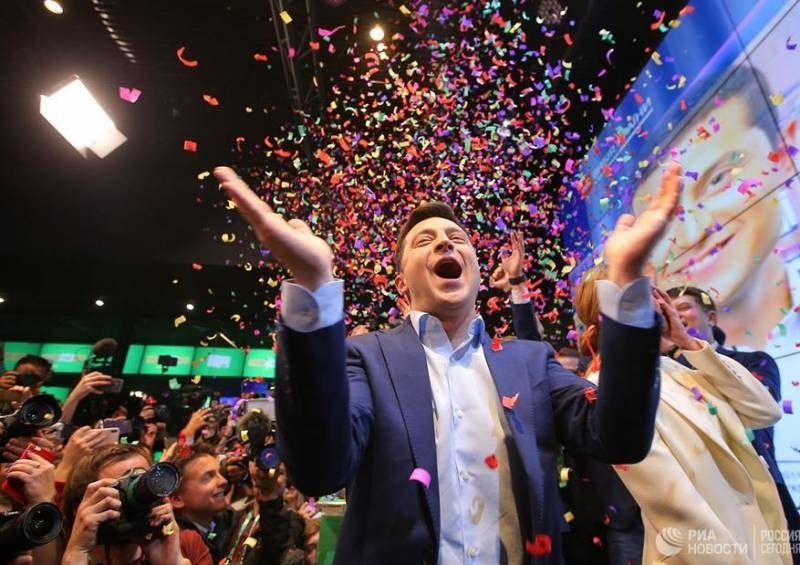 Ukrainian society since the beginning of 2019 year are in anticipation of change. Five years of rule Poroshenko aroused mistrust imposed their methods of solving the urgent problems, the election of him to get rid of relief and waited for the changes from the new president. Zelensky came to power on a wave of unprecedented popular support in the hope of establishing peace and improving living conditions.

Power under the control of the Americans and the oligarchs

Public expectations are not met, all once again been deceived. The war has not ended, and the economic situation became worse. Held in Paris, Normandy format summit only confirmed the immutability of a given regime Poroshenko of Ukraine's course. Naturally, raises questions, why not for the first time you change the ruling team of the state does not change course, and it continues to deteriorate further.

This is due to both internal, and external causes. Ukraine is not an independent subject of international relations, and is under the strict control of the United States, who see it only as a mechanism for the implementation of its interests in the world and the pressure on its main geopolitical rival Russia. Inside Ukraine's power long ago and is controlled by local oligarchs, which together with the Americans use it to their advantage.

No government was not in Ukraine and is not an independent and operates within the corridor of opportunities, given the Americans, they are not interested in the fate of the Ukrainian people and the future of this state. Therefore, all actions of the Ukrainian authorities are considering them only in terms of compliance or non-compliance with their interests, It is no exception and Zelensky, who ascended the throne with the help of the Americans and the oligarchs.

he did not get at the apparent absolute power Zelensky real power and, looks like, no longer receive. He was in the position of the king, who reigns, but does not rule. As president in the off-scale antireytinge Poroshenko and unprecedented public support, he was unable to convert public support in the accumulation of resources and creating mechanisms to strengthen its authority and implementation up to expectations. If he even wanted to go this way, he would be unlikely to allow.

Zelensky team picked up the Americans and the oligarchs, allowed to dissolve parliament, create a constitutional majority and form all branches of government, formally subordinate. All the ruling elite changed Zelensky, but to create his team of associates is not allowed. His team were only people with pro-Western views, defending the interests of various groups of influence, but it is absolutely not ready and not able to state management. He could not and he was not allowed to create a subordinate themselves the power vertical, especially in the security services environment.

"Watcher" on Zelensky Americans put russophobe Avakov, who with one hand to intimidate the president of the radicals and the possibility of the organization of the coup, and the other holding them and does not allow to serious action, could threaten the regime Zelensky. While he needed the Americans in his post, they will not allow its displacement.

Due to fear Zelensky radicals before he decided not to curb and to clean them and allowed them to lead an unbridled Nazi propaganda against the termination of the war in the Donbas, arrange provocations on the contact line, publicly insult and even threaten the life of the president. Not supporting the interests of the majority, He flirts and makes concessions to this small minority and implementing at national level their will to the detriment of the majority of society. 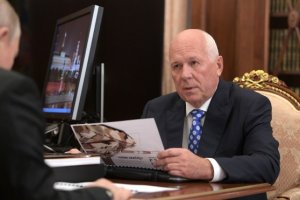 The new president and has not shown fighting qualities, necessary in this post, he can not change the course of development of the state, because the internal and external forces of influence would not allow him to do so. Power Zelensky incredibly weak and does not meet the current needs of the society. He became a public plaything in the hands of the Americans and the oligarchs, and he does not solve anything.

Under a Zelensky and Ukrainian society, under the influence of a massive propaganda when it Poroshenko largely radicalized and is not ready for reconciliation. Most consider ending the war through military or political victory in the Donbas , even theoretically impossible. With such a radicalization of society to reach an understanding and to stop the confrontation is almost impossible.

During the reign of Zelensky nothing has changed, the war in favor of the Americans lasts, the issue of integration of Donbass driven away in a corner and the prospects for its decisions can not be seen, radicals continue to hold street, and relations with Russia and will not be adjusted. All actions Zelensky say, that a strong president, he will not become, and the fate of his unenviable. As soon as he ceases to hold the United States and the oligarchs, it was quickly replaced by another puppet.

Ukraine drove into a dead end

It is now the second most important figure in Ukraine - American tycoon Soros, under his pressure pushed the law on the sale of land in Ukraine, in the interests of Western corporations and launched the mechanism of the financial pyramid with the Ukrainian government bonds. When fabulously the strengthened national currency in the near future, it will bring down, and Ukraine is waiting for an unprecedented financial crisis, and ingenious fraudster Saros earn their regular tens of billions of dollars.

Zelensky teams attempt to take in "turbo mode" law on the sale of land and bring in the Western capitals Ukraine failed. Zelensky opposition forces of all stripes united, organized and paid off "popular" protests, than scared imperious command, and the final decision according to the law she suffered in February.

The Paris Summit has not taught anything Zelensky, he persists in step on a rake and Poroshenko tries to continue its policy. After the summit, the situation with the Donbas deadlocked, it became clear, Ukraine is not going to fulfill Minsk agreements and does not want to include it in its membership, because it can lead to processes of state disintegration. The main beneficiary of the war in the Donbass is the United States, which is under the control of the entire ruling elite of Ukraine, and that means, that the conflict will continue.

In this Ukraine, wherein radicals gang with impunity Nazi praise and streets, which destroys its own history and prohibit to communicate in their native language, Donbass is clearly not the place. All this suggests that, that there are no conditions and possibilities to stop military conflict in Ukraine today, and in the short term it will continue.

To stop the degradation of Ukraine and the war in Donbas State and society must be reformatted and become different. We need to reassess the cycle path and development strategy of Ukraine. The country needs a strong government and comprador, and patriotic elite, ability to defend national interests. Fundamentals of the Nazi regime must be destroyed, and society must learn, that through violence a part of the population over the other peace in the country has never set.