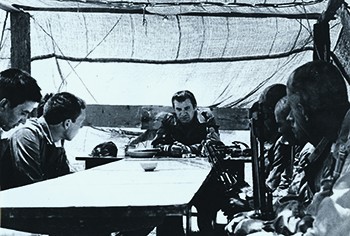 15 February 1989 years Soviet troops left Afghanistan. Far from the Motherland, our soldiers and officers in the 80s of the last century took on the mission of saving the world from the emerging threat of international terrorism.

Much has been written about the participation of Soviet troops in the Afghan war. However, despite a wide range of topics, covered in publications, there are still many white spots in her history, including the actions of the Soviet special forces against the armed opposition in Afghanistan.

In the USSR, all, what is connected with the special forces, was shrouded in secrecy. Any attempt to mention them was suppressed by the censorship. In June 1985 of the year, being on another special mission in Afghanistan, I ended up in Asadabad. The small town of Asadabad - the capital of Kunar province - is located on the river bank just 15 km from Pakistani border. It was the easternmost point of the deployment of Soviet troops. And abroad there are continuous training centers for the Mujahideen.

South of Asadabad, dushmans were trained by advisers from Pakistan, in the area of ​​Asmara - Americans and French. There were also many Chinese instructors. More than 20 transit caravan routes from Pakistan. It is no coincidence that these places were called the land of unafraid spirits.. The soldier's proverb was not born out of thin air and not by chance: “If you want a bullet in the ass - go to Asadabad!»

Neighborhoods of Asadabad. On the banks of a fast mountain river was a special forces battalion of the GRU (Main Intelligence Directorate of the General Staff of the USSR Armed Forces). Buried in the ground, in stone, equipped firing positions, message flows, observation posts, ready for any surprises.

On the other side, gray rocks come straight to the water. Downed MI-24 is on our side, a T-75 tank was blown up, several trucks, twisted metal all around. In a word - barricades. In the distance, adobe Afghan houses are barely visible. A peasant walks across the field with an ox, presses the plow handle. Thin ox, wooden plow. But the furrows are even, there are already a lot of them. apparently, has been plowing for more than one day ...

Lieutenant Colonel Kselovalnik made a circle over the camp, hovered over a site cleared of boulders, over which a striped cone fluttered on a pole. An impenetrable cloud of brown dust enveloped our MI8 for a moment and disappeared, opening his eyes to the command vehicle, radio station antenna, boulder-protected firing positions. Three more MI-8s and cover helicopters land nearby (MI-24).

An officer in camouflage meets us, without insignia, under 190 cm growth, with a classic athletic figure.

- Captain Bykov, - he introduced himself.

A line of soldiers and officers froze on the parade ground. Short briefing.

- No questions, - the battalion commander answers himself.

Take off, already on board I ask the commander about the mood of the personnel.

- I do not know, who you are. But if you fly to the operation with us, so, our person, - and answers questions. At that time, the Soviet press did not write about the GRU special forces at all.

But about the skill, courage and military exploits of the special forces, subordinates of Major Georgy Bykov (commander of the 334th detachment) spoke respectfully American and Western European experts, who worked as advisers at training bases for Afghan mujahideen in Pakistan. Some of them, clearly Western military, was given the loud name "Assadabad huntsmen", caught up soon by the local population and rebels, first in the provinces of Kunar and Nangarhar, and later throughout Afghanistan.

Later in Afghanistan, there was no more popular personality in the special forces units., than Major Bykov. Yes, and among the dushmans, he enjoyed authority. After all, not for the beautiful eyes, one of the leaders of the dushmans, Gulbeddin Hekmatyar, promised three million Afghans for the head of commander Bykov.

His officers were similar to the commander.. One of Bykov's talented pupils was the chief of intelligence, senior lieutenant Oleg Yakuta, who ended up in Afghanistan as a twenty-year-old lieutenant. During the first five months of service in Afghanistan, he firmly gained the business authority of an officer, possessing an enviable composure, ingenious cunning and sharp wit of a scout. Repeatedly these qualities saved his life and, and his subordinates, and the whole squad.

A clear confirmation of this was the operation, held 3 December 1985 of the year, when, during a fierce battle, the Yakut group assisted the special forces, ambushed by mujahideen. Acting selflessly, boldly and decisively, Lieutenant Yakuta in that battle saves his comrades from inevitable death. Real death also hung over the head of the young lieutenant. The density of enemy fire was as follows, that the commander of the Yakut group in a few minutes of the battle received two bullet wounds in the arm and knee. Despite the injuries, the lieutenant continued to competently lead the battle and forced the outnumbered group of spirits to retreat. For this battle, Lieutenant Yakuta was nominated for the Order of the Red Star. How many such fights were there.

In April 1986 years in the Chaishan Masti area (Kabul province) a special group of Yakut during a fleeting battle captured nine prominent figures of the Mujahideen, and killed ten guards. During this battle, Yakuta received a concussion..

In general, Yakuta, commanding the capture team, captured 20 the leaders and deputy commanders of four large bandit formations, participated in the capture and destruction of a number of large warehouses with weapons and ammunition in the well-guarded fortified areas of Carera, Goshta and others, located behind enemy lines on the border with Pakistan and in the depths of the territory of Afghanistan.

The most outstanding personal feat of Lieutenant Yakuta is his organization of reconnaissance and defensive battles in the Nuristan region., controlled by the bandit formation Sarvakhin, in whose ranks there were more 3 thousand. mujahideen.

25 December 1986 of the year Lieutenant Yakuta, at the head of a group of scouts under the cover of Afghan refugees, was transferred by helicopters of the Afghan Air Force to the city of Barikot. As it turned out, the appearance of our scout in Barikot coincided with the beginning of a major operation, planned by the CIA and the Pakistani intelligence services together with the leader of the mujahideen Gulbeddin. The essence of the operation they were planning under the code name "Heart of Asia" was the rapid capture of the Nuristan region with the announcement of a new state of the Heart of Asia with its capital in the city of Barikot.

The offensive of the Mujahideen began a few days after the landing of Yakut in the city. In the first hours of the night with 27 on 28 December 1986 years, the mujahideen destroyed or scattered two battalions of the Afghan Army border regiment, covering the city from the east and north. Heavy, the bloody battle was fought by the 3rd battalion, most efficient and loyal to the regiment commander. The panic began, attempts of mass desertion and betrayal by the Sarboz. In this setting, Lieutenant Yakuta, being in the ranks of the defenders, together with the commander of the border battalion, he carried away by personal example the remnants of the sarboz to repel the attacks of the mujahideen, than saved the situation at the most critical moment of its development.

Afghan Border Regiment Commander, four Soviet advisers and part of the regiment's commandant company attempted to leave the city towards Assadabad. But Lieutenant Yakuta decided not to leave the point of permanent deployment, but organize defense on the territory of the old fortress (where was the headquarters of the regiment) using all available funds, including the latest mines "Okhota-2", which the scouts brought with them to mine the caravan routes of the Mujahideen.

The Afghans and our advisers completely obeyed the combat instinct of the scout and, as they themselves admitted, not wrong. Fortress defense, chosen by Yakuta to repel the assault on the enemy's massive forces, a professionally prepared system of fire and mine-explosive obstacles made it possible to repel the attacks of superior forces of the Mujahideen. The continuous battle lasted three days.

Unable to take the fortress from the first assault, Mujahideen suffered significant losses, including minefields, installed at night by Lieutenant Yakuta personally. Then began a long siege of the fortress.

Shelling the fortress with rockets, artillery and mortars, they repeated the attacks again and again, but met with stubborn resistance from the defenders rolled back.

According to the advisers S.M.. Bekova and AP. Vavilova, during this period, Lieutenant Yakuta was the soul of defense. He demonstrated calmness and confidence in his strength and in the stability of the created defense.. When dusk was falling, the lieutenant secretly left the fortress and carried out echeloned mining of the Mujahideen's routes from the crossing to the city. Wherein, using silent weapons, shot spirits, survivors of explosions.

His actions were daring and inflicted tangible damage on the enemy. Mujahideen began to panic and refused to enter Afghan territory. American advisors, who received information about the "shuravi-shaitan" operating in the fortress, arranged for the "night hunter" a real check, but luck was on the side of Lieutenant Yakuta, which the, according to advisers, became even more careful and sophisticated.

During a week of fighting in Barikot, rumors of a brave lieutenant reached Jalalabad and Kabul. General of the Army Varennikov flew to Jalalabad to the headquarters of the 15th brigade of the GRU special forces and heard the brigade commander Starov on the development of the situation in Barikot.

After the decision was made to evacuate our advisers and a group of scouts from the city, headed by Lieutenant Yakuta, Varenikov called Lieutenant Yakuta to contact and listened to his opinion on the expediency of further hostilities. The lieutenant reported to the general of the army, what, in his view, you can't leave the city, but it is advisable to consolidate the situation in our favor and keep the city. Varenikov agreed with the arguments of the lieutenant and approved this decision. Soon, to support the defenders of the fortress, Barikot was parachuted to 20 helicopter unit of the elite presidential commando.

Bloody battles in Barikot continued for three more days, the enemy was everywhere knocked out of their positions and forced to withdraw to Pakistani territory.

As it later became clear from undercover sources, the Mujahideen lost in the battles near Barikot killed and wounded more than 600 human.

By personal order of General of the Army Varennikov, Lieutenant Yakuta was nominated for the title of Hero of the Soviet Union. Hero Oleg Yakut never received. Personnel officers at the headquarters of TurkVO counted, that three Orders of the Red Star will be enough for him ...

For two years of military service in Afghanistan in incomplete twenty-three Yakut was presented to five orders and the title of Hero of the Soviet Union, and returning home to a crumbling army, turned out to be unclaimed and resigned with the rank of major.

In the prime of life, the army turned out to be unnecessary - is this not the height of indifference to people in uniform?! What legendary personality has the Russian army lost?!

Comments
Subscribe
news
interesting
news "AT 1991 Ukraine might not have become independent ": Kravchuk's statement on the eve of the 30th anniversary of the referendum on the preservation of the USSR 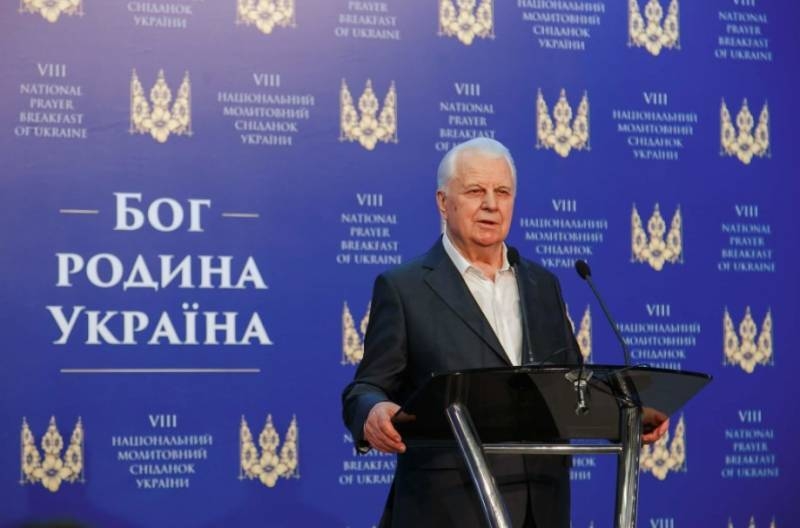 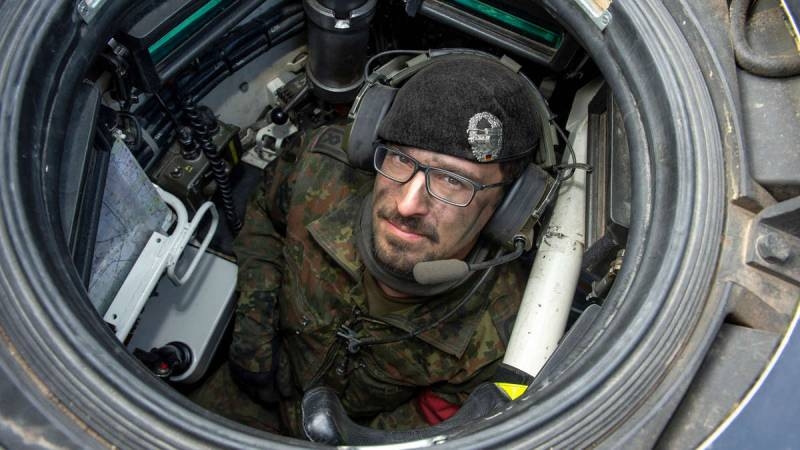 Analytics Lithuania's most expensive military contract is in jeopardy 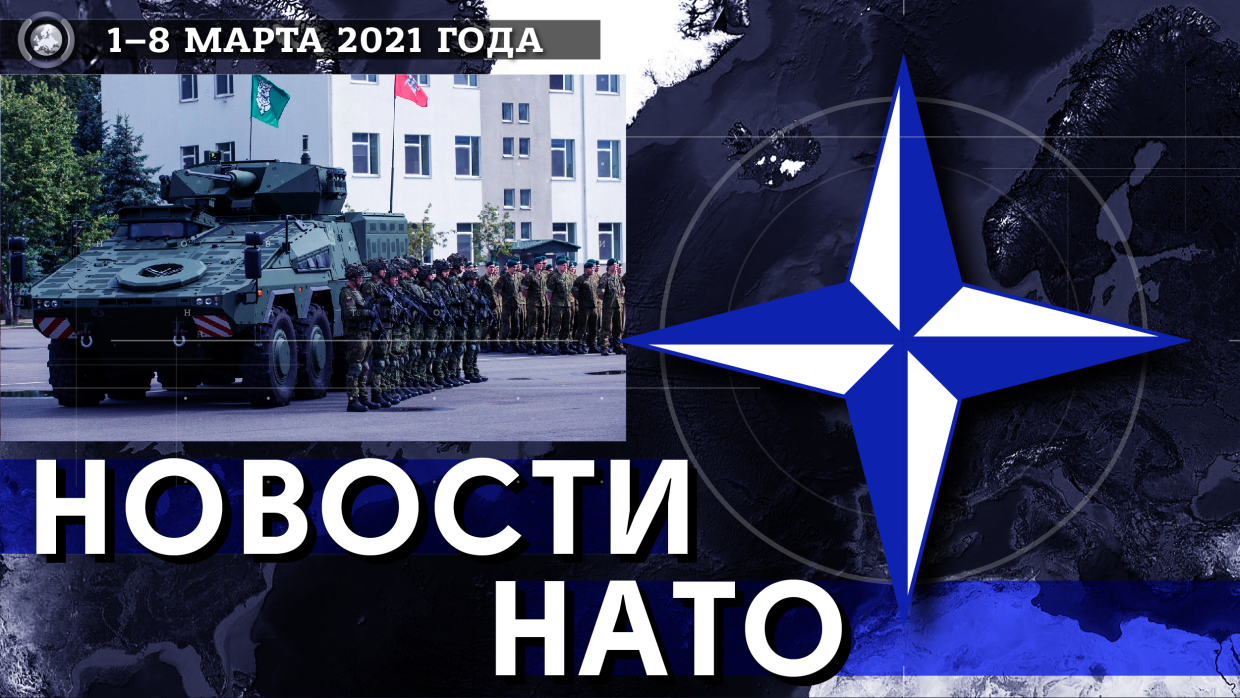