Large ships of the US Navy: cut, without waiting for peritonitis 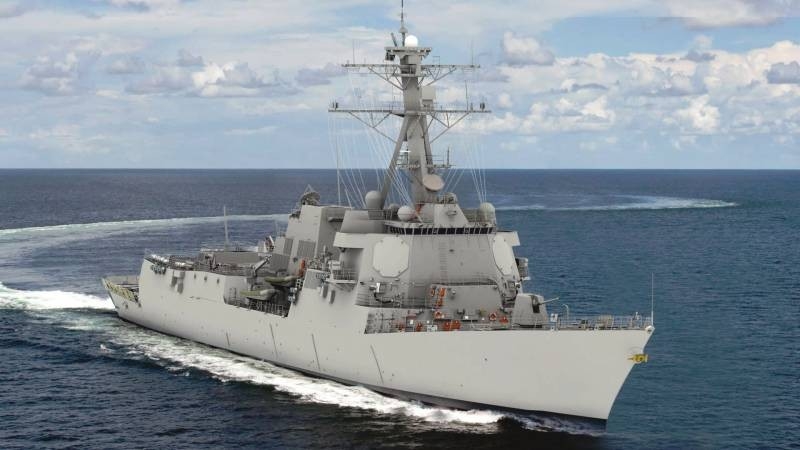 The greatest navy the world with the largest funding suddenly forced to reduce its membership and shipbuilding programs, And it against the budget military spending growth.

A bit of the promises

As is known, our misdirected agent Donald Trump likes to give various promises, that are unrealistic, and wishful thinking. In the US, even in Congress and the Senate lacks duraleya, who believe “agent”, as in “Russian interference in the elections”, They all can not be wrong? Among its claims and promises and have the story of the US nuclear power takeoff on previously inaccessible peaks - while continuing degradation and fall of the number of nuclear arsenal. And stories about secret devices and missiles, that allow America “hold the lead” in the missile sphere - which is not in sight, and there is a backlog of Russia on a number of technologies not just years, and on 10-20 years or more: We are talking about all the same “hypersonic” technology planning and maneuvering warheads, hypersonic missiles, etc.. And there is promise to strengthen the anti-missile system, eg, deploy additional interceptors GMD interceptors new - instead interceptor program covered, opened a new, and interceptor missiles and does want a new.

But, it seemed, that the intention to increase the fleet to 355 units were quite real - it's a fleet Americans fared decently. However, there, looks like, It will not come true.

Cut, without waiting for peritonitis

The US Department of Defense sent to the White House plan, which would reduce the construction program destroyers URO type “Arly Burke” series 3 (Flight III Arleigh Burkе) more than 40 percent in 2021-2025 financial years. In total, the proposal to abandon the construction 5 of 12 destroyers, planned in the framework of the so-called Defense of the program for future years, or FYDP. This plan will result in military shipbuilding to general budget cuts in 9,4 billion. Doll., or 8 percent, according to a note from the Office of Management and Budget for the Ministry of Defense of the White House. This writes the online edition “Difyens News”. Also scheduled to accelerate the process to reduce the number cruiser type URO “Tykonderoha” in the Navy before 9 to 2025 year, copied 13 cruisers. Last year, the Navy proposed to cancel the conversion cruisers “Banker-Hill”, “Mobile Bay”, “Entietam””, “Leyte Gulf,”, “San Jacinto” and “Lake Champleyn” at 2021-2022 gg., now simply write off. also to 2022 g. will bring down “Monterrey”, “Vella-Galfi” and “Port Royal”, on 3-7 years ahead of schedule, and “Caputo” to 2024 g.

In this way, Navy not only grow in number, but also to be reduced from 293 now to 287 units. And that is not all “gifts” Christmas for sailors.

[h3″Necessary unnecessary ships[/h3]
Offered (wherein the proposed command IUD) write off the first four housing type LCS ships. It is about the names of the ships “Freedom”, “Independence”, “Fort Worth”, “Coronado”. These ships at the very minimum be left at least 12-17 years, but in reality, and more could be. Same “Freedom” He came into operation at the end of 2008 city, true, immediately landed several months for repairs to correct deficiencies.

clear, LCS ships that both subtypes, to put it mildly, have questionable usefulness in its current form. They promised a lot of things for them, and implementation, as often happens, let us down. Besides, the first body have a mass, obviously, until the end and did not address the shortcomings. Here they want to send and “on needles”. but Navy, actually, a little earlier on the contrary stated that, as they really need these first ships, who planned to use for the test was delayed for a decade loads modules. In addition, a few years ago “the concept has changed” by LCS. earlier it was planned, what, When done all the planned load modules such as a mine (trawler in the idea itself 3000 so smacks of idiocy), ASW and other, then for each body will be tied replacement crews, trained for a specific type of load modules. Then we decided, that each ship will receive a permanent type of load, and, respectively, crew, and train them to collect these 4 The first ship. Now, suddenly, these ships were “Not needed”. Navy will now have to think, where testing new modules and where train crews then. 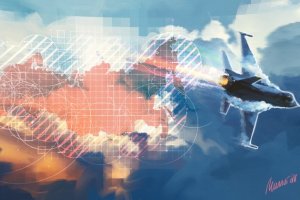 three DTD, amphibious transport dock type “Uydby Island”, including ancestor class, as well as the DTD “Germantaun” and “Gunston Hall”, also plan to write off, although they, without extension of the period of operation, I had to serve at least 8-14 years. a decision on them has already been taken, ships and soon he will go to a breaker. And further 4 cruiser type URO “Tykonderoha” also, perhaps, They will be written off prematurely.

In addition, against the backdrop of a heated discussion about the precarious future of aircraft carriers to dramatically changed circumstances of War at Sea (talk about long-range supersonic, especially hypersonic RCC, understandably, someone) and the usefulness of these as such in the wars with even relatively strong opponent (it is not even on the Russian or even Chinese), and against the background of problems with the serviceability of existing carriers and nedovedennostyu perspective “Ford”, and the expected early write-off of one of the aircraft carriers, It happened another event.

Congress cut funding for research projects under the program of creating long-term naval fighter-attack aircraft F / A-XX, which will replace the F / A-18E / F “Superhornet” in 2030-ies. In the past year to the program allocated a total of 5 million. Doll., with most of the increase went to study in the field of advanced engine for this aircraft.

In fact, the program is now at the initial definition of requirements for aircraft, generally, hotelok stage and the driving finger on paper, but it is important - all programs so begin. This year, wanted to get a little more 20 million. Doll., but gave only 7. Okoloflotskie circles, more precisely, representatives palubnikov, immediately began to release on this topic comments, that aircraft carriers and so, breakwater, stand at a crossroads, Do not go their way oblivion, after superdreadnoughts, drednoutami, armadillos and war elephants, And then there's the plane, which the, in their opinion, “very important”, do not even try to develop. “Superhornet”, generally, good flight, but not for the 2030s, and replace the park completely on the lame, scythe and crippled F-35C does not want to categorically US Navy - and rightly so.

Where the money goes?

All this decrease with an increase in the defense budget looks strange. Of course, you can not compare the US defense budget in absolute figures, it is necessary to look at comparable prices for service, are growing by leaps and bounds in the US, but still, even in comparable prices almost reached the budget of the higher digits under Obama or Bush-ml., that is, the amount allocated large. And at the exit, we have a reduction of crews and construction programs, ships and seafarers in long queues repair. Yes, and to paint the poor do not have enough money, judging from the filthy mind of many American ships in foreign ports and their.

Of course, ship at sea is always stripped waves, but the ship, released a week ago from the database, can not and should not look like, as “Gazelle” marshrutchiki, who does not care, he had passengers through the hole in the back of the dirt from the road flooded. Let's, they really have banned some not very smart head tinted in sea, ostensibly for environmental reasons (so say, true, not Americans, and the French, justifying obscene kind of Navy ships), but a week or two and it does not require painting. What is happening and where the money goes? Complex issue, special, If the audience is US DoD “not found” significant violations in spending (or do not like).

But the fact, that the financial impact with the aim of saving it is applied on surface ships, and large, without touching the US Navy submarine, says, that threat “new weapons” namely in the surface fleet headquarters taken seriously. And gradually the de facto beginning to move away from the concept of large ships, while reducing their number. Indeed, after the reduction of the number of destroyers and cruisers will be followed by reducing the number of carrier battle groups. As well as the construction of, eg, virtually eliminated the earlier class frigates - until the matter is now in the stage of decision.

At the same time the White House and not want to hear anything about the rejection of the promise “fleet 355 units” and requires the US Department of Defense “to study the issue”, so that the wolves were fed, and the sheep are safe. That is, to reduce seafarers, and expenses, and somehow 355 receive units. What it? They need to work out a plan, how to 2030 g. to obtain the desired fleet 355 Units combined conventional and unmanned vehicles. To do this, even have to change the law, and now unmanned underwater vehicles, unmanned boats, etc. are not considered warships, and go as ship equipment. But the sailors are unmanned undertaking skeptical. It is one thing - small boats and submersibles. Another - to create unmanned, let's, missile missile corvette or frigate. The easiest question, unanswerable: how to carry out the struggle for survival of such ship, let us say, when receiving holes or fire? Populate its robotic crafts from “Boston Dynamics”, which will run releasable bulkhead with sliding stops in iron fingers iron hand? They are good only in movies, and not on the burning deck or in the hold of the ship flooded, or, let us say, in a storm. And from them until a little more than confusing, than from our FEDOR robot in his first journey into orbit. But such questions can be set dozens. Both supporters “bezlyudnыh frigates” will not be able to answer them yet. “Flying Dutchman”, which was not alive sailors, He traveled the seas forever only in legends. This ship without a crew could not yet for a long time, probably, can not.

But the research and testing of such ships can learn a good amount of money, which is quite enough for the timely repair of the current fleet.

I. Vyatkin, especially for “military review”