Educational materials
Equipment
weaponry
New on site
Analytics Credit card charges reveal a systemic problem in banking
news In Crimea, explained the absence of Ukrainian reconnaissance drones at the border
news Lukashenka offered Macron to mediate in the transfer of power to the "Yellow Vests"
news The first day of fighting in Karabakh: both sides of the conflict posted footage of the clashes
news Referendum in Switzerland approved the purchase of fighters
Instagram @ soldat.pro

Immigration to Russia. Running ahead of the engine? 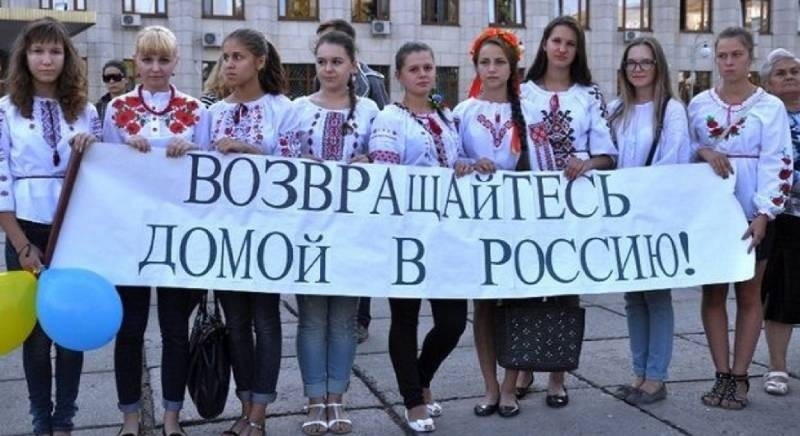 It is logical - is not always true

So historically, that many of the migration is considered the only effective remedy for the demographic weakness of states. The reason is simple: in developed countries the population does not want to have children in the amount of, sufficient at least for reproduction. This means, sooner or later, inevitably raises the question of shortage of personnel for the normal functioning of the local business, and then the more severe problems, related to the very existence of the state.

And the attraction of foreign migrant workers seems like a logical way to solve the issue: simplifies migration legislation, and now a grateful business bowing your feet, and in kindergartens and schools across the country heard voices of new citizens, born in families from Pakistan, India, Africa, Mexico and still many countries in the world. This is a simple way, and every simple way is attractive to all sorts of public servants, which often do not care about real-life problems, if reporting is good.

immediately clarify: I am not a supporter of simple solutions. At first, I think, that the dominance of migrants is one of the factors, determining the unwillingness of women to give birth to our children. No, ones not nationalist and racially. Usually, they are very far from that, even at the household level, not that the ideological. We are a little bit of something else: in a situation, when the crime situation in the country, to put it mildly, far from ideal, the influx of visitors inevitably spurs crime. And when the streets (as well as in schools, in high schools) your child is not safe, mother and one missing, to all day to find a place for excitement.

Besides, I am quite skeptical in relation to suffering from a shortage of labor business. It's all very simple: need working hands - competing for them! salary increases, Better benefits package, create optimal working conditions. This is a great incentive to invest in productivity, increase in production, in the purchase of more efficient equipment. Road work is beneficial to the economy, if it is not focused on the export of slippers and shirts. And for Russia, which in principle can not rely on fair competition in foreign markets, the more foolish to focus on the growth model, built on cheap labor. Therefore, to run with a handkerchief on everyone of our business is clearly not worth it, otherwise soon we will pay less, than in Bangladesh.

Generally, if you call a spade a spade, I am against any mass migration to Russia of foreign citizens, except for the repatriation of compatriots and their descendants. All the rest, probably, I am ready to take, albeit very limited and selective. But…

There is a possibility, I'm wrong. Therefore, let's still try to consider some options for improving the system of reception of migrants and turning them into real (without quotes) Russians.

For a start all the same to make a reservation: before venturing any large-scale migration program, we should somehow achieve a breakthrough in the fight against crime. This is a topic for another conversation, so just take it for granted: first decrease (and significant!) crime, and only then - workers from potentially criminogenic points of the globe. And not vice versa ...

Also, it would be necessary first to take care of stimulating the birth rate in the country and only then invest in migrant reception. And this is directly related stuff: if the money, that eat migration program, You can increase the maternity capital, increase child benefits and to subsidize mortgages for large, this is clearly a smart investment, than to accept the costs and improvement of millions of new citizens. 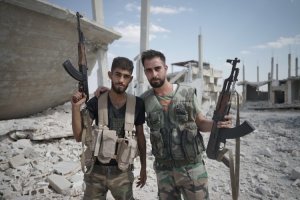 According to them,, unfair repatriated to Russia Russian and their descendants, because there are still many other nationalities. it, they say, can somehow infringe on their rights, lead to protests, growth ethnic tension and so on.

But this argument, admittedly, Extreme tricky, because absolutely nothing stopping us on an equal footing to repatriate citizens of any nationality, If she, this national, traditionally resided in the territory of the Russian Federation. Yes, repatriation should also apply to Russian, and Tatars, and Kalmyks, and Mordovians - without exception. Furthermore, if the quality of one of the handles to make the presence of the Russian Federation territorial nation, then touches it and the Jews, eg, which is compact in what is now the Russian Federation have not lived.

true, opponents more concerned about other, as they tend not to talk, but that can be traced in many of their speeches: they fear change percentage, Togo, that Russian in Russia will become much larger in proportion to the. And without that because our country can be considered as a mono, if we approach this issue with the European standards. And then Russian will be even more - the horror, the horror, is not there a "natsionalizmu"?!

Anyway, repatriation program compatriots there and in Israel, in Germany. And the program runs, effective. Therefore, here we, if so decided, will be simpler: learn from the experience of others is not a sin, if it is successful and useful for the country.

Now to the question of, how and what we do with the so-called labor, or economic, migration. here, is, also have the options of successful selective migration, based on the needs of the state in those or other specialists.

One of the examples referred to Canada, whose immigration law is directly based on the principle of demand. Moreover, there has been the migration of an entire ministry, and for a successful migration to Canada is better not just be required by specific, and has signed an employment contract with a Canadian company. In its turn, for Canadian employers have a limit: they have to prove first, that none of the indigenous people does not pretend to available vacancies, and only then they can "sign" a foreign citizen. exceptions, of course, there is, but this is an exception, rather than the norm.

surprisingly, true? Tell us about this Russian official, and after a moment of bewilderment and he will certainly say: what, so could? Yes, is, could not make a thoroughfare of the country, normalize the work on attraction of foreign migrants and guest workers, not to create unnecessary tension in Russian society, not "stimulate" street crime and drug trafficking. Generally, you can immediately do a good.

Generally, summing up our little essay, you need to note the following.

First of all it is necessary to understand, that even in liberal and democratic countries the state approach to the issue of migration is not only tolerated, but practiced and confident. And it does not go to the detriment of any democracy, nor liberalism. Therefore, for the tears of a child wailing our paid guardians should be left out of the equation of any serious discussion of the problem.

Besides, there is need to keep the cries of our "business". Strictly speaking, He has long been does not need benefits and privileges, and in the proper regulation and increase accountability. The current situation is dangerous by the fact, that business in any deterioration in the situation goes to the "shadow", considering it almost for granted. But it is not just the business itself does not solve problems, but also creates them for the whole society.

certainly, to the interests of business, and we will have to return. But later.

When, you ask? And here is a good marker: when the gap in salaries of top management and hired a qualified employee is no longer 300%, we can talk about, that payrolls are really close to optimal. And if someone, this figure seems to be unreliable, here you can cite the example of the Scandinavian countries or the late USSR, where the worker receives an average of rubles 300, and the director of the plant - somewhere on the level 800-900 rubles. And nothing, especially do not complain. 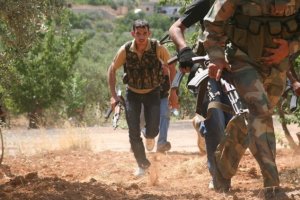 Named salary, that Turkey has promised to Syrian terrorists for supporting Libya's NTC

It is also the most important question is banal restoring order in our streets. Traffickers should receive the highest measure, various "criminal authorities" need to be forced a fourteen-hour day at the State of the employer, Other bandits and criminals should also be horrified to think about, that they may be interested in Interior Ministry. And only then migration, especially designed, It can be a boon to our country.

In the meantime,, as is known, we make decisions randomly, without thinking. Sometimes it seems, that even the international experience in this matter we are studying at the headlines, no deeper than. Therefore, I am opposed to any mass immigration, except the programs of repatriation of our compatriots.

Well, after, probably, time will tell. 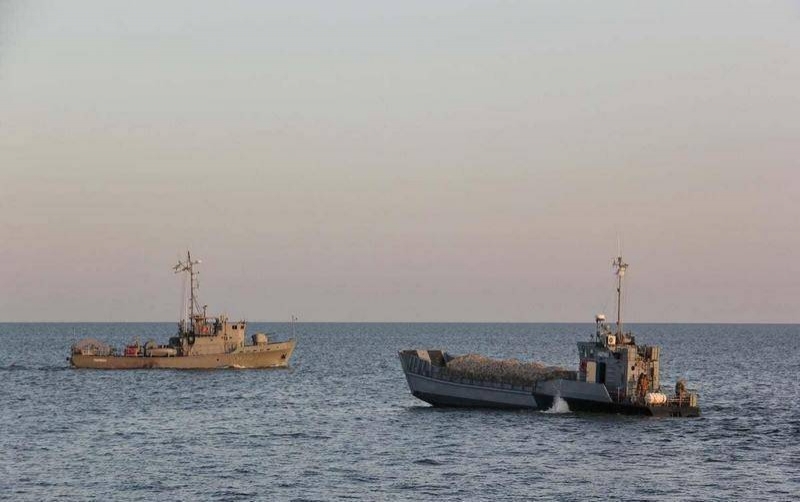 news The first day of fighting in Karabakh: both sides of the conflict posted footage of the clashes 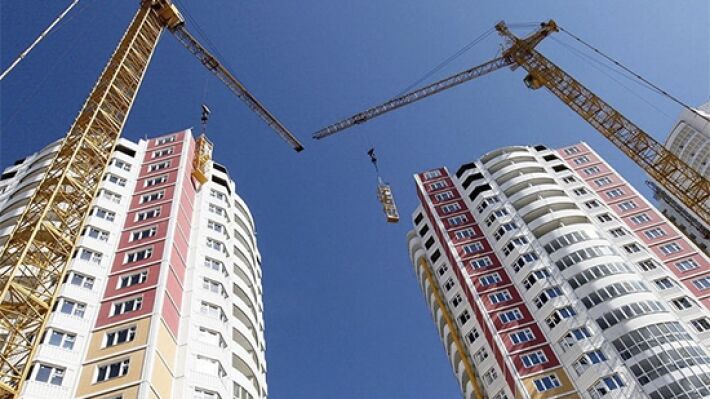