Educational materials
Equipment
weaponry
New on site
news The Ministry of Defense warned about the preparation of a provocation with chemical weapons in Idlib
news Ukraine announced "full right" to block the North Crimean Canal
news Food prices in Russia have risen three times higher, than in the European Union
Analytics India and China agreed not to build up troops in the conflict zone
Analytics What does plaque on the teeth of an adult and a child say?, and how to get rid of it at home
Instagram @ soldat.pro 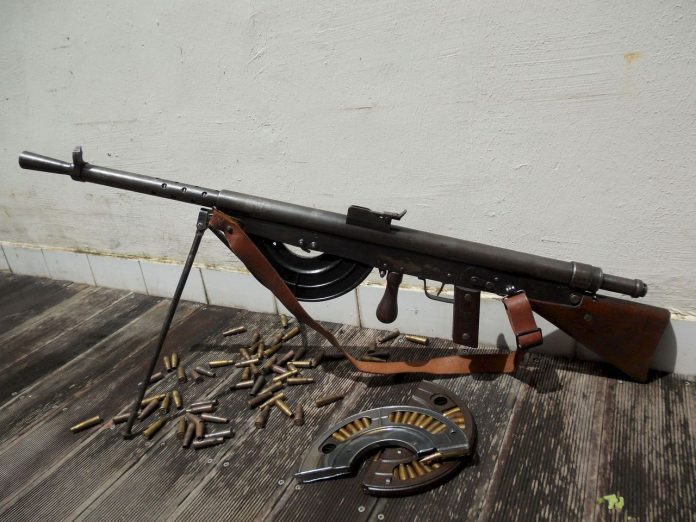 It is considered, that manual chauchat system is one of the worst designs in its class, taking part in the hostilities of World War I. As he got to the front?

Despite a lot of claims to the given pattern, at the beginning of the war in all armies of the world there was an urgent need for it in the light machine guns.

The basis of the design of the French machine gun rifle lay previously developed, and already from it was made assault rifle. Originally it was intended for attacking fighters. But the situation on the fronts are increasingly forced to be in the trenches, where the design features of arms leads to its frequent breakdowns due to store pollution.

However, light machine guns and Shosha had a significant advantage — Its simple design allows you to quickly saturate the troops with automatic weapons. The same conclusion was reached by the Americans, placed an order for the French machine guns under their original cartridge. Is a new form of store design Shosha made more successful, - talk about this in our new video.