70 years ago, 16 December 1949 of the year, Chairman of the Central Committee of the CPC Arrives in Moscow, creator of the modern Chinese state, Mao Zedong. In the North (now Yaroslavsky) he was met at the station by members of the Politburo of the Central Committee of the CPSU(b) Vyacheslav Molotov and Nikolai Bulganin. the guest, dominated by disturbing thoughts, was thoughtful and wary. How will Stalin meet him? Will they find a common language?

Mao walked along the line of honor guard and delivered a short speech, which I concluded with words: “Ten thousand years of friendship and cooperation between China and the USSR!"After that, he went to Stalin's dacha, which the owner kindly provided him.

That evening, Mao met with the head of the Soviet Union.. Both leaders were already familiar, but only in absentia, by correspondence. At that time, Mao was not yet the chairman of the PRC, but already dreamed of becoming the ruler of all of China ...

In summer 1947 years, Stalin agreed to the arrival of Mao in the Soviet Union. However, this could cause complications with the country., which had diplomatic relations with the USSR - the Republic of China. And so Moscow hang up, showed cunning: breakwater, Mao's absence could hurt China’s front-line situation. The Communists then fought with supporters of the Kuomintang party led by Chiang Kai-shek.

Stalin led a difficult game - Washington assured, that wants to deal with Chiang Kai-shek, keeping the USA from interfering in the internal struggle in China. However, Stalin also helped Mao., opening his arsenals for him.

One year later, in 1948, Mao was going to Moscow again, but it was again cooled by Stalin. The reason for the refusal was still the same. Stalin and later, under various pretexts, pushed back the meeting with Mao. maybe, Soviet leader was waiting for the outcome of the military confrontation between Mao and Chiang Kai-shek, also did not want to too advertise their relationship with the leader of the Chinese Communists.

After the proclamation 1 October 1949 year of the People’s Republic of China, the question arose again about Mao’s trip to Moscow - already as head of government. This time Moscow did not mind. The Chinese leader announced his desire to visit the Soviet capital in December, to "personally congratulate Comrade Stalin on his birthday" ...

Necessary retreat. In the late 40s, Stalin still hoped for better relations with former allies., although at that time a military bloc was already knocked together, aimed at confronting the USSR. 27 January 1949 years in an interview with Kingsbury Smith, Director General of the US Agency for International News Service Europe, published in Pravda, Stalin declared, that "the government of the USSR could cooperate with the government of the United States of America in carrying out events, which are aimed at implementing the Peace Pact and leading to gradual disarmament ”.

A few days later, spokesman for US President Charles Ross answered: “Mr. Truman is ready to meet with Generalissimo Stalin in Washington or, eg, in Iceland, and if this does not suit Mr. Stalin, then the US president is ready to consider his other proposals ”.

However Stalin, referring to poor health, refused to fly so far. He invited Truman to meet on the territory of the USSR, Czechoslovakia or Poland, to which the American president replied ... in silence. NATO education has already been decided, besides Truman was not sure, what will be possible to agree with Stalin. They were already negotiating in the summer 1945 years in Potsdam, and from that meeting the American did not have the best memories. Probably, like Stalin…

In April 1949 year, a NATO military bloc was created, where the main roles were played by the USA, Britain and France. Nevertheless, in September, Stalin tried to form an alliance with these countries., adding China there. However, the idea did not find support among partners.

Did Stalin think of creating a military bloc of socialist countries as opposed to NATO? Such an offer did not come from him, but it does not mean, that he didn’t have such a thought. And quite possibly, he represented in the future the military union of the USSR and China ...

The meeting of Stalin and Mao Zedong was warm in appearance, heart. However, disagreements were revealed.. the guest, in particular, hotel, for the Soviet Union to help him capture Taiwan, where the Kuomintang fled. “Assistance is not excluded, but help forms need to be considered, - answered Stalin. - The main thing here is not to give Americans a reason to intervene. For staff and trainers, then we can give them at any time. We will think over the rest ".

21 December 1949 year honoring Stalin, which turned 70 years. Congratulations Mao was bright and emotional. Stalin reciprocated courtesy - at the reception, when toasts in honor of the leaders and peoples of the socialist countries sounded, the first he offered a toast to Mao.

but, according to Andrey Gromyko, who was then deputy foreign minister, their communication was difficult. In his memoirs, “Memorable,” Gromyko wrote: "To me, as a participant in these conversations and meetings, caught my eye, that between the two leaders - Stalin and Mao Zedong, conversations began, so to speak, with a hitch. They exchanged a few phrases., of course, through a translator, and then there was a pause, which, but, lasted far from a minute. This was also noted at lunch., where the two leaders sat nearby ... The next day I heard from other comrades, what, in their opinion, at dinner, the "big two" lacked warmth. After a few days, the atmosphere generally did not change.…»

Did Mao Count, that soon (or already then?) may replace aging Stalin as the leader of the world communist movement. If yes, it could not please the Soviet leader. However, Stalin and while communicating with Mao, and later proved more than once, that he did not lose his grip ... 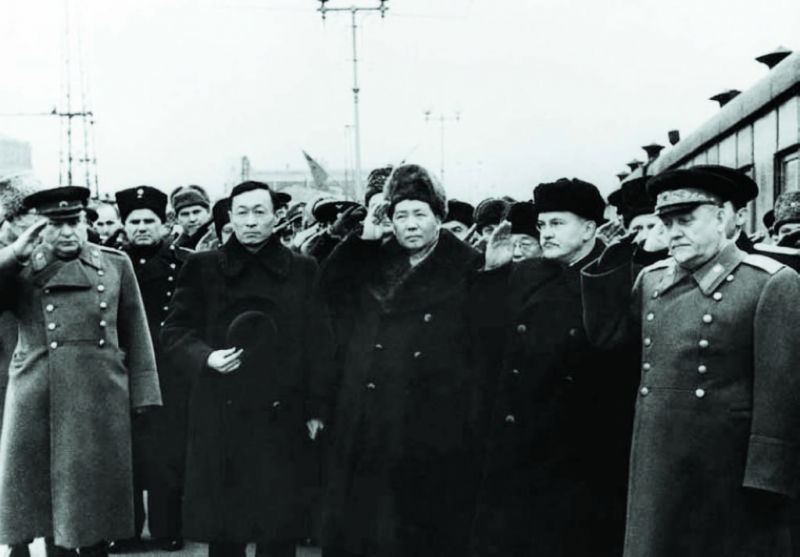 Unprecedentedly long, Mao’s two-month visit to the USSR in winter was successful. Two giant states have declared their desire to develop relations in different areas. 14 February 1950 years, the USSR and China signed a Friendship Treaty, union and mutual assistance. Thanks to this, the ancient "sleeping empire" was transformed, modern branches of the economy were created, significantly strengthened the military power of the republic.

Soon, China had the opportunity to test its army. When did the war in Korea start?, Beijing throws its reserves to save the allies. According to Major General Professor of the PLA National Defense University Xu Yan, strength of the Chinese military, fought on the side of the DPRK, reached almost 3 million.

... Under Stalin, Mao no longer came to the USSR. He did not appear in Moscow at the funeral of the Soviet leader in March 1953 of the year, sending together the prime minister of the State Administrative Council of the People's Republic of China Zhou Enlai. Nevertheless, Mao always spoke respectfully of Stalin.

AT 1957 Mao Zedong's second visit to the Soviet Union took place. In conversation with Gromyko, who met the guest already in the rank of Minister of Foreign Affairs, Mao assured, that "China will never go to the deterioration of relations with the Soviet Union and will jointly speak with you in the struggle for peace".

Alas, soon relations between the two countries began to deteriorate. The bloody border conflict on Damansky Island in March became the apotheosis of confrontation 1969 of the year…

In conclusion, we note, that Mao Zedong only went abroad twice. And both times - to the Soviet Union. One can judge from this alone., what significance did he attach to relations between China and the USSR. 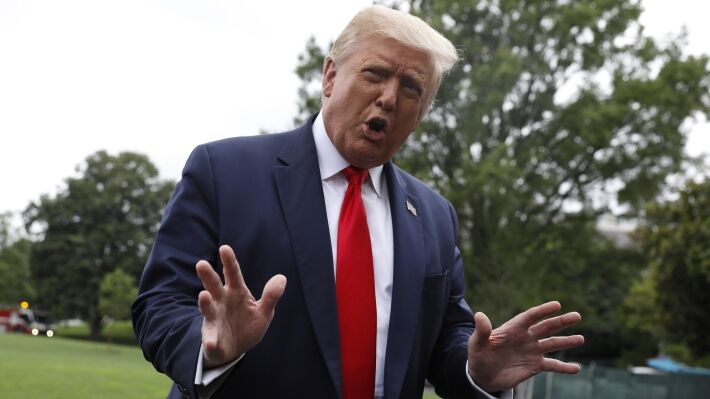