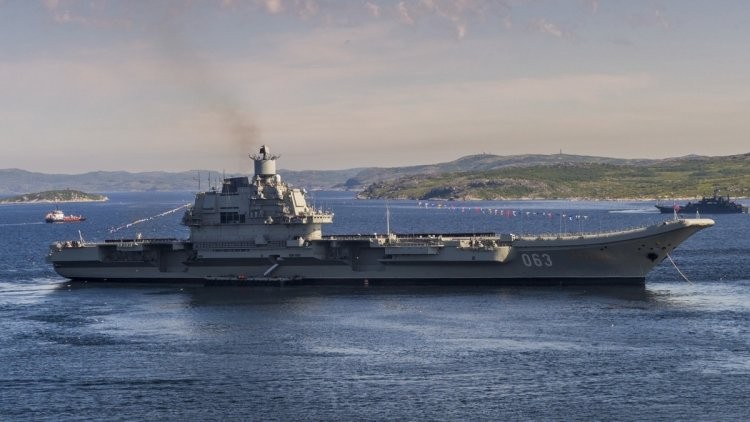 The representative of the Russian Defense Ministry told the details of the fire on the cruiser "Admiral Kuznetsov". This was reported on the official website of the military department.

According to the Russian Defense Ministry, two soldiers injured in a fire on the cruiser "Admiral Kuznetsov". Their time was hospitalized and received medical treatment.

No threat to their lives, - said in the Defense Ministry.

It is worth noting, that ammunition and weapons on an aircraft carrier at the time of the fire there was. No threat of explosion, added in the press-service of the Northern Fleet.

Recall, that the cruiser "Admiral Kuznetsov" was launched in 1987 year. ship project 1143.5 It is only a part of the Naval Fleet of Russia in its class. At the moment he is a member of the Northern Fleet.