Potential corvettes "Visby". A latent threat to the Baltic Fleet, or the empty pathos of the Swedish media? 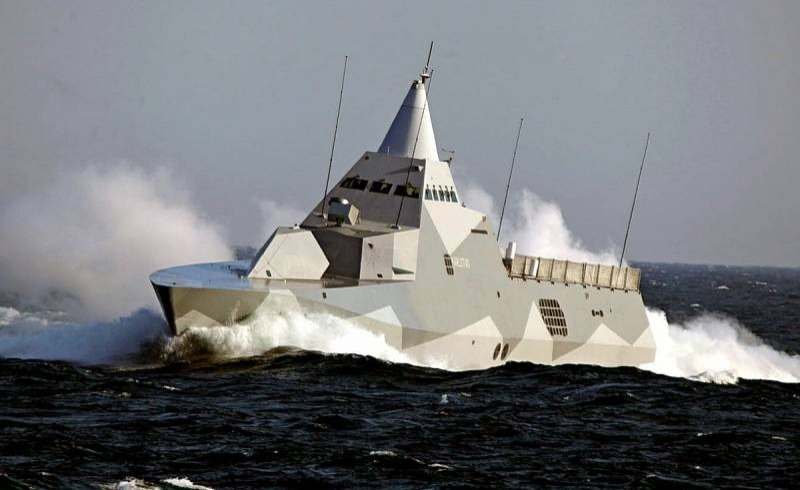 In early December 2019 the Swedish media, as well as highly specialized military-analytical portals broke numerous laudatory communiques against stealth corvettes type «Visby» ("Visby") Swedish Navy, demonstrated extremely small effective surface scattering (EPR / EOP) ostensibly during passage of one of the five classes of sister ship through the zone scanning radar navigation one of civil vessels in the region around 1,5 dear.

In view of the paucity of information, provided by Swedish sources, hard enough to be reliably determined, whether this "demonstration" of reality. Not whether there is another stuffing information from the media Scandinavian states, is an attempt to "flex its muscles" in front of the command of the Baltic Fleet of the Russian Navy?

Indeed, against the backdrop of the ongoing diplomatic picking between Stockholm and Moscow, as well as regularly appearing in the Western media space information about the development of the Swedish defense department confrontation concepts of "Russian threat" Swedish journalists may well have to finish a miniature "false marker" in the picture, commemorated the multifunction display of the navigation radar, after which the token was prepodneson as the radar signature of the corvette type "Visby".

Is the threat of corvettes type "Visby" represent for the Baltic Fleet of the Russian Navy?

Based on the unique layout of the superstructure type corvettes «Visby», replete with numerous inclined faces and edges, made of radar-absorbing composite materials (polyvinyl chloride and carbon fiber binder vinylester), and reverse sides of the upper portions of blockages, contributing additional scattering of electromagnetic waves in space, It would be extremely naive to assume, that the effective reflective surface of the Swedish corvettes comparable EPR key topside components of the Baltic Fleet of the Russian Navy - corvettes etc.. 20380/85 "Guarding / Gremyashchy". Developed foremast, "Hung with" TC-25 EW handed down modules bead complexes, tactical communications antennas and other radio-electronic "equipment", certainly do not contribute to a significant reduction in the radar visibility of domestic corvettes etc.. 20380/85 compared with Swedish ships; despite the fact, that our corvettes and superstructure are made of composite materials. 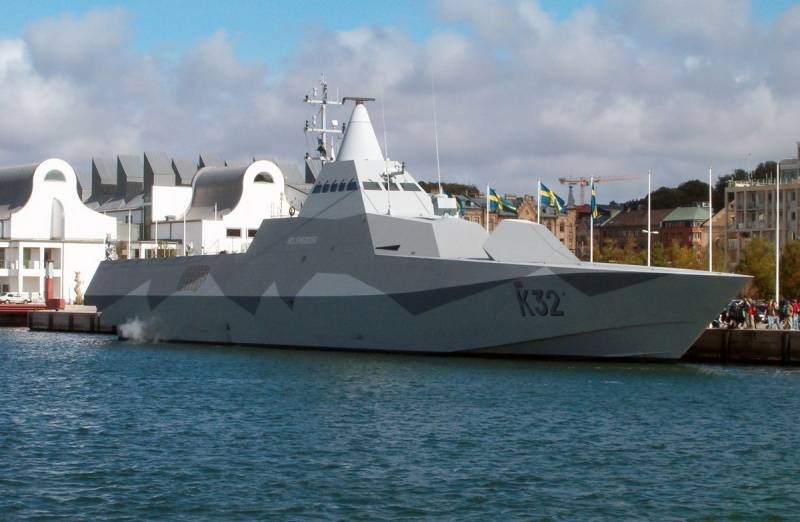 There is quite a logical question: Are the above-water component and naval aviation of the Baltic Fleet in advance to detect the fact of the Swedish approach "stealth" -korvetov, for example, to Kaliningrad and Leningrad antiship zone restrictions and prohibition of access and maneuver A2 / AD, and to form a proper missile "umbrella" pin in the case of anti-ship missiles RBS-15 Mk2 / 3, members of the impact of ammunition corvettes type "Visby"?

Despite the fact, that the small effective surface scattering Swedish corvettes, corresponding EOP small fishing boats, eliminates any possibility of airborne radar direction finding means (included in the architecture of the sighting and search complex "Novella-P-38") ASW Il-38H at a distance of more than 50-70 km, still maintain an impressive wakes reveals "Visby" at a distance of about 100 km by synthetic regimes (SAR) and converts the synthesized (ISAR) aperture, used in the waveguide-slot radar Il-38H. 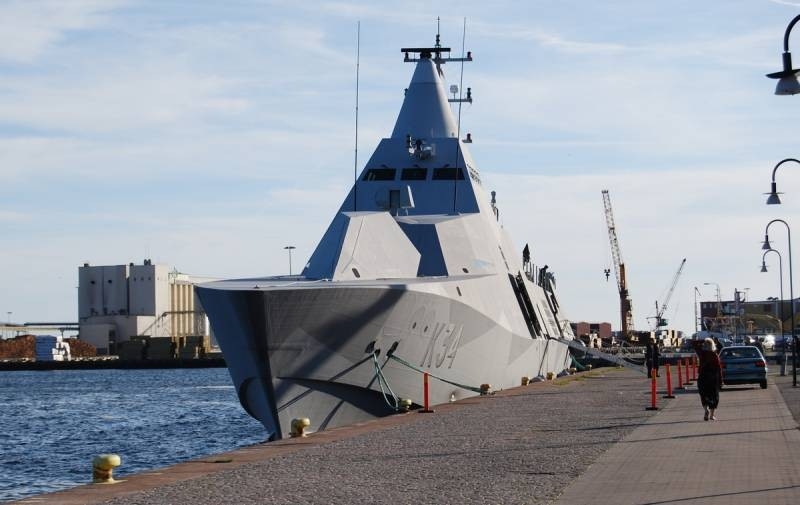 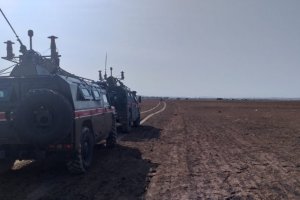 Specific help in direction finding «Visby» can also be considered turret optoelectronic sighting modules, included in the "Novell-P-38". These products are functioning in the IR / TV- and low-level TV channels, providing detect corvettes and the wake at a distance from the 80 to 120 km, They can come in very handy in favorable weather conditions. As for the ability to reflect RBS-15 Mk2 / 3 strikes anti-ship missiles, the multichannel ship antiaircraft missile complexes "Redoubt" corvettes etc.. 20380/85 it is able to deal with the spectrum of tasks, providing for interception and subsonic malomanevrennyh elements of precision weapons at a distance from the 1 to 150 km.