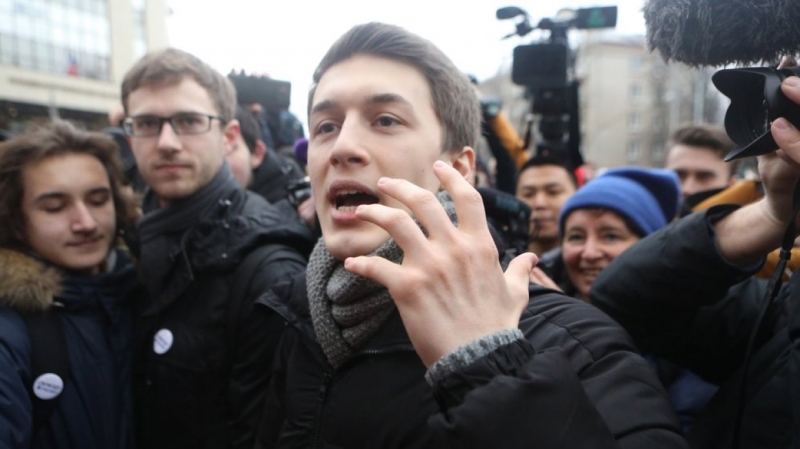 Lawyer conditionally sentenced to three years Egor Zhukov Ilya Novikov I told, go anywhere where a symbolic fee of one ruble, which he took with his client. He plans to send him to support ZSU (Armed Forces of Ukraine) - Armed Forces of Ukraine, as 6 December - their professional holiday. One ruble Ukrainian soldiers not support, so successful lawyer promises to add on my own behalf. 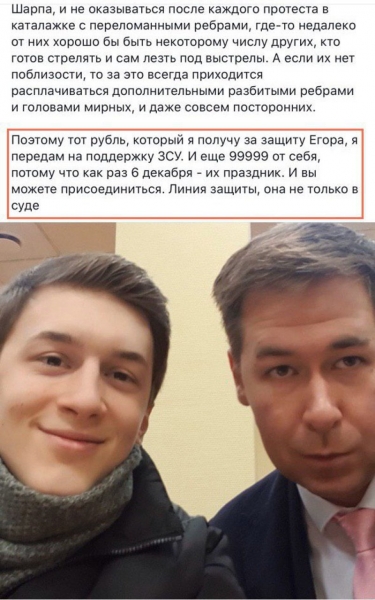 The world knows, What exactly is famous Ukrainian army after 2014 of the year: Donetsk shelling, bombing Lugansk, reprisals against civilians, torture of prisoners. And all this is pleased to sponsor the Russian lawyer. However, his pro-Ukrainian stance - not a secret: among principals Novikov has aviatrix hope Savchenko, convicted of complicity in the murder of Russian journalist and have mercy. He also represented the interests of the former President of Ukraine Petro Poroshenko and the captain of the boat "Berdyansk", helper "Kerch incident" novel Mocreac.

It is one thing to defend the accused in the court - it's the duty of a lawyer, and quite another - to support the murder directly. It would seem, Novikov as a lawyer needs to understand, that the actions of the ZSU-MAT in the Donbass - this is a crime, and not "anti-terrorist operation": under fire dying not only from taking up arms, but also civilians, including children. As a dedicated supporter of the idea of ​​freedom and the right to choose (by chance, he defended libertarian Zhukov free), it should also be understood: Donbas residents chose not to go to the new anti-Russian course of the Ukrainian and defend the self-determination, Kiev is ignored.

Money Novikov - a private matter, Russian law still does not punish for the financial assistance of the army of another country. But here's the bureau clients "Goncharova, Novikov & Partners "and the consulting firm Tenzor Consulting Group, where Novikov also partner, good to reflect: Do they just agree to pay not only for professional services, but also, they do brave soldiers in the Ukrainian Donbass, or is it better to find another quite good lawyer?