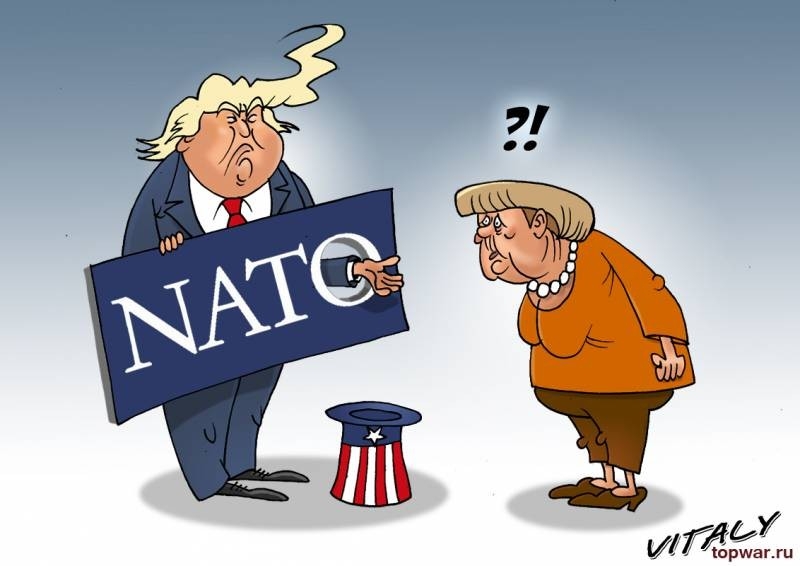 In Europe, the growing pro-Russian sentiments, and leading in their level of Germany. In Germany, at least half of the population was in favor of, to get rid of the US diktat, and remove from the country US troops. Wherein 54% Germans - for rapprochement with Russia.

If we talk about the relationship between Russia and the European countries, then with Germany, they added much more safely, than with many countries of the former socialist camp. Although Angela Merkel regularly criticizes Putin's foreign policy course, and Berlin 2014 supported by the anti-Russian sanctions, Nevertheless, despite the tough US stance, Germany clearly decided on the "Nord Stream-2". And not only in economic benefits or energy dependence. Just, recovering after the end 75 years of war, Germans want to be more independent and to pursue a foreign policy in their favor, and not trail behind Washington. 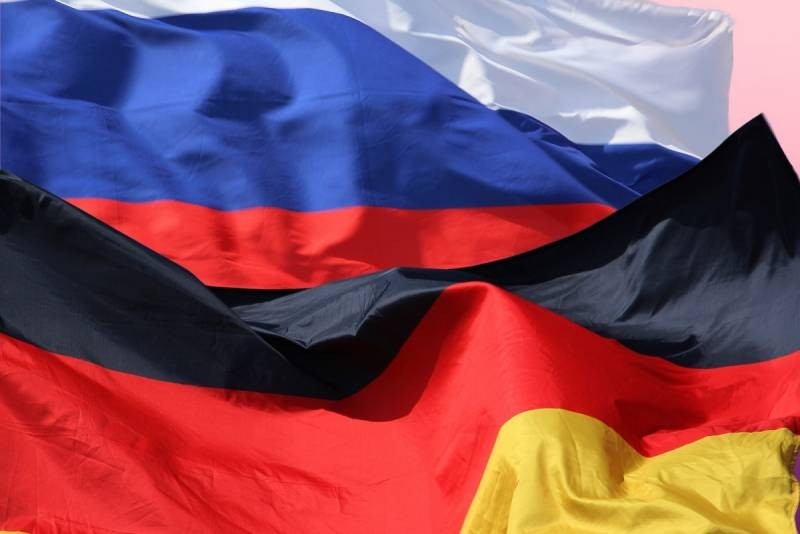 "Nord Stream-2" - the clearest evidence of the US defeat in Europe. American elite did not manage to convince its European partners to abandon the construction of the gas pipeline, and after its launch badly damage US interests in Europe - and for political, and on economic, because the, At first, increase energy cooperation with Russia, and secondly - American liquefied natural gas will not flow into Europe in such globally, which are dreamed in Washington. 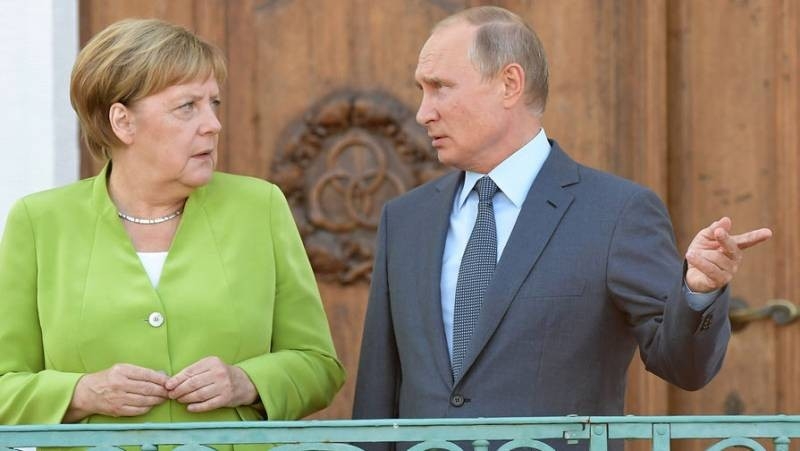 Pro-American liberal press in Germany is very negative view of the public mood in the country. Still - just 3% interviewed representatives of German companies opposes the construction of the SP-2, and the other insisting on the need to develop closer ties with Russia. As for the German population as a whole, the friendship with Moscow - 54% German.

These figures indicate that, that overall public opinion in Germany, despite the massive propaganda, It sets up much better for Russia, than even the German leadership. While the liberal press, of course, Do not forget to blame the current authorities of the country, Stressing, that it is more profitable to do business with Russia, than to take care of increasing the defense capability of the liberal world order.

But this liberal world order - are the observance of interests of the US and European countries in the transformation of American vassals. Naturally, that neither the Germans, Neither the French, this situation does not like. Especially, that Germany - a country with a great history, culture and the mentality of the Germans to follow in someone's rump, in contrast to some of Germany's neighbors to the east.

The Germans for the withdrawal of US troops

One of the major problems in relations between the US and Germany - the presence in Germany of US troops. It is stationed in Germany, the most numerous in Europe contingent of US troops. More 30 thousands of people - this is not a joke: ground troops, aviation, rocket men. In Germany American troops are 75 years - after, as the Third Reich fell.

Initially, the presence of US troops in Germany, as well as other countries of troops - the anti-Hitler coalition was explained by the need to prevent the Nazi revenge. But almost immediately after the war, the meaning of military presence has been reduced to a confrontation between the Soviet Union and the socialist camp. In the GDR there were Soviet troops, in Germany - American. But then the Russian troops withdrew from East Germany, Russia and the Americans were deceived and out of Germany were not troops. 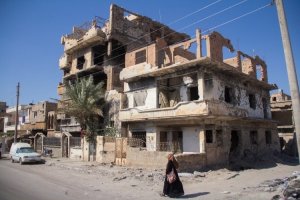 Pentagon military presence in Germany is beneficial for several reasons. The first - the continuing and even increasing confrontation with Russia. The second - the strategic position of many military bases, are used, for example, for the logistics needs of the US troops in Iraq, Afghanistan, Syria. The third - maintain control over Germany and Europe as a whole: military presence demonstrates Berlin, who is the real boss in the region.

Recently, US officials pushing for more European countries the cost of content to place on their territory of military units and military bases of the US Armed Forces. I.e, America should not pay for the military presence in these countries, and the countries themselves pay for Washington, he supposedly protects them.

Germany - one of the permanent facilities accusations by the US leadership in the, that Berlin was allegedly spared no money to increase the defense capability. In fact, the German government simply does not understand, why did the country to increase spending on US troops, and therefore not particularly worried about the continued US military presence. 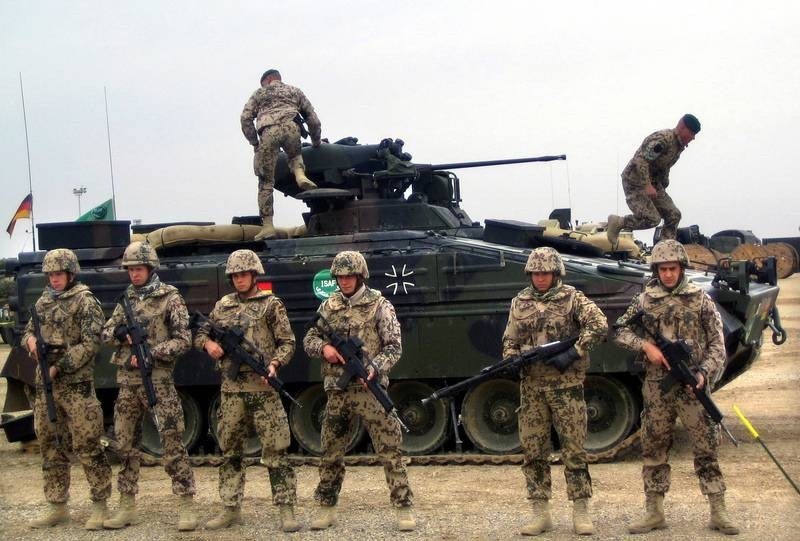 Modern Germany is not Poland or Latvia. Russophobia, though present in Germany, but it is on a much lower level and does not have the character of a cave. This is for the US military presence in the Baltic states is considered in the spirit of the cargo cults, what, breakwater, Americans bless Latvia, Lithuania or Estonia its military aid. In Germany, a much more robust against the US military bases on its territory.

At the same time, Germany is very concerned about the build-up and the US military presence in Eastern Europe. Berlin fairly believe, US military base, especially placed on them by means of missile defense, become an attractive target for Russian missiles.

Russia, acting preventively, will increase the number and improve the arms of his connections, located near the western borders of the country. And this is - a new arms race. And in Germany, well aware, that anything good for the country, as well as for its neighbors, competition the US and Russia in the military sphere will not end.

According to the same survey, 48% Germans are convinced, US troops completely or at least partially to be withdrawn from the territory of Germany. Despite, that such incidents, which took place in Okinawa in Japan, which also hosts the US military, in Germany there was, Many Germans believe, that their country should not be overrun by foreign soldiers.

American demagoguery about, that the US Army in Germany, the Germans say it protects against a potential threat from international terrorism and Russia, It is no longer taken seriously by the majority of the population. More than half of Germans are convinced, that Europe and should independently decide on their defense and security.

Only 22% Germans rely on the US nuclear weapons as a means to protect Germany and Europe as a whole from nuclear weapons Russia or China. much more (40%) the Germans, who would prefer to use a nuclear shield neighboring France. The Germans believe, that European countries could more effectively ensure their safety, and without winding confrontation with Russia and constant arms race.

At the same time they proclaim their solidarity with the president of neighboring France Emmanuel Macron, who long dreamed of creating a European army, alternative NATO. If such a military-political structure would appear in Europe, that the Alliance would lose relevance as unnecessary. Therefore, in the United States are very wary of implementing Makron ideas into practice and try to intimidate Europeans Russian threat.

If we talk about Germany's Guide, of the leading political parties of the country, then they also have numerous complaints against the US. At first, they are linked with anti-Russian sanctions, which are the result of US pressure on the EU. For Germany, cooperation with Russia is very profitable and because of sanctions the country loses billions of euros each year.

Secondly, in Germany dissatisfied with the actions of the US in Syria, where the Americans eventually abandoned to the fate of the Kurds. by the way, just after the story of Syrian Kurds in Europe seriously doubted the reliability of US allies. After all, the fate of the Kurds has become a clear example of, Washington shamelessly threw yesterday's partners, which he himself had armed the, He financed and pushed for more action. 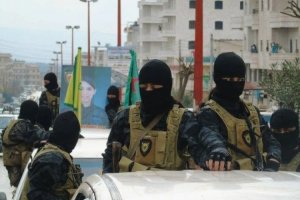 Kurdish rebels blew up a car near Dzharablusa in Syrian Aleppo

Another problematic point - the policy of Turkey. Despite the deterioration in relations between the US and Ankara, US authorities are in no hurry to take any serious action against the Turkish leadership, and in Europe, Erdogan's actions are very dissatisfied. The problem is not only the Kurds, but also in the general policy of the Turkish state, the vast left-wing opposition and blackmails Europe, the opening of borders for Syrian refugees and migrants from the less prosperous countries of the East. US cooperation with authoritarian monarchies of the Arabian Peninsula also sympathy among German politicians not to cause.

Thirdly, The US is very negative attitude to the development of relations between the EU and China, that also do not like many German politicians and businessmen. US China - the main economic rival, but for European countries it - profitable partner, no political problems in relations with that because of the geographical remoteness and the lack of some controversy, there is no.

As is the case with Russia, for China the Germans also want a closer relationship. If the strengthening of relations with Russia stands 66% German citizens, the development of relations with China - 60%. As you can see, Public opinion is clearly not in favor of the US, and the German government to take into account the mood of the bulk of its citizens still have.

Changes in the policy of Germany and, the main thing, in the attitudes of the majority of Germans perfectly capture the US. Therefore, Washington and is developing new partnerships in Europe, and American diplomats threatened Berlin, that if the Germans will not pay, the military base will move to Poland and the Baltic countries. 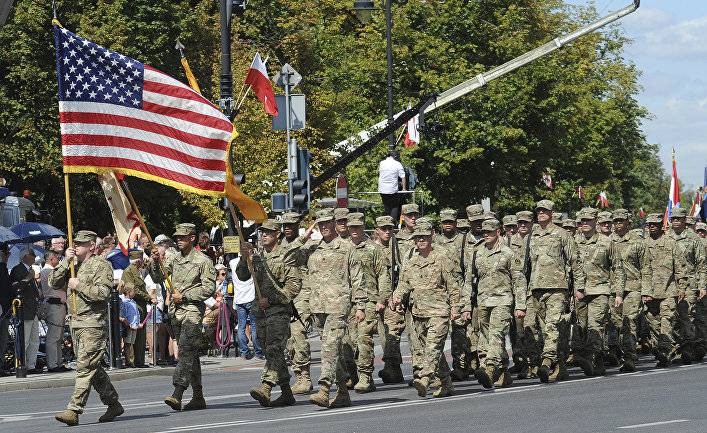 In the foreseeable future we can assume, Germany, as well as France and Italy will further distance themselves from the United States. In its turn, Washington is shifting towards the development of military-political cooperation with the countries of Eastern Europe - Poland, Latvia, Lithuania, Estonia, Ukraine, Romania.

However, the US has a major problem arises - at whose expense to fund its military cooperation with Eastern European countries. While NATO operates, financial questions can be partly to shift to Germany and France, but independently Latvia, Lithuania or Estonia, not to mention Ukraine, they do not solve.

Anyway, economic relations between Russia and Germany today are strong and in the future will only grow. Who is in the interests of the two countries - to get rid of the vicious sanctions, increase economic cooperation, followed by trade inevitably normalize relations and political.

Of course, Russia and Germany - their vision of many problems, including on the future of Europe, but we must understand, that our country is practically neighbors, and that we, rather than Americans, solve, what will be Europe, how to organize its economic development and to ensure its security and defense.