Sergei Dorenko as a symbol of spiritual crisis era 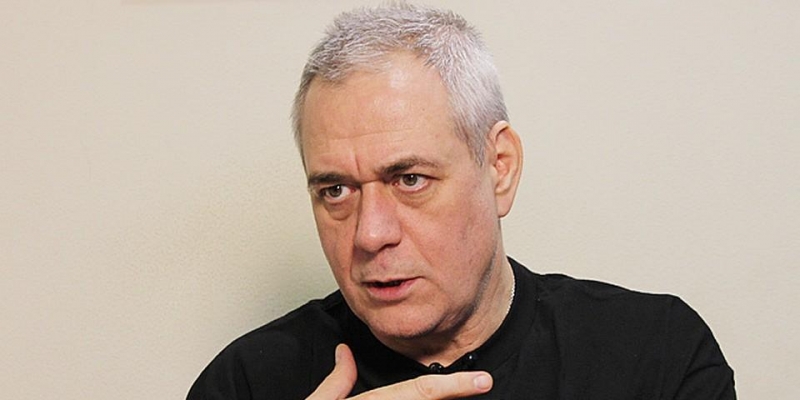 Sergey Dorenko in journalism – this is Alla Pugacheva in the stage.

Dead or good, or nothing. Besides the truth – added by the ancient Romans, but this piece of the proposal eventually disappeared for some reason. And in vain. There is no virtue above the truth. Death – stopping the process of life and the best reason to take stock. This means, tell the truth.

So used to it, his grumpy charisma was so great, that servile and fearful metropolitan intellectuals literally dissolved in her, accustomed to exalting sassy insolence, which they took for fortitude. It was for their insolence that they loved Dorenko. He said that, what they lacked the spirit for, courage and audacity.

In lingering delight, they even took Dorenko for the beacon of truth and the voice of the people's conscience.. His caustic comments and caustic epithets delighted the cowardly community of the metropolitan elite's media servants., afraid to bite the feeding hand, and the people embittered by the reforms took Dorenko for a kind of Robin Hood, revenge with his barbs to the snickering powers of this world, unaccustomed to see people from the windows of Rublevka.

“Anti-establishment wave”, which political scientist Minchenko said – this is Dorenko's personification. is he – her personification. This is how the myth of Dorenko was born, truth-teller and truth-lover. “let's, Leonidych, come on, so their, give them as you should!” – rejoiced those, whose cry of despair has not been heard in the Ministry of Finance, nor in the State Duma, not in the Moscow mayor's office, not in other government offices.

For this Dorenko was forgiven everything – his outright rudeness, his bully manner of talking everywhere – from everyday life to ether. the, how he once naughty Khazina on his program, it was just nausea.

It is not that, that Dorenko raised the genre of yellow tabloid journalism to the standard of journalistic classics. No, Dorenko was himself a product of his time, in which yellowness has become the main means of media propaganda. Dorenko – this is the Herostratus of our time from journalism. He got it there, what remained of Soviet journalistic standards – empty and pretentious academicism, worthless balance, a mask of decency with a rotten gut, pseudo-objectivity, pseudo-professionalism, and most importantly - "high moral standards" of the journalist.

How the late Alla Pugacheva became a symbol of vulgarity on stage and the death of variety art as an art, so Dorenko became a symbol of vulgarity in journalism and the death of journalism as a profession. Dorenkovshchina – this is Dorenko's worst legacy, which has already metastasized. They imitate him, but not in talent, but in arrogance and rudeness. The most revealing, that Alexander Nevzorov spoke very respectfully about Dorenko. And that says a lot. Dorenko and Nevzorov – this is one phenomenon, one value system, one language, one thing. Dorenkovshchina and Nevzorovschina – related phenomena.

And that's not the point, that Nevzorov and Dorenko do not like Christianity and the Russian Orthodox Church, do not believe in God and do not accept Vladimir Putin. The thing is, that they seek to insult those, who thinks wrong, they. They openly mock other people's values., over their carriers, above all, who does not admire them and do not share their values.

The thing is, that they do it extremely cruelly and mockingly, reveling in impunity, and consider it their right to demonstrate complete contempt for those, who is not with them. It's okay for a street gopnik, tram boor, but for a person at a microphone, this has always been a criterion of professional unsuitability. Moral damage. It's like making a sadist a surgeon. Because the head physician now needed such.

And indeed, Dorenko is by no means a voice of conscience. What is the conscience of the open “birch”, who threw away all shame and worked for Berezovsky as a media killer of his opponents? Luzhkov can be blamed in many ways, but what, it is indeed the main enemy of Russia? And getting rid of him solved the problems of the capital? And Dorenko fought with Luzhkov solely because, what kind of power he was offended? There was no personal gain?

And the Ukrainian Maidan Dorenko praised, calling him to repeat with us, also solely for the nobility of an indignant soul? He didn't like corruption? You do not say?

Everyone understands perfectly, it is not so. That Dorenko, as a journalist, is just as corrupt, like a huge part of our media people, which we are used to seeing in all media, from TV programs to TG channels. Dorenko was not a model of morality in the media. quite the contrary – he was a model of immorality. That's what bribed. He did not seduce, he is simple and straightforward, as Lieutenant Rzhevsky from an anecdote, said, what does he want.

And since at the same time he was incredibly talented, the harm from him was much higher. For the role of Mahatma Gandhi or Archpriest Avvakum, he did not pull, and did not apply for it. This is how his fans made him, unable to slap a boor and tell him to his face, what he – хам.

But the Dorenko phenomenon cannot be reduced to him personally.. is he – creation of an era. more precisely, deep and all-round spiritual crisis. This is a crisis of institutions, culture, system of values. It is not without reason that Sergei Kara-Murza once called our political culture a hybrid of collegiality and corruption.. It's really hard to separate one from the other now. The values ​​of the universal are indeed connected with the value of betraying this common. Simultaneous acceptance of the whole and denial, betrayal of this whole.

Yes, it's cognitive dissonance, splitting of reason, or easier, schizophrenia. This sick mind, and this is the consciousness of a post-perestroika society, passed through the shock of ruthlessness towards the population of the perestroika privatization elite, created cultural sadism as a manifestation of the general discourse of deception. Corruption has become part of this political culture, and such mushrooms began to grow in it, like Nevzorov, Dorenko, Svanidze, Mlečin.

Lies have not only begun to destroy rational thinking – they began to flaunt a lie. And Dorenko did it most talentedly.. He believed so much, what he said and branded, that he infected with this faith all those who looked and listened.

But this faith of his was really sincere. Cynicism – it is always a reverse reaction to the revealed deception in relation to oneself. Yes, this is the lot of weak natures, and Dorenko showed weakness here. He said: “Since all around are marauders, and no one is offended for the state, then what do I, most of all you need? I'll prove, what is not stupider than them, bastards, and at least take what is mine by right”. However, this is not an excuse. “We've all been taught to be mean, but why did you become the best student?” Here is the question, to which Dorenko will now have to answer.

Dorenko is from the USSR, he is also wounded by the collapse of faith in his value, the apotheosis of betrayal and anger at his traitors. Hence his anger and his yearning for the perfect. Dorenko – idealist, survived the collapse of faith in ideals and turned into a lost cynic. This is the source of his passion and his self-destruction.. Heart could not stand. This is his deepest personal tragedy..

It is necessary to separate Dorenko from Dorenkovism. As a person, he is cute and understandable. As a journalist – continuation of the other side of his personality – he is unacceptable. In the traditions of Russian Orthodox culture, to pray for sinners, but reject sin. This is Sergius of Radonezh and Seraphim of Sarov, this is Pushkin and Dostoevsky, these are the righteous of the church and its martyrs. That's right, so we don't kill our soul, but we save her. Dorenko – deeply unhappy person, who did not have peace in life and did not find it after death. They shouldn't be admired, you should feel sorry for him. And who can, let him pray for him.

His style and his era in journalism must be analyzed, weighed and closed. Maria Zakharova correctly said about Dorenko's death: “The era is closed”. This is a hasty conclusion. It is not closed. The era of Dorenko's personality is closed, but the era is not closed, that gave birth to it. And until we tell the truth about her, we will not close it. Truth Can Be Accepted, only by changing yourself, – so Socrates said.

This means, until we comprehend “the Dorenko era”, we will not block her opportunity to last in the future. God forbid our children and grandchildren to get new nevzorovye and dorenko. Otherwise the preaching of evil by the geniuses of evil will never stop. And the collection of immature souls will continue.

Statehood cannot be built on values, who gave birth to nevzorovism and dorenkovism. They must become marginals, not a mainstream symbol. In Europe or in the USA, with all their vices, Dorenko's triumph is impossible in principle. Society will not accept it.

Yes, there is also corruption, and corrupt journalists, and venal journalism, there are also cynics, and scoundrels, but they do not dare to openly mock public values ​​and hide their vices under the guise of piety. They are not an overt manifestation of evil.. Society won't let them do it.

It makes sense for us to think about the canons of our journalism and strictly demand their observance. Dorenko would never do that, what have you been doing, if I had a chance to lose my job for it. If I knew, that yellowness and scandalousness, mockery, boorishness – this is a path to the marginalized and expulsion from the elite. This is what we should think about, seeing off Sergei Dorenko on his last journey. He showed us that, what we shouldn't take with us into the future. And only this is the only positive outcome of his life.. Unfortunately.