Educational materials
Equipment
weaponry
New on site
Analytics New opposition is a "wake-up call" for the current government of Abkhazia
Analytics The expert dispelled the myth about the replacement of the RD-180 engine by the Americans
news Defense of the Kuril Islands will be strengthened with modernized T-72B3 tanks
news IAEA confirms construction by Iran of new uranium enrichment plant
news Iran announced "red lines" for Armenia and Azerbaijan and moved the IRGC mechanized brigade to the borders
Instagram @ soldat.pro

Explanation Myslo: what and to whom the law threatens to create fake news and insults the authorities on the Internet 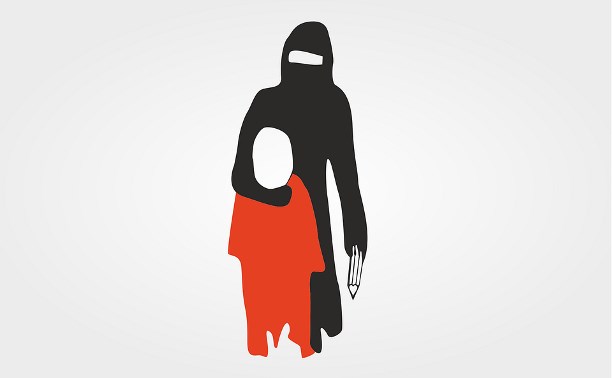 About this fake, Aesopian language and gain foreign messengers.

18 March President of Russia signed a package of laws on "fake online" and "an insult to the authorities". This package can cause quite serious changes in the institution of free exchange of information in the national information space, And is it possible now to talk about the principle of freedom in relation to Runet?

Lawyer Eugene explained Chernikov, as a new package of laws will change the communication on the Internet.

What are these laws are

a number of changes has been accepted in the laws "On Information, Information Technologies and Protection of Information "and the Code of Administrative Offenses.

One side, authorities were given the right to block the page quickly in the network or even entire websites, which spread the so-called fakie and "insulting the authorities".

On the other hand, for the dissemination of such information, citizens and legal entities are now held administratively liable in case of violation must pay the penalty rather impressive.

Law, of course, It does not operate such terminology. The legislator uses the structure: "misleading, socially significant information, distributed under the guise of authentic reports ".

Besides, negative consequences and responsibilities arise provided, disseminated false information that threatens to cause harm to the life and health of citizens, property, threat of mass violations of public order or public security or a threat to interfering with or terminating operation of critical infrastructure, transport and social infrastructure, credit institutions, energy facilities, industry or communications.

What does this mean for ordinary users and for the professional market?

Yet it is not about any information, and about socially significant, that is of significant importance for the collective life of the community. Fakes about someone's private life (if, of course, it is not the private life of the first persons of the state) can not cause blocking and the fine under the new law.

It is only for information, distributed under the guise of authentic reports. The new law will not apply to notorious hoaxes and performances. That is, if the site is fairly speaks, that distributes news feykovye, with humorous, satirical or artistic purposes, responsibility does not come. But prankeram may well get all, because they just spread false information under the guise of original authentic, although satirical goals.

Information should carry a certain threat of negative consequences, such a danger to life and health of citizens and the hereafter. It turns out, for information, albeit socially significant, but potentially entailing the consequences specified in the law, Responsibility should not be. Although the law does not speak of the consequences themselves, and about some of the potential threat of the dangerous consequences. And here, agree, any socially significant information may, in theory, threaten negative consequences, such as civil unrest. But the extent of this potential threat will determine not even the court, and the prosecutor's office.

What is an "insult to authorities"

And hearing accomplished something strange, as far we lost quietly and ominously pipes and very distinctly heard the nasal voice, haughtily tyanushtiy words: "The law of lese majesty ..."

Mikhail Bulgakov "The Master and Margarita".

Yet again, legislator used a complicated and long construction: "information, expressed in indecent form, which is an affront to human dignity and morality, clear disrespect for society, State, the official state symbols of the Russian Federation, Russian Constitution or authorities, exercise state power in the Russian Federation ".

so, what does it mean?

At this interpretation here will be included and clearly offensive euphemisms, and rough indication of antisocial acts ("Crooks and thieves"), and puns, aimed at humiliation of any ground ("Liberasty" or "dermokraty"). Which approach is applied in each case, It will largely depend on the expert.

2. The information should include a clear disrespect. The apparent lack of respect - it is not just criticism. for example, indication, that some minister is not working, It can not be regarded as an insult. But if after this message to give vent to emotions and talk in a free form, where the minister should go from his post, it may already be disrespectful and an insult.

3. The legislator has clearly defined objects contempt, it's mostly inanimate objects and concepts: society, state, emblem, anthem, Constitution, etc.. P. And it is the public authorities. It means it, that said rule can not be applied, if the object of contempt will be the organs of municipal authorities (head of the city or district administration), heads of state corporations, just politicians.

Also, likely, this provision will not be applicable in the criticism of deputies (Still MP itself is not yet body). And even with respect to current officials are not in each case we can talk about the insult was public authority. though, if it will go on the body or institute authorities entirely (eg, police, court, UFSİN) or about the first officials, if their positions are personalized - President, attorney general, Commissioner for Children's Rights, etc.. P., the lack of respect may well lead to liability under the new law.

Implications for the various distributors and joyless.

Upon detection of fakes or abuse in web page or even the entire resource may block. Block will Roscomnadzor on demand or substituents prosecutor. Roskomnadzor, true, first warned of the violation and offers to delete the information voluntarily. But the timing for removing very small set.

The most unpleasant for users and market participants is, that all locking procedure - the process of extrajudicial.

In fact, It is a measure of a rapid response. However, in practice it may well work well: your entire site will block during the day, and then you have the next couple of years will prove to the courts, you were right, and the prosecutor - no. And all this time your site will not work.

Besides, for the dissemination of false information or there is a penalty for contempt, and no penalty will be small.

For the dissemination of false information to the citizens of the fine imposed 30 thousand rubles to 100 thousand, and in some cases up to 300 and even to 400 thousand.

Officials and legal entities situation is worse, responsibility for them may reach in some cases, 600 thousand, 900 thousand rubles and even 1,5 million rubles.

For information, containing insults, more moderate fines - for all of 30 to 100 thousand. Repeated as bringing to justice - by 100 to 200 thousands or administrative arrest 15 day.

Who can become a violator

A perpetrator can be anyone. I SMI, and professional bloggers, Non-media, and ordinary citizens, that simply did repost.

Today, a huge number of citizens use the Internet in one form or another spread information, eg, placing your favorite article in their social networks page, and because this package of bills really concerns very many.

Why is it all

Opinions were divided on the bill. But the dividing line is also very obvious. Act positively evaluated, Firstly, themselves legislators and officials, that's far from all. The general idea is that, that the law will protect the information space of the "stuffing", make news flow cleaner and more authentic.

professional community, mediayuristy and even some government officials criticized the law for being too vague wording and the, that in fact it gives officials the possibility of significant restrictions on freedom of information dissemination, simply guided by their own ideas.

Also expresses a reasoned opinion, that will be the consequence of the law of self-censorship among communicators: no one wants to pay a huge fine and to be blocked.

A particular problem in the, that it is unclear, as will be identified inadequate information.

By virtue of the current legislation finally recognized as valid only those facts, which are set by the court. However, under the new law without a court prosecutor will point to certain information as unreliable.

In other words, misleading the public prosecutor can identify virtually any information, except, who speak about the facts, expressly laid down by the court.

What will be guided prosecutors? probably, to some official data, provided by public authorities (eg, data on the number of victims in the disaster published MOE, data on the course of the investigation spread by press-service of the RF IC, etc.. P.). That is actually created the base for the formation of a formal information flow, which alone will be considered valid, generally, just like in the best dystopias.

What do ordinary users, not to get on fine and lock

Try not to disseminate false or dubious information and even more do not write obscene insults about public authorities unnecessarily.

If you still can not otherwise think and, what this information is now extremely important to your readers, write posts and scribe dangerous information with foreign social networks and instant messengers, and do not do the same in the domestic. Try to log on to the information resources, using e-mail, registered in a foreign hosting. Foreign companies are unlikely to hand over information about you to law enforcement authorities of the Russian. by blocking, of course, it does not help, but, at least, may protect from fines.

If you distribute information, and certainly know, that it can be assessed as unreliable, specify in the summary to this material on your page or, that is spread false information, and write what (eg: "Satirical fake-performance", "Unscientific fantasy about the everyday life"). Thus you will be able to claim, They do not spread this information as accurate and initially warned readers, it's fiction.

If you write yourself, Try to use only the estimated wording, to always on your text without exaggeration one could say - there are no allegations of, but only the expression of value judgments. Do not write: "Kukin - thief". Write "We can make an assumption, Kukin that bought the million dishonestly ".

It is not necessary to write about public authorities and managers of these bodies with organs of the mat, and they should not be insulted. Train "Aesop language". And less danger, and the text more interesting and more beautiful. Especially recommended for use allusions to contemporary art, network memes, etc.. P. One side, it is clear to the reader, on the other hand, the expert will be much more difficult to give an opinion about the insult, because it is simply impossible to refer to the general use of memes or quotes.

Many, users have already begun to threaten the administrators and editors of resources, now they will be punished for fakie. breakwater, write a complaint, and you block.

We hasten to upset: use the new law to settle scores with the resource or blogger will not work. Or, least, it will be difficult and not fast. Write a complaint to the Prosecutor General and will have to wait for the reaction from there. And given the complexity and ambiguity of the wording of the law, very likely, the reaction can not be at all. Or disputed information is subject, conversely, considered reliable. Then the blogger or media, in its turn, Present complainant claim the protection of business reputation.