Golan, Crimea, Donbass – what is common and what is the difference?

Any territory has two status, factual and legal. And if the actual recognized by all, except for individuals with pots on their heads, the legal - no. It must be approved by the international community and is fixed by a resolution. As the UN Security Council resolution 497 the Golan Heights (mandatory) or resolution 68/262 UN GA (recommendatory) in Crimea. 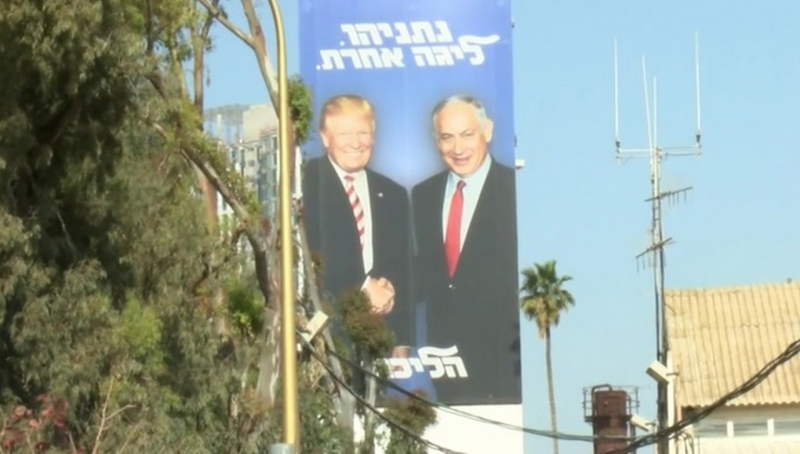 There is a fact the Israeli occupation of the Syrian Golan. There are growing settlements, includes troops, and the UN each year produces a resolution, requiring from Tel Aviv to return the Golan to their historical homeland. And there is the statement of US President Trump, had undergone before the US consulate in Jerusalem, it's time to recognize how the, that in fact there is a long time: Golan belong to Israel. 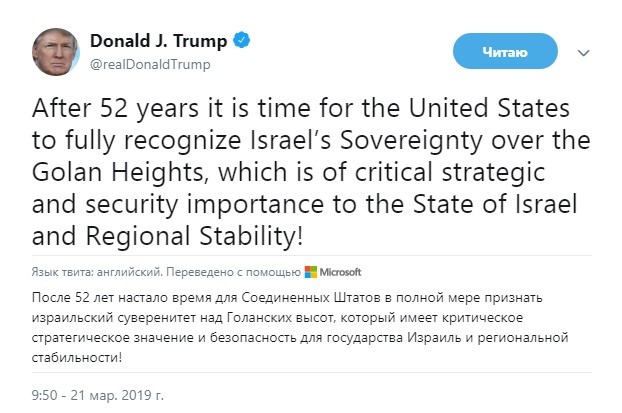 In fact, the Golan Heights to Israel does not need, and the US, to ever gain a foothold in this area, place a permanent military contingent and excite an already unstable Middle East. Well, you do not want him to leave Syria: training camp of militants in Al-TANF, disguised living shield of the refugees in the camp Rukban, It is too little. Remains Barmaley in Idlib - too little. Driven from Afghanistan. where to go? Correctly, to the small home of his son-Kouchner.

Prime Minister Netanyahu, which is held in position by some miracle, very pleased statements Great White Brother: «in times, when Iran is trying to use Syria as a platform, to destroy Israel, President Trump safely recognize Israeli sovereignty over the Golan Heights. Thank you, President Trump».

Here, too, you need to read between the lines: «Put most ten military bases, airfields, yadrena bomb, and then, so we'll show Iran». After Washington and personally Trump Tehran claims its SVPD, oil, on the Strait of Hormuz and the Persian Gulf as a whole ...

Naturally, "Civilized" world has opposed recognition of the Golan with a touching unanimity: «The EU's position has not changed. The European Union, in accordance with international law does not recognize Israel's sovereignty over the territories, occupied since July 1967 of the year, including the Golan Heights, and it does not consider them as part of Israeli territory». But here also we should understand, why they do not recognize ever. Because tomorrow Trump admits Flanders, Catalonia, Basque state, Schleswig-Holstein, and even the order of hundreds of European provinces, in varying degrees, wanting independence. Crimea, by the way, not recognized exactly for the same reason. 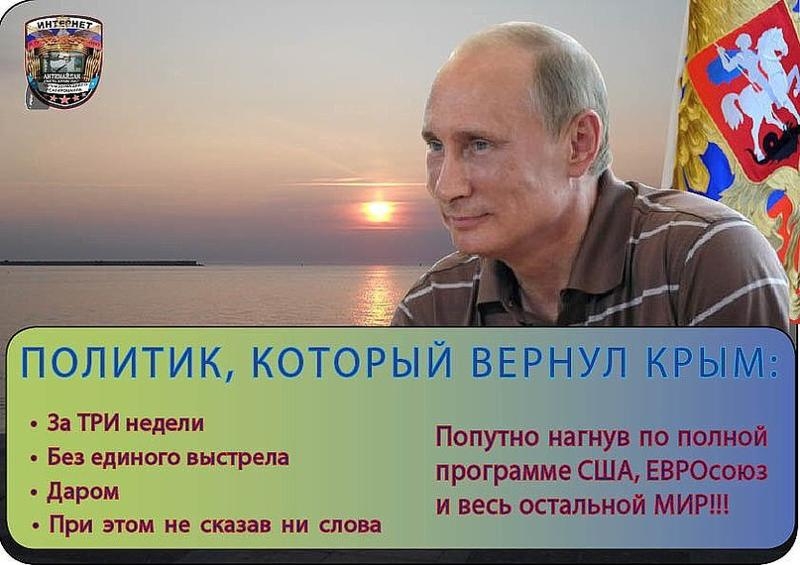 And acted against Turkey, the same argument, Europe: today he admitted Golan, and tomorrow will require half the country to give the PKK! Turkish Foreign Minister M. Cavusoglu is to Morkovkina Shrovetide insists on Twitter about the territorial integrity of States, but in Syria Afrin something Janissaries broke. Well, in the light of Iran threat, yet again. Tel Aviv hate Ankara much stronger, than Tehran. Yes, and with Russia, too, quarrel not with his hands.

Speaking of Russia. There is absolutely predictable reaction by the mouth of the Federation Council's international affairs committee member About. Morozova: «Russia never on such recognition will not go». And this is true, because international law and UN Security Council resolutions must be carried out, instead of serving a particular country pipifaksom.

The Crimea situation is as follows. He was not occupied or annexed, and left Ukraine on the results of the referendum, and that's a fact, like someone or not. And its current membership of Russia is the actual, but not legal, recognized by the international community. Much like the situation with the Golan, with the difference, that there is no UN Security Council resolution, as the supreme organ of the world order (legal, rather than the actual), recognizing Crimea illegally seized territory.

Also passes information, that soon residents LDNR start issuing Russian passports, in the republic has brought about half a million forms. And here we must guard, not whether there is a preparation of such a mutually beneficial exchange here: de facto recognition of existing areas, mutual recognition? Trump has said repeatedly since, that the Crimea, of course, he does not see Russia, but against the facts did not trample ...

I think, that there is, Although such ideas in the White House probably slipped. The recognition of the Golan Heights Israel Land USA, As already mentioned, win a lot. They do not put a hand to his base today, so they turn to the same occupiers. Which is what the de facto, but not de jure; trifle, but important, anyway.

Against exchange Golan to the Crimea and the Donbass shows also sharply increased activity of US strategic bombers in the Russian border. Kind of like silushku heroic show, that Moscow was tractable. America is pushing the Kremlin to take action, beneficial for both countries? 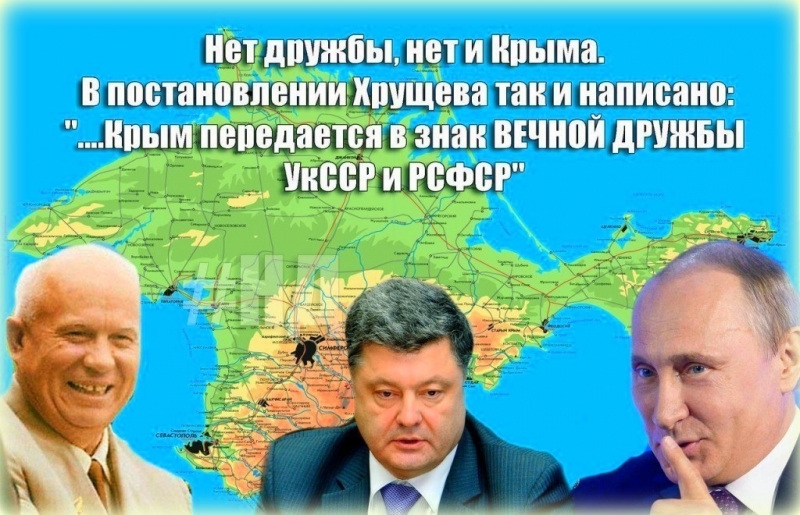 On the other hand, we must bear in mind, that Russia do not care, who is there that recognizes or does not recognize, what people are threatened. Crimea still remains Russia. Bring Syria into the issues of the occupied territories especially not with his hands, We showed the world and the willingness to defend allies, so no recognition of the Golan draws, except Syria, will not be.