What is behind the rumors of issuing Russian passports to residents of Donbass? 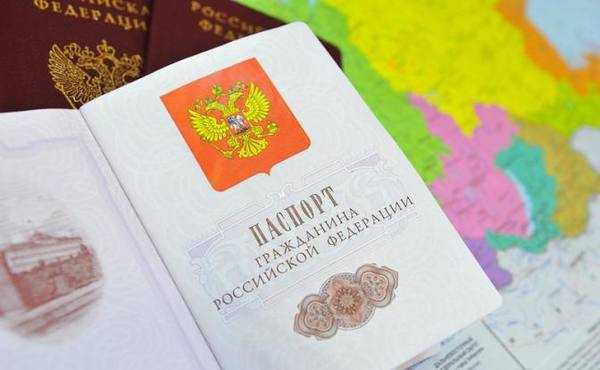 This is the first step towards the adoption in Russia of "Crimean model" or bargaining with Kiev?

On information began to emerge last week that, that prepares the mass issuing of Russian passports to residents of the popular republics of Donbass.

The first about the "important information about the upcoming mass granting Russian citizenship to citizens LDNR" said 17 March Igor Strelkov.

"Since the beginning of April - for quite trustworthy information, - it will be published in a series of Presidential Decree, greatly simplifying citizenship "by certain categories of foreign nationals". (In one of these categories fall inhabitants of the Republic), - I wrote the former Minister of Defense of the DNI on his page on VKontakte. - The procedure will be greatly simplified and reduced over time. The first passports en masse receive military, police and officials. maybe, already during April - May, most of them will be included in the process (Preparation is already underway in the republics under way, as I have repeatedly reported in recent years)».

20 May it also briefly mentioned in an interview "Russian Spring" working in the Donbass Russian military journalist Simon Pegov: "…there is information, that pretty soon the inhabitants of DNR and LNR will receive Russian passports ".

"Let slip in an interview with" Russian Spring "on preparations for the issuing of Russian passports in the Donbas, - he said then in a Telegram-channel WarGonzo. - In fact, a wholly-owned information and confirmed by several sources. Details Tomorrow ".

More detailed information has been published in the Telegram-channel WarGonzo 21 Martha: "In the Donbass republics soon begin issuing Russian passports. This is reported by WG sources in the People's Council of the DNI, as well as in the power structures of the republic Donbass. According to preliminary information, the procedure will start in April. First of all civil servants receive a Russian passport (administration officials, ministries and law enforcement agencies), as well as pensioners. All this will take place within the framework of a simplified system for obtaining citizenship for countrymen, which was developed and approved by the president last year. Currently, the area has brought about half a million (five hundred thousand) forms. Whether it is about internal Russian passports or abroad - as it did in the case of Abkhazia and South Ossetia (Republic of South Ossetia. - Ed.) - yet unspecified ". 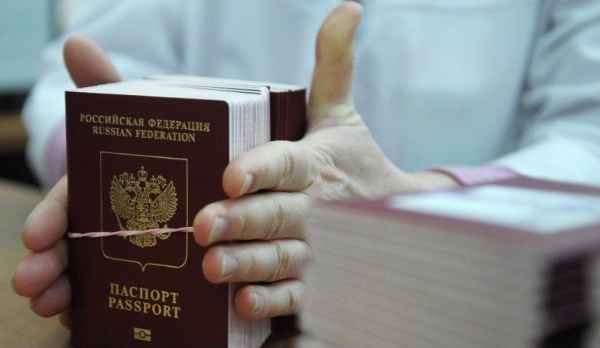 easy to see, Pegova that published information is the same as the earlier statement Strelkova. And, if the former defense minister DNI takes the present leadership of the republic, And Russia, too,, critical position, Pegov then - on the contrary, As we all understand, other people in the NPT, and will not work. However, their data converge, that is, we can not talk about someone's hoaxes.

Confirmation of this information took another working in the Donbass Russian military journalist - Michael Andronicus, wrote in a Telegram-channel "Warrior 2nd category":

"My sources in the power structures of the DNI has just confirmed this information. to be honest, I can not believe. Many times throwing it over the, nearly, five years. Give God ».

According to the author's own sources of the author, in DNR and LNR really now confidently say about the imminent issuance of Russian passports, albeit without details.

What - really prepare the adoption of the Russian for "Crimean model"?

Or this is another rumor, inspired by the vibrations of the notorious "towers of the Kremlin", which are replicated in the Donbass does not the first year in order to maintain the population of the spirit ("exactly, Russia will soon finally take us to his "), tortured for five years of complete uncertainty of their condition, wild clip of civil liberties by the local kings and security officials, do not allow anyone to politics of the People's Republic of popular opposition figures, economy degradation (which kept afloat only budgetary infusions from Russia) and so on.

This may be an attempt to pressure on Kiev from Moscow in the framework of bargaining over the continuation of the transit of Russian gas through Ukraine, which expires in January of the previous term of the contract 2020 of the year. Despite the construction of the Baltic and Black Seas "Northern" and "Southern stream", without the Ukrainian gas transit to "Gazprom" to Europe in the foreseeable future will not be able to do. 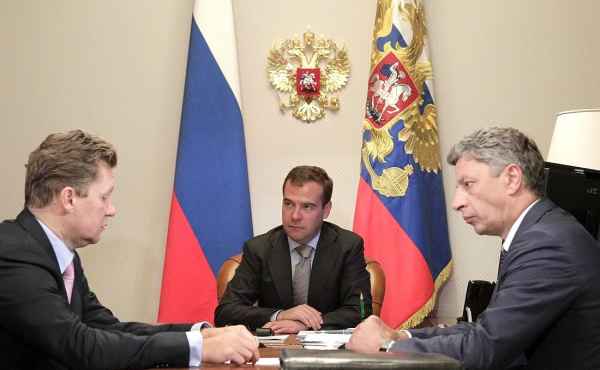 In favor of the latter version is unexpectedly passed 22 March under the lenses of cameras meeting of Russian Prime Minister Dmitry Medvedev and Chairman of the Board of "Gazprom" Alexey Miller, a presidential candidate of the "Opposition Platform - For Life" Yuriy Boiko and the head of the political council of the party Viktor Medvedchuk. Boyko at a meeting called the "most important issue" for Russian gas supplies to Ukraine, Miller said, which can reduce the price of gas on 25%.

As usual, Moscow showed amazing grace bear, showing Ukrainians, just want to buy them a discount on gas, as it already was in April 2010 and November 2013th in talks with Viktor Yanukovych. We often think only within the larger economy (to whom at what price to sell and how to transport the oil and gas) and more politicians (who in the neighboring countries to build a military base - we or the States), and people so, some additional detail of the landscape.

About, that Boyko summer 2018 year agreed in the Kremlin, "a prime candidate for Ukraine by pro-Russian electorate" and began to twist arms all the other policies of the Southeast, I wrote on the "outpost" yet 3 January 2019 of the year. Lately Boyko showed themselves to those, Who expected, - absolutely neharizmatichnym candidate, who can only promise the voters "to increase the salaries and pensions" (Bribery attempt number two) and confident, that support from Moscow (a visible manifestation of which was the entry of his party godfather Putin Medvedchuk) provide him with anything and everything.

But this is not impudence rolls even in a small and dependent on Russia Abkhazia, what can we say about Ukraine.

In the "opposition bloc" Boiko actions caused a split and independent presidential nomination Alexander Vilkul and Eugene Muraeva, who joined forces (Muraev starred in favor Boyko) 7 Martha. emphatically, that candidates for the Ukraine removed in favor of Petro Poroshenko (Sergey Krivonos), Yulia Tymoshenko (Sergey Taruta), Anatoly Gritsenko (Andrew Sadovaya, Dmitry Hnap), in favor, as mentioned, Vilkula, but no one - in favor of "the most pro-Russian" Boyko.

As a result, Boyko had opened "to pull out of the swamp ears" Moscow.

22 March came and the same type of information about the alleged stuffing huge electoral prospects of the candidate from the "opposition platform - for life". In the purest form of the given pro-Kremlin ", medalists, journalists', these are not particularly used to be shy.

"For 9 days before the election, Yuri Boyko is trying to improve its electoral positions. Now he is in some polls even ahead of Petro Poroshenko, leaving the third position. And, if successful, can expect to improve their performance at the talks in Moscow ", - eg, He wrote in a Telegram-channel journalist, "Komsomolskaya Pravda" Aleksandr Kots, worked in the Donbas.

What kind of surveys are, interesting? If you already, that the news about the "open something nameless scientists".

The media have given it more vaguely. for example, Herald:

"Boyko ... confidently occupies the fourth position in the race for the presidency. His rating is stable ranges 10,5%, and some analysts even suggest, that at a certain scenario it will be able to overcome and Poroshenko and take the third final place ».

obviously, that desperate attempts to impose its president Ukraine - it is a different logic, rather than separation from the country of Donbass (and the issuing of Russian passports is a step in this, since then as well to give our citizens under the authority of another country - Transnistria and Abkhazia example).

remind, provided and the Minsk Agreement, another thing, now there are Russian hampers the pretext, that the authorities in Kiev "is not so", "Wrong".

And when the "right"?