Doomsday Clock stopped at a value 23:58 The specialists of the "Bulletin of the Atomic Scientists," the University of Chicago in 2018 year. The formal reason for this step was the persistence of North Korea's nuclear program, as well as global climate change. But everyone understands, that the main game, affecting the position of the hands, takes place between NATO, Russia and China. Two minutes to midnight - is almost unprecedented value for the 72-year history of the hours. Such was observed in the age of nuclear weapons tests, and even in the Cuban Missile Crisis position of the hands it was not as extreme. paradoxically, but that, What we see in the world today, It did not like the times, when the bombers before departure were filled with atomic bombs, and the US and the USSR tanks were aiming at each other at Checkpoint Charlie. Approximation of the real military conflict, at first sight, in any way itself does not issue. 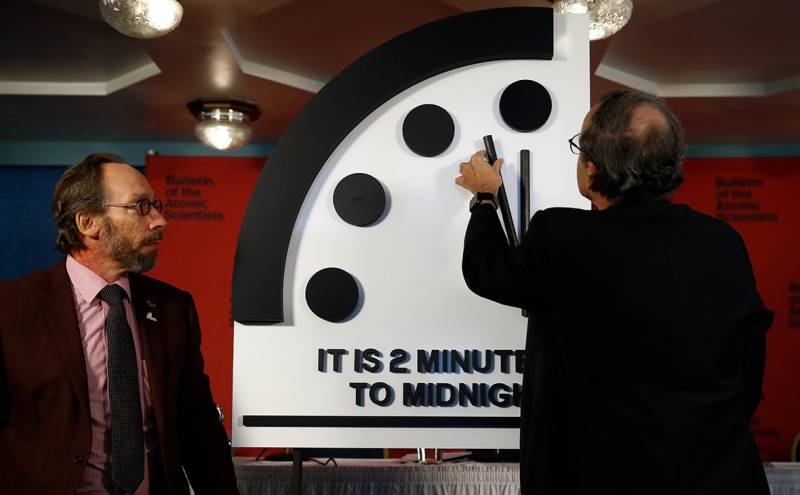 Aside from hysteria, which pumps most of the media, especially now no one is ready to serious fighting in the spirit of the Second World War. In Europe, only two US military brigade, that does not go to any comparison with the almost 300 strong contingent to the most intense years of the "cold war". Now the resistance of the Russian Army from NATO countries in the European theater of war will last at best, 1,5-2 of the month. And in the case of Russia the use of tactical nuclear weapons - and even less. But now, and during the "Cold War", a blitzkrieg would have been a dead end. In the end, the country's leaders have faced the prospect of control destroyed territories of Europe countries with a hostile population and serious radioactive contamination. The US has long did not have to wait, and have brought down the first tactical nuclear weapons, and then intercontinental missiles. this, properly, the end of civilization as we know it. Sustainable balance between the two superpowers of the XX century somehow obereglo us from Armageddon. 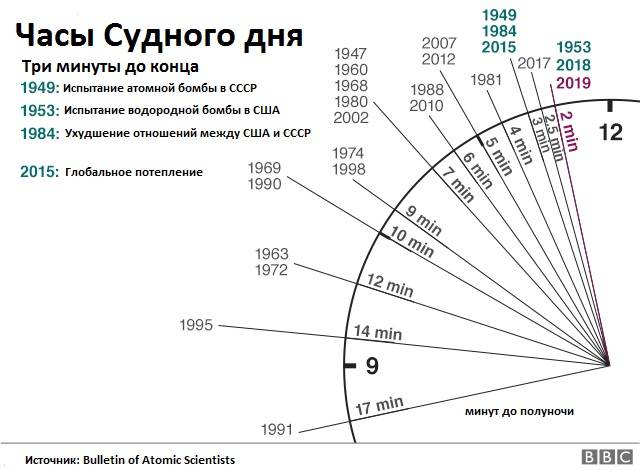 Banal example, that can be, if there is an equal rival on the horizon, history becomes clumsy aggression of the USA in the 90s and 2000s. Under rink hit Yugoslavia, Iraq, Afghanistan, Libya, and this could not but annoy the other players. Since the clock Doomsday, after a short delay, coupled with the collapse of the USSR, become inexorably closer to midnight.

Another disturbing factor, approaching us war, became a generational change in the leadership of the countries - world leaders. Came to power, young people, that the horrors of World War II is known in the best case on the pages of college textbooks. For them, the concept of nuclear deterrence becomes a burden on the defense budget of the country. Managers and expert community increasingly difficult to understand the consequences of the use of nuclear weapons. For them, this could be just another click on your smartphone. On the other hand, in the West very clearly understand, that any military action on its own territory will inevitably lead to severe internal reaction, leading to a change of government. That is why the arena of the future (and modern) battles are third countries, that does not exclude the direct clash main participating countries. Now this area is becoming Ukraine, which may well loggerheads Russia and NATO. Possible triggers local wars can become aggressive attempts to undermine the political system in Belarus or blows to the Russian bases in Syria. 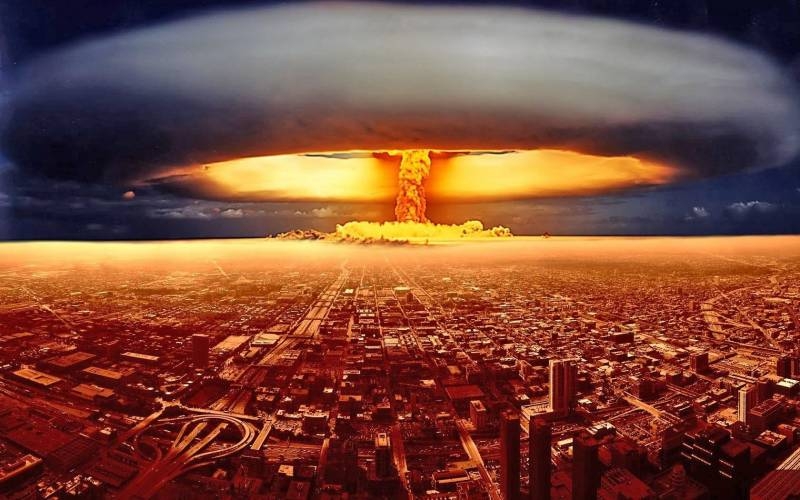 Who will use nuclear weapons first in a hypothetical local collisions Russia, China and NATO? Still, hold this power will be in the holster: modern military equipment to successfully perform most of the tasks on the battlefield, without irritating the enemy once more nuclear strikes. According to experts of the weekly "Profil", this is indicated by the experience of the Second World War, when none of the participating countries did not dare to use chemical weapons. But the potential of this army was enormous: could and Germany, and the Soviet Union just pour "chemistry". But do not dare, they were all afraid of retaliation. However, it is worth mentioning an alternate assessment this judgment: in all countries has been so well developed service Army Chemical Defense and the civilian population, It is making practically useless spraying of toxic substances.

The third world war is impossible? It is already underway, although it offers much less loss in human resources. Numerous conflicts on the periphery: Georgia 2008 year, "Arab spring", Syria, Ukraine and many other emerging small wars. It was such a picture of the global war looms now. We talk about it back in the 60s, and even gave the name - "proxy war", or a proxy war (proxy war). War is usually a few countries within a small problem with using the latest state resources, often under the guise of "military assistance" to the brotherly people. Typical of this type of conflict was the war in Spain, when Germany and the Soviet Union tried on to each other arms, rehearsing in front of a large massacre. Later these arenas have become Korea, Vietnam and Afghanistan reservations. Now we see like in Syria. Proxy War, as it may sound cruel, very good for the planet as a whole. "Let off steam" of the country, not daring to exchange blows straight. It was not even during the Cuban missile crisis. The only threat to peace in the "civilized" countries are errors in the periphery, when hot heads that inflict blows on the semi-mythical PMC "Wagner", the "Tomahawk" massively shot down. In fact, Russia and the United States are very indirectly, but still at war with each other.

But this positive picture can be destroyed by the rejection of two important agreements: The INF and START-3. The first has already torn, and the second predictably not been extended 2021 year. And the problem on a global scale there will China, which has a lot of medium-range missiles, which is very annoying the US. The United States escalating grouping tactical missiles will inevitably lead to China's response, including in terms of the expansion of intercontinental nuclear groups. This China has seriously lagged behind and from Russia, and from the US. In full accordance with the snowball effect the other major operators of nuclear forces begin to build their own arsenals. And then there's hypersonic weapon arrives with a new spiral in the arms race. Repartition arsenals containment is inevitable, and without shocks, he can not get through.

As a result, everything is going to, In the coming years Doomsday Clock "pushed" more seconds 30 midnight. The question is:, Do pay attention to it the main culprits translation arrows. 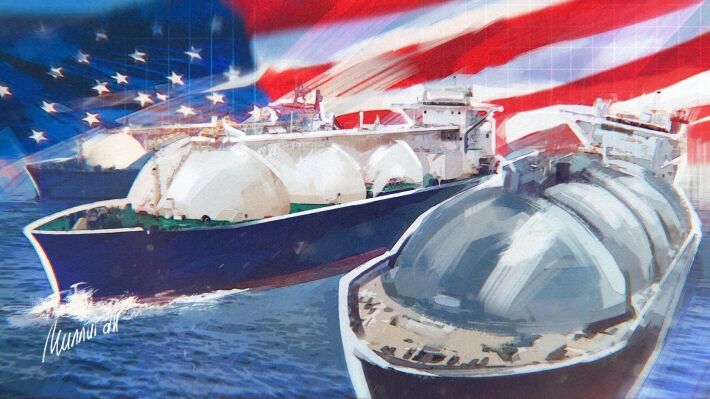