From nowhere to nowhere. Features of foreign investment in Russia

The author quite deliberately continues to write about investments specifically "in Russia", although it is customary for the investors themselves and the journalists who have joined them to talk and write about investments "in Russia". In fact,, until now they were right, because most of the foreign investments were made simply in Russia - as on some field of miracles in a country with a completely different name. And I would like to invest targeted: in Russia, into its economy, to its enterprises and banks, into its infrastructure, and not really, national projects.

But this is still difficult. Even very difficult. Buy securities - please. Especially state, highly risky according to the criteria of rating agencies, but in fact - perhaps the most profitable among the most reliable. Or replenish investment portfolios with assets from state monopolists, which we also balance on the brink of a foul, I mean sanctions. But invest in something real, so this is only under the condition of 100% sales guarantees and the complete removal of Russian partners from business management. 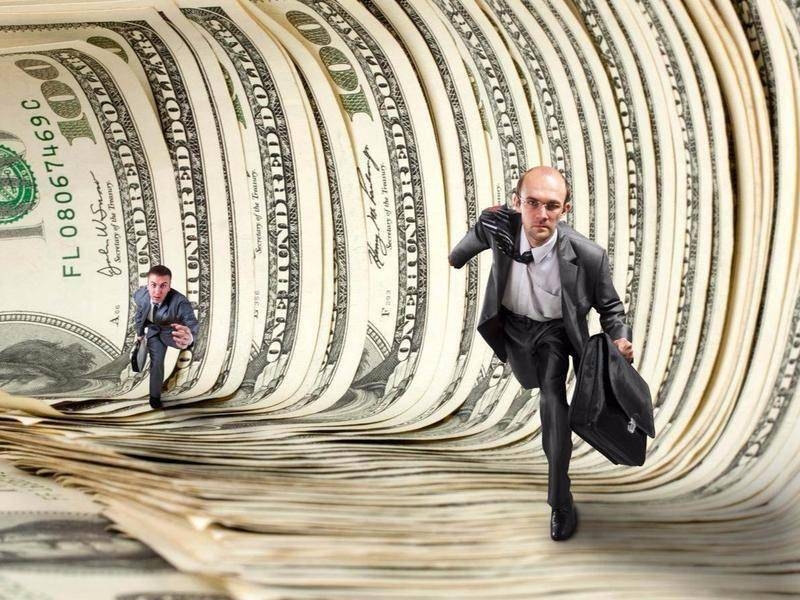 Last thing, as you know, concerns screwdriver production, which in various forms have multiplied here like mushrooms after the rain. However, and thanks for that, at least jobs appear, although not so much, and not so well paid, as we would like. In addition, in this case, most of the invested funds still remain to work in Russia., although arrived, of course, go away.

However, to share profits with the people, even among the oligarchs, it would never occur to anyone - the Swedish model of socialism was once advertised, and they forgot. Do not count as an attempt to implement its half-forgotten already popular IPO - these initial public offerings of the largest companies, including Sberbank and Rosneft. Remind, how did it end? The rapid drop in their stock prices, especially if you count in currency, after which the public began to actively dump them. To return at least something from the investment. And only the most "stubborn" of the shareholders from the people did not stop holding on to them.

by the way, this latest experience of playing pyramids with the general public refuted another traditional liberal thesis in favor of foreign investment. About, that in Russia funds, invested from abroad, will work for a long time and even, it's like a fairytale, "happily". No, at assembly plants, they really work at the very least, but this is the most insignificant part of those investments.

Most of them are brought to Russia just for that., to quickly crank up a series of speculations and withdraw the earned, rather, stolen in the safe havens of offshore. And as soon as there is a prospect of "cranking" a few more similar operations, this perspective will certainly be used. For the benefit of depositors and no benefit for the Russian economy. So you can invest indefinitely, getting beautiful reporting figures and ... almost zero return for real production.

Yes, foreign investment is the movement of financial resources "from there" to the direction "here". And this is not a liberal thesis, and the postulate of economics. But we have already shown on the statistics data, that a significant part of foreign investment is "fed" from domestic, not external resources. It turns out something like "from nowhere to nowhere". And this, Alas, not our Russian feature, this is common practice in emerging economies, which in fact no one is going to develop. Russian enterprises, even with the participation of foreign capital, usually, have to be limited to reinvesting their own income.

At the same time, about the transfer of income by foreign investors, received in Russia abroad, it is usually customary to keep quiet. Otherwise, top managers will get nothing.. Have you ever wondered, why foreign brands cars, collected in Russia, usually not at all cheaper than really foreign analogues? And this is in the absence of customs payments, lower taxes, low energy and utility costs, cheap labor, finally.

And all because, that incomparable funds are needed to pay top management, Russian and foreign, interest on loans, dividends, rental and deductible payments. Is it worth explaining after that, why many companies are not without pleasure trying to settle in Russia with their candlesticks, excuse me, screwdriver factories. And after all the same cars, collected in Russia, somehow they are not sold abroad. Probably, because, what those prices, what do we have inside the country, you can't "push" them over the hill.

Bank of Russia data, not Rosstat, show, that since the start of the sanctions campaign, the total volume of investment income, withdrawn by foreigners from our country, amounted to the amount, approximately equal to the amount of gold and foreign exchange reserves of the Russian Federation. And this despite the fact, what is the amount of accumulated investment, as shown in the previous review, has been steadily decreasing for more than two years.

Excuse readers for repeating, but foreign investment is really like a pump, abandoned by Western corporations in the Russian economy. Foreign investors took part in privatization for a reason. And even though, that some of them were then gracefully "thrown", like George Soros with Svyazinvest, and someone was pressed - for example, BP from TNK, so that she would then safely go under Rosneft, "Financial pump" continues to regularly bleed Russia.

AND, Consequently, prolong the existence of a stalled western economy, which, without "support" from China, would now simply crumble. According to the same Central Bank, investments in fixed assets of organizations with foreign capital participation in Russia - this is 70 percent of reinvestment and only for 30 percent - funds, actually transferred from abroad. Moreover, income from these funds usually exceeds them., at 8-10 time.

Paradox, but for all the "modesty" of foreign investors, one does not even have to talk about, as if their investment is scanty, and therefore cannot threaten the economic security of Russia. It's worth starting here, that it is the structures actively invested from abroad that most actively transfer their "assets" abroad - and almost exclusively to offshore. Here is such, under favor, mass "activity".

In this regard, it is quite possible to refer to the data of the mercilessly criticized Rosstat, where not so long ago data on the authorized capital of the main sectors of the domestic economy began to be published. After famous events 2013-2014 publication years became partially closed, and open ones - extremely short. Nevertheless, even from them it is clear, that a significant decrease in the share of foreign capital in Russian business due to sanctions and a political divorce did not happen at all. The last "Deripaska case" proved it too clearly. rather, we are talking about the opposite process - Russia is simply beginning to "squeeze" business much more actively.

Yet again, from statistics it is known, what in 2015 year (last, when it was still possible to ignore the sanctions) the share of enterprises with foreign capital in the total value of the total authorized capital of all sectors of the Russian economy was equal to 28%. In this case, we are talking about those enterprises, where foreigners really own control.

And although this is something like the average temperature in the ward, an industry cut may even scare someone. Indeed, in the raw materials sector and mining, the share of foreigners exceeded 55%, and now it could be even worse. There were more 40%, but now we can hope, that less, in food - almost 60, in textile and clothing - 56%, in retail - 62%. 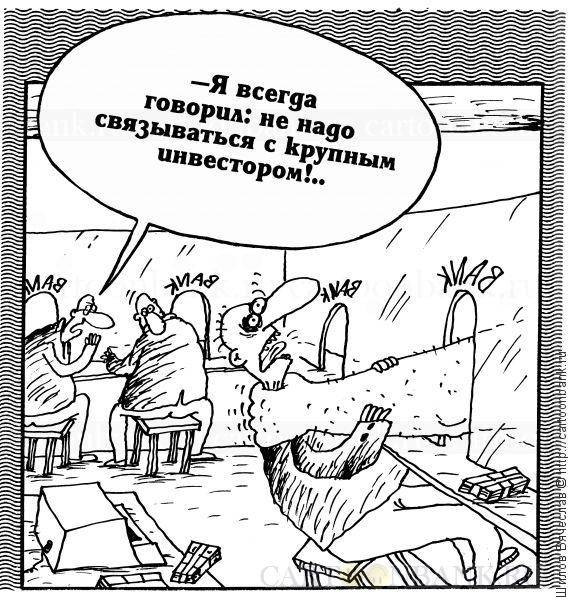 There is a feeling, that in fact everything could be much worse, because of the same offshores and shadow, as well as the "gray" sectors. And the branches of government, especially for some reason legislative, continue to almost pray for the next arrival of "foreign investors" in the country. good More, that the sanctions slightly tempered this ardor.

On the other branch of government - the executive, they prefer to talk about investment as a good in the context of the notorious structural transformations in our economy. allegedly, and we will get off the oil needle under the pressure of investments, and we will get away from the excessive presence of the state in the economy.

Let me express my doubts about, something, and we need something else so badly, but also the flow of funds, even in the form of investments, it will hardly help here either. However, about this, as well as about, do foreign investors really need to create any special preferential conditions in Russia, I will try to tell you in the following, more precisely, final investment review.

232
Comments
Subscribe
news
interesting
news "We are advancing in accordance with the operational plan": in Karabakh, fighting continues along the entire line of contact