In Latvia gathered 10 thousand. signatures for the demolition of the monument to Soviet soldiers

Public Initiative for the demolition of the monument to Soviet soldiers - liberators of Riga from fascist invaders brought together over 10 thousand. signatures of citizens of Latvia and should now be considered in the Sejm, reports LETA. 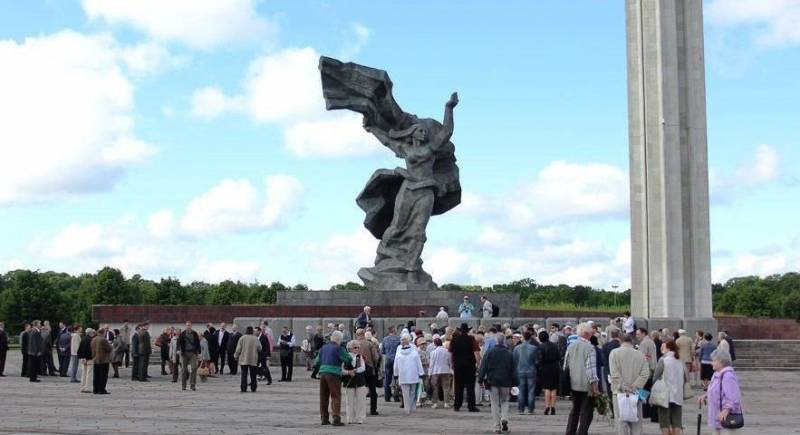 The vote on this issue on a portal Manabalss.lv goes from September 2017 of the year. Initiator - a Ugis Polis, who declared, it opened in 1985 year 'Victory Monument' reminds him of the suffering in the "years of Soviet occupation".

The Republic of Latvia is an independent state, and the pillar, which symbolizes the great evil, applied by the Soviet Union in Latvia, for me, for the rest of Latvians and Latvian residents seems totally unacceptable, he wrote in an explanatory note.

According to Latvian law, public initiative, gathered 10 thousand. signatures of citizens, It is a collective statement, which should be considered in the Parliament (Diet).

Earlier, the deputies have already rejected a similar initiative, referring to the concluded agreement with Russia on mutual preservation of memorials and places of group burials. However, the Policy proposes again to consider this question and to dismantle the monument, ignoring the contract.

The initiator also refers to "a provocative role" monument, which every year 9 They may gather veterans. such activities, According to him, "Split the society" and "increase crime".

Monument repeatedly desecrated by nationalists, a 1997 was an attempt to blow it up.