Merkava Mk.4 against the T-90m – who has more chance of superiority

Experts used to compare the tanks rolling off the assembly line in the various countries of the world. Moreover, a comparison is typically carried out for tanks, which can hardly be called a conceptually similar. The trend of the last time (when we are talking about the development of the program “line” T-90) – Compare T-90M with the 4th version Merkavah. 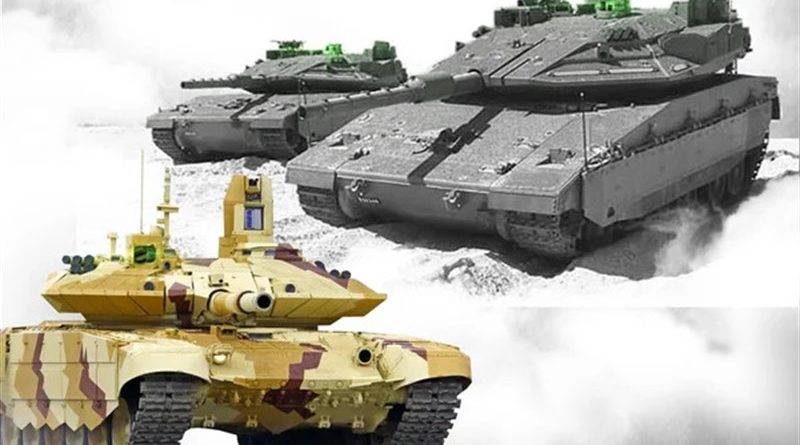 It should be taken into account, too,, that the tanks T-90M and Merkava Mk.4 are conceptually different machines, designed to perform various combat missions. Russian T-90M longer adapted to the shock of battle, and Israeli Mk.4 primarily focused on defensive actions.

A serious drawback Israeli tank Merkava it is overweight on a background of a large coefficient of specific ground pressure. When the mass of the order 70 tons, this tank is not suitable for soft ground, so this machine is not suitable for export to countries with soft marshy ground. However, it should be noted, Israel does not force events to the export plan. So far, the only major customer Merkava is Singapore, signed a contract for 50 Merkava Mk.4. Although Singapore is the soil are not the most suitable for this massive machine.

In this regard, the T-90M is much more versatile, and therefore it has a chance of at least the superiority of the coverage area of ​​the global export territories.

IN “Israeli” I have very limited overview of the driver due to engine front location and a small inclination of the upper bronelista. Besides mehvoda place is located on the left side of the body.

Both tanks are constructed using modern digital technology. However, the T-90M electronics is much “smarter than”, than the Mk.4. The new "Kalina" fire control system is capable of much earlier Israeli tank identify the purpose, calculate ballistics and open fire on the enemy. Also, the T-90M is able to automatically put the protection and prompt crew, how best to dodge.

Powerful armor and dome profile is well protected Merkava frontal projection. Yet heavy front and spring suspension by firing the cannon tilted down, which significantly slows down the rate of fire.

Both tanks have powerful guns and high-quality active protection, but a dynamic defense in no Merkava.

A great advantage of the T-90M is its price and 100 percent of the national assembly of parts, Unlike Merkava, which is 30% It consists of imported components.