Chronology of the fierce air battle over Kashmir and what it will turn back to Pakistan and India.

In the mountainous province of Kashmir continues to develop new Indo-Pakistani conflict. The sides have already exchanged with massive air strikes on border areas of each other, which led to hundreds of victims. We try to understand, how it all began and threatens the region if the fourth Indo-Pakistani War.

The territorial dispute between the two countries began in the era of dekolonnizatsii India. As the departure of the British from the Indian subcontinent in its territory the power in their hands took the local rulers. As a result of this process it formed an independent principality of Kashmir.

principality population consisted mostly of Muslims, but the power was in the hands of the Indian elite. Local Pashtun population expected, that soon will be part of the principality of Pakistan, however, the local governor intended to preserve the sovereignty.

Pakistan and Afghanistan this position did not like, and to the territory of Kashmir began to penetrate as a Pashtun from Afghanistan volunteers, and regular troops from Pakistan. Kashmir governor had no choice, but to ask for help to Delhi. In exchange for protection, he agreed to join his principality to India. Since then, Kashmir is divided into two parts - a large Indian, and small pakistani. Which is considered to be occupied. From that moment began half a century of confrontation between the two countries, which lasts to this day.

New acute stage in the struggle for Kashmir began recently. 14 February 2019 , the largest army convoy was attacked in Indian Kashmir. As a result of landmine blasts killed more than 45 military. Claimed responsibility group "Jaish-e-Muhammad". In India, it is recognized as a terrorist, and is also considered, that it supports Islamabad, after militants in favor of the accession of Kashmir to Pakistan.

In Delhi, we decided not to leave such a major terrorist attack unanswered. The aim of the terrorists chose retribution main camp, tucked away in a mountainous area. The problem was that, that it is located on the territory of Pakistan, near the border with Kashmir.

The military began to elaborate a major air raid, which included the invasion of airspace neighbor. It was decided to simultaneously destroy the position of two other small groups, located in uncontrolled Kashmir.

Strike group tucked in just eight Su-30MKI. Manual operation was ensured by two AEW and control planes A-50EI. Pre over the area of ​​operation variety Indian UAV, who not only made up exploration areas, but also put things on purpose CABs. 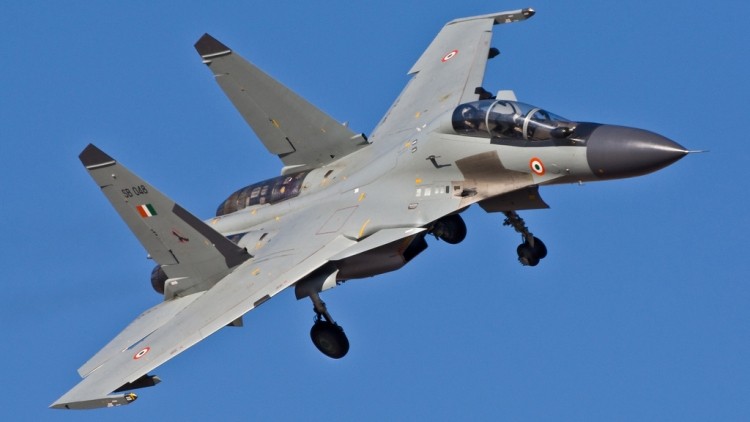 Interesting, that in order to surprise the main group "Mirage" soared to the remote Indian airfields. In the air, they produced a refueling, then proceeded to the assignment.

An hour before dawn on militant camps fell 1000 kilogram bombs. Indian commanders said, as a result of the attack all targets managed to hit, Only in the camp "Jaish-e-Muhammad," according to intelligence killed up 300 terrorists. 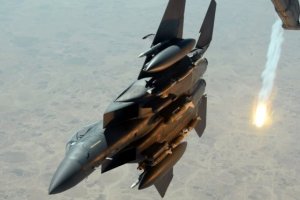 For Pakistan, the Indian Air Force invasion was a complete surprise. To intercept the strike team, they sent a couple of F-16 fighters. One version says, Pakistani aircraft arrived at the border violations late and did not find the Indian "Mirages". In accordance with another version, pilots of the F-16 simply did not dare to attack a superior force of the enemy. Howbeit, the fight at that point did not happen.

In Islamabad, we decided not to leave Delhi without daring response. Especially, that on the night of 27 of February in Pakistan-controlled part of Kashmir Indian border guards smashed several ukreppunktov militants. In response, the Pakistan Air Force dealt a warning bomb hit near the Indian military positions in the disputed region.

At this time the Indian Air Force were alerted. I went to intercept a pair of MiG-21 fighters. They caught up with the enemy at the border and immediately attacked. 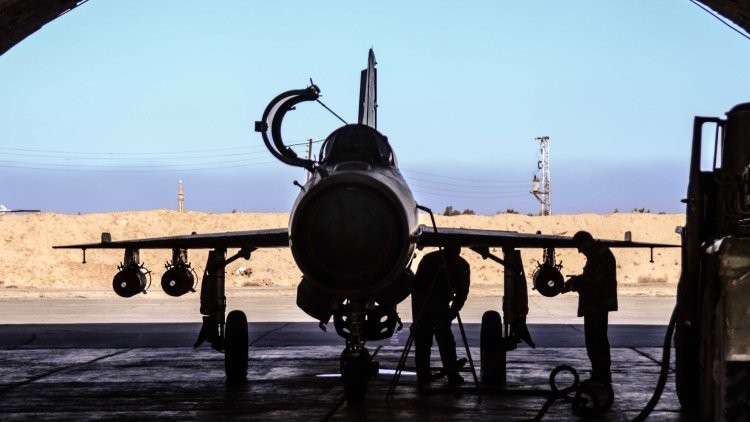 Currently it is known for certain about a downed MiG-21 Indian Air Force. He fell in enemy territory, and catapulted pilots captured. Islamabad says the destruction and the second plane, but there is no evidence. Delhi, in its turn, recognizes the loss of one fighter, but the second, according to the military, not only survived, but also shot down one F-16. However, this information is documented and has not been confirmed.

Besides, fell on the Indian territory in the border area is also a helicopter Mi-17. Cause of the accident and the purpose of flight until the machines were not disclosed. probably, he was involved in a night ground operation of Indian border guards.

Will the fourth Indo-Pakistani War?

Hard to tell, of whom left the battlefield. One side, Pakistan accurately shot down one enemy fighter and captured the two pilots. With another, Indian Air Force successfully bombed a militant camp, destroying hundreds of terrorists. Formally Delhi authorities achieved their goal and avenge fifty dead soldiers.

However, we should not exclude, India wants to definitively resolve the issue of Kashmir with membership. In that case conflict would be inevitable and may last for several months, or, that likely, years. Afghan Pashtuns has already stated, that go to war, if India tries to liberate the occupied part of Kashmir by Pakistan.

Nevertheless, unlikely, that one party will dare to unleash a full-scale conflict, because each party has at least a hundred nuclear warheads. far more likely, that both sides will want to minimize the reputational risks and try to return to the status quo.