Vietnam was the second batch of Russian T-90S tanks

Vietnam was the second batch of Russian T-90S tanks, According Defence Blog website with reference to Vietnamese media. 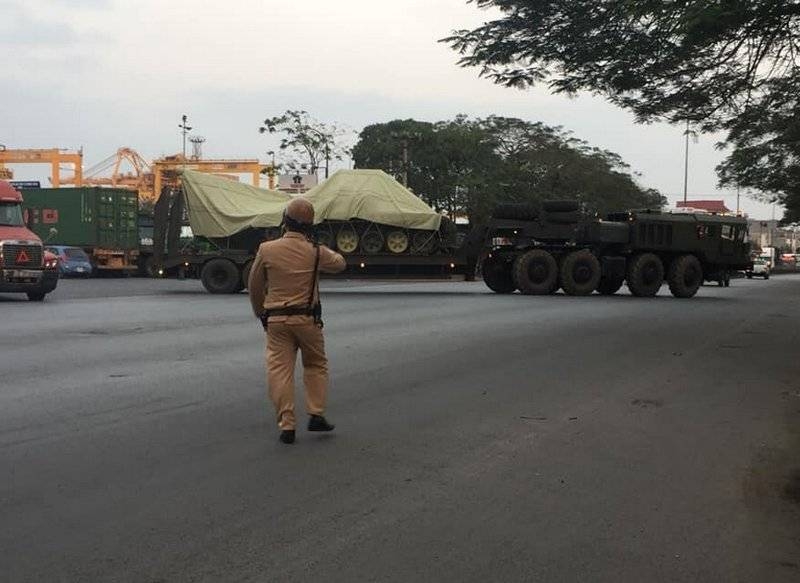 As the newspaper writes, Party Russian T-90S tanks was delivered 21 February of Russia into one of the Vietnamese ports. The number of tanks in the party have not called, but likely to come 32 tanka, because of all the Ministry of Defense of Vietnam ordered in Russian supply 64 T-90, and in early January came in the first batch 32 cars. The People's Army of Vietnam Russian T-90S tanks to replace standing by the Soviet T-55.

The contract for the supply of 64 T-90S / SK was signed 2016 year, but we know about him was only in November 2017 of the year, when the Federal Service for Military-Technical Cooperation (FSVTS) announced the delivery of tanks T-90S and T-90SK Vietnam.

T-90 – is an export version of the Russian T-90 tank. On an armored car no floodlights OTSHU “Blind”, but installed additional security units. T-90SK – commanding variant T-90S, with additional communication and navigation equipment.