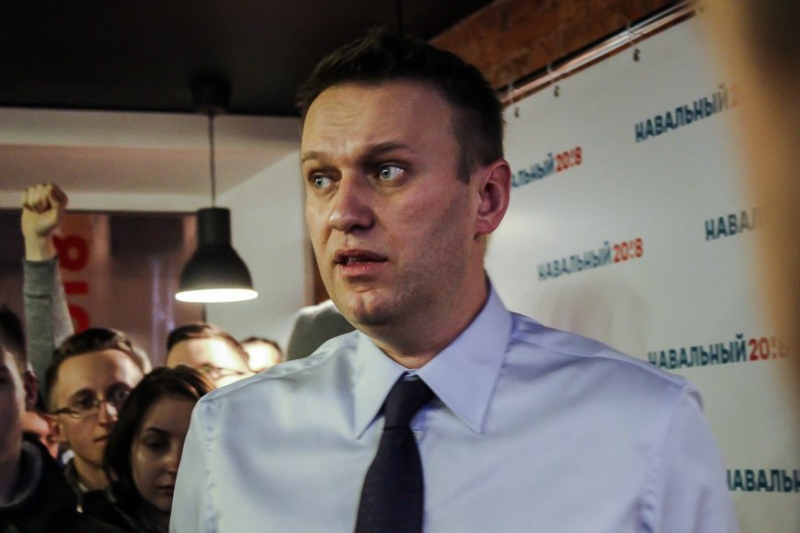 The social networks are actively discussing loud failure Alexei Navalny, issued the "investigation" on the power of capital schoolchildren on the basis of an interview with a certain Natalya Shilova. The woman introduced herself as a former employee of one of the businesses of the company "Concord", engaged in the production of products for schools and children Moscow gardens. She spoke about the "horrors", with whom she allegedly had to face.

This furor has caused her words about, that one of the companies she saw the toilet washing of fruits and vegetables. As the video for said women were shown photos of rotten meat, rotten apples, torn bags of meat and other "content-shock". But the main image, "Decorate" the material, It was the same toilet. His Navalny posted in all social networks, attributing a comment: "It is monstrous. What to feed children in Moscow schools and kindergartens ".

Notably, This is not the first investigation team Navalny, dedicated to children. Prior to that, his ally Love Sable accused "Concord" of being involved in an outbreak of food poisoning in the capital's educational institutions. true, Rospotrebnadzor check her suspicions refuted - the representatives of the supervisory authority established, poisoning is the culprit Chaplygin Dairy Plant Lipetsk region, It supplies its products to many Moscow schools.

After that Sobol pointedly refused an invitation to visit the company's facilities "Concord", where she could personally check, the conditions in which food is cooked for the capital kids. Any contact with the media is also rejected.

However, if after the last stuffing FBK team managed to keep silent, for the "scandalous" interview with Shilova had to justify himself Navalny. In response to its publication with the "monstrous" toilet users found, instead they slipped PHOTO "bearded meme": This image roam in vast runet for several years and no relation to school feeding has.

Navalny was forced to admit, I apologized to subscribers for the "random error" and deleting photos.

meanwhile, it was built around the toilet all the "sensation". Members then ask a question, how this "accident" is glued to the story about Shilova, that she personally saw a toilet during one of the tests, and how reliable the other listed in interviews words and pictures.

In search of truth, journalists have tried to reach representatives of FBK, but no landline, no cell phones for calls not answered. Press Secretary Cyrus Fund Yarmish read questions, aimed it at one of the messengers, but left them unanswered.

In this case Bulk continues to do a good face on a bad game, afraid to admit, that the creation of this or that information "bomb" FBK opened using false facts.