All podhryukivayuschim time to exit. The main message from Putin 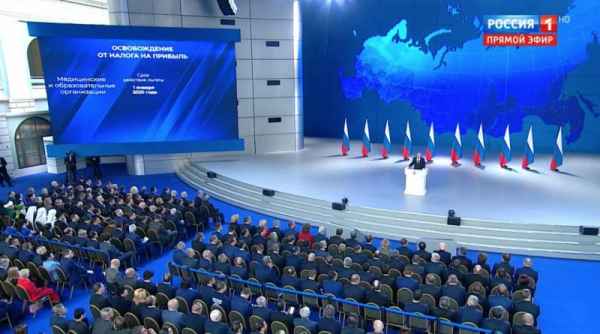 "If someone wants to work on thumb, without straining, it is better to leave. With that kind of attitude is better not to approach to the projectile ".

Let's not beat around the bush, The main impression:

– chat with the people and journalists - much friendlier, Parliament also hint, lisp that no one will;

– focus on domestic policy, Lavrov will understand from the outside (Thank you, Sergey Viktorovich) and missiles;

– against US, drugs, supporters of the most hard words: "And the Americans their satellites “podhryukivayut”». This quote will remember for years.

If you deal in more detail, it is possible to identify theses:

FROM 1 January 2020 year to raise the bar to two subsistence lows for a family.

The land tax should not be jumping and change.

social workers. areas should be empathic professionals. "They, who is not configured to fight and go to the end, can "get out".

health, accessible to all - to allocate funds for medical benefits, moving into the hinterland.

You need to create at least two rehabilitation centers world-class for children with cancer.

Raise the waste treatment with 8% to 60% (fairly major changes should be expected in the ecology laws).

cut back on 20% emission of harmful substances.

FROM 2020 year to run a program clerk teacher (by analogy with the "country doctor") with corresponding benefit teachers.

Within the framework of the national project "Culture" to allocate more 17 bn. the construction of rural clubs and houses of culture. Exempt from tax on rural schools come, museums, library.

Well, As far as the arms and send to the outside world, whom, undoubtedly, After waiting for a very bright circulation last year, Putin justified the expectations of more than. Also spoke about the development of new types of weapons (by the way, It was made mention of the fact, that the developments and achievements, associated with new weapons, must be used in a civilian environment), and about the implementation of the samples, previously announced.

"Frankly and openly, that all was clear in advance: Russia will have to build and deploy such weapons, which can reach not only the territories, with which our side the threat, but those, where appropriate decisions are made. We implement this, as soon as the threats become real ".

AND, of course, few words got joint contracts and out of. "Knock on the closed door will no longer. wait for, when our partners are ripe to equal negotiations ".

Well, and I would like to finish the sentence, which directly relates to the Kuril issue. I hope, it'll be enough, to put an end to this senseless and stupid dispute: "Russia is a sovereign state - or it will not".