Today Russian President Vladimir Putin delivered a message to the Federal Assembly. Statement by the Head of State began in 12-00 by msk.vr. Gostiny Dvor. 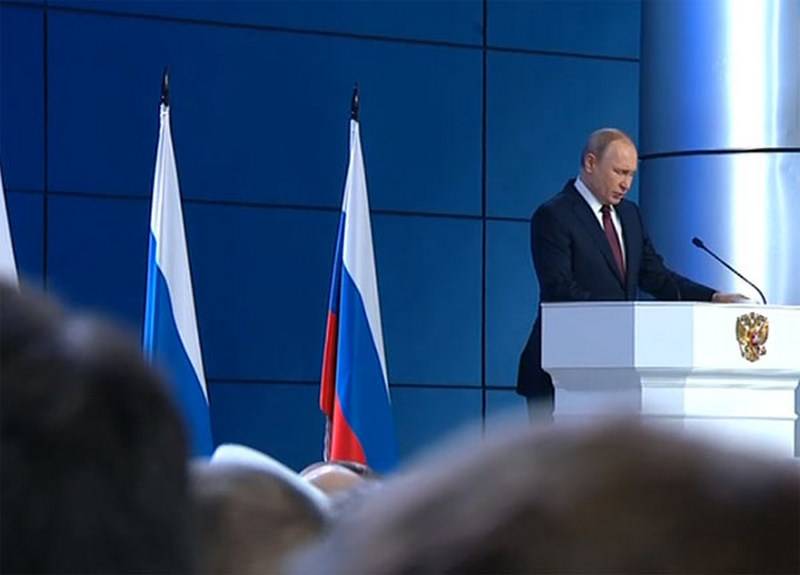 His speech, Vladimir Putin began with the phrase, that the message of this year is primarily devoted to internal matters of the country. Tasks, assigned to the country, are long-term, he said, but work on strategic objectives needed today. Putin urged the Government to set the tone of vitality and coherence for the implementation of national objectives.

More specifically, Putin turned to the issue of demography Russia. According to him, in Russia today entered into a difficult period of demographic. In order to restore the natural population growth, Putin called on the authorities to assist in the birth of children, maternity capital to pay, to increase payments for child care, etc..

President urged to reduce the tax burden on families. The principle is simple: more children – less taxes. He proposed to increase federal benefits for the tax on real estate for large families. Government and the Central Bank should hold the line to reduce mortgage rates to first 9 percent, and then to 8 percent and below, the president said. families, gave birth to her third child, It proposed to write off for 450 thousand. “mortgage” rubles.

The President called on all, who work in the social sphere, state or municipal service, show respect for the citizens in words or actions.

According to the President, Russia's reserves for the first time in the history of cover external debt, as a state, and commercial.

The total income from the use of these funds for the past year amounted to 70,5 billion rubles.

nesyrerogo increase exports 1,5 times for 6 years;
improving the business climate, so that no one ran away to other jurisdictions;
removal of infrastructure barriers;
development of the human resource base.