Since the end of the XX century military defense industry enterprises and design bureaus in Russia do not stop working on creating the future of unmanned robotic tanks. 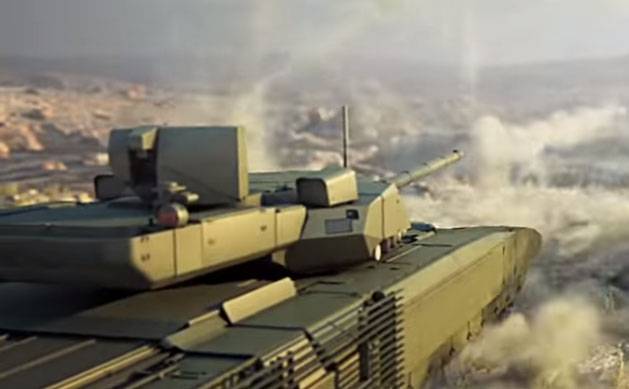 Now, where artificial intelligence has become almost a reality, idea drone tank-fiction evolved from the distant future to the real object of the present, how those drones or unmanned submersibles.

On the creation of an unmanned tank, said Andrew Terlikov, chief designer of the Ural Transport Engineering Design Bureau, included in “Uralvagonzavod”. "Through the development of robotics and artificial intelligence, completely unmanned machines – This matter is not far in the future, a, perhaps, already present ", – he said.

Unmanned machines armored forces - it is also a promising direction for the creation of weapons of the future, as well as the development of unmanned aerial vehicles and unmanned underwater and surface vessels. In this area has long been running several competing projects to develop the concept of the new tank using a technical reserve of all developments in the field of modern tank construction, said chief designer.

Furthermore, estimates of Terlikova, Russian engineering-design thought and Industry of the Russian defense industry base more prepared for the development of the latest robotic technology, than our foreign opponents. Even at the end of the last century, as for the development of UAV-tank used by the base of the existing machines T-64 and T-72, Russia is ahead of other countries in this region.

With the words of Andrei Terlikova echoes and information, appeared last summer. Then it was reported that, that a Russian unmanned tank called "Tachanka" created on the basis of the domestic tank last generation T-14 "Armata". It is planned, The new unmanned heavy-class platform is a multi-functional high-tech concept of armored vehicles of the future. Subsequently, on the basis of its Russian tank builders can not only construct unmanned tanks, but these APCs and IFVs, engineering wheeled-tracked complexes, as well as autonomous tank support system, intelligence, coordination of fire and fight.