Published photos from Ukrainian scientists on the border with Russia 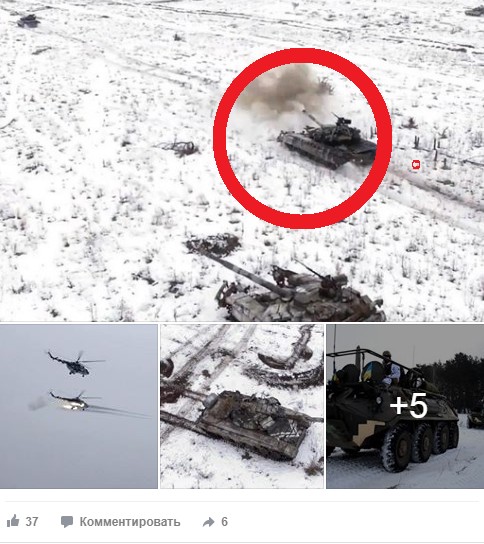 Ukrainian armed forces conducted exercises with combat shooting in the direction of one of the polygons in the Chernihiv region, which borders with Russia.

As reported by the General Staff of the Armed Forces of Ukraine press center, took part members of a tank army brigades Ukraine.

At maximum unit failed to pass a complex rugged terrain speed. It was made possible enemy attack, - specified in the message.

According to the ministry, They were tested possibilities of warfare and battle formations. Evacuation "padded" technique from the field produced by means of technical support units.

APU fighters themselves during tactical exercises conducted fight with the enemy forces of tanks and other equipment.

In the Ukraine are preparing for a joint Ukrainian-US military exercises. Their name Sea Breeze-2019. The maneuvers will take place in the north-west zone FM. Photos from the Ukrainian exercises on the border with Russia were published in the ZSU Network.

Ukrainian military will try to meet the standards of NATO in marine waters.