Specialists of the Moscow Higher Military Command School begin a military pilot operation of the new machine gun Kalashnikov RPK-16. The first prototypes are now on MosVOKU, the press service of the Russian Defense Ministry. 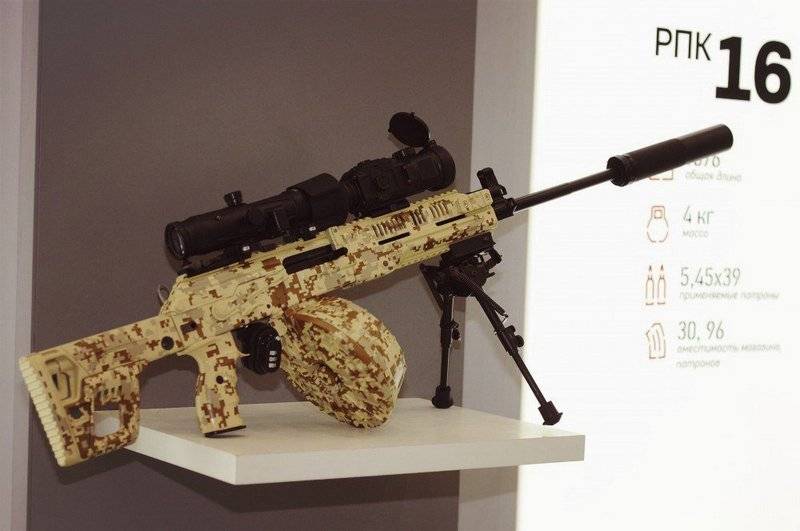 As reported by the Ministry of Defense, testing of new weapons will be held at the Moscow Higher Military Command School. Before testers task in the classroom for fire and tactical training to evaluate the technical and precision characteristics of the RPK-16, ease of operation and maintenance of the machine gun.

The Defense Ministry did not name the new timing of the testing machine gun, but stated, that after the development of the military operation recommendations, as well as comments and suggestions will be sent to the manufacturer for revision gun.

New machine gun RPK-16 created concern “Kalashnikov” on its own initiative based on the experience of contemporary armed conflicts. For the first time the gun was shown at the exhibition “Army 2016”.

Caliber – 5,45-mm, rate of fire – 700 rounds per minute, a single lamp mode. It can be used as a light machine gun (with long barrel), as well as the assault rifle (a short barrel). Specially disc magazine RPK-16 is designed for on 96 rounds, which is also compatible with Kalashnikovs. Respectively, RPK-16 may apply standard shops from AK and the PKK.

In March 2018 year in the Group stated, PKK-16 is directed in the sun for the development of the military operation. Besides, it was announced, that mass production of machine guns will start immediately after the end of testing in 2018 year. The contract for the supply of a new machine gun to the Russian armed forces was concluded between the Kalashnikov concern and the Russian Defense Ministry about a year ago.