Murder for profit: TOP-10 most dangerous PMCs in the world 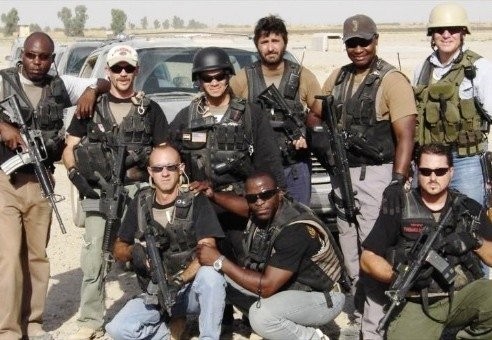 Events in Venezuela were another reason for the West to mention a Russian private military company, which is often associated Eugene Prigogine, a businessman from St. Petersburg.

The American press regularly raises the issue of PMC "Wagner" at the slightest excitement in any country. According to the West, fighters are located all over the world, from Syria to Caracas, but no conclusive evidence was not in favor of this theory is given. It is known only on the Russian volunteers, who for personal reasons, went to Syria and Donbass. Usually, are former members of armed conflicts, who decided to use his skills and experience in distant countries, where the help is needed. However, the West has not yet learned to distinguish a mercenary from a volunteer, so willing to be considered a PMC anyone speaking in Russian man in a combat zone. It is easy to remember, that volunteers fighting for their country and defends the oppressed, while the mercenary protects the interests of any, the highest bidder.

In the same time, European private company, as a sustainable phenomenon, there were about 50 years ago and has since built up a number of levels and weapons.

Their example was followed by Americans, where the institution of PMC has become an integral part of the US Army. SecurityDegreeHub.com edition was a large selection of private military companies around the world, from which we selected the top 10 most most interesting. From our rating you will find out location, size and annual income of the most powerful in the world of PMCs.

Let's start with the American PMCs Brink's Company, important that management is located in Virginia. Nevertheless, Mercenaries have a huge network and operate in more than 100 countries. It is worth noting, that the staff of PMCs exceeds 70 thousands of people. It was founded in the distant 1859 , Perry Brinks as a kind of taxi. Initially the company was engaged in the delivery of passengers with luggage from the train station to the hotel.

Now Brink's Company is known for its huge fleet of armored vans, which are used to meet the needs of Governments, banks, jewelers, businessmen, etc.. AT 2011 Brink year income of 3,9 billion. 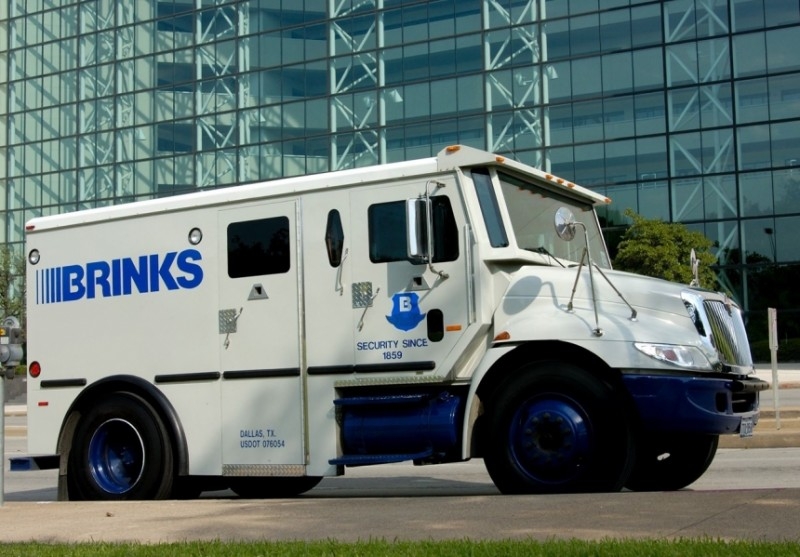 In ninth place CACI International. The company was founded in Santa Monica, California State, at 1962 year as the California Analytical Center. It has a 120 branches and employs about 15 000 employees in the US and Europe. We specialize in - information technology. It provides "information solutions and services in support of national security missions and government transformation for Intelligence, defense and federal civilian customers ". AT 2012 the company's revenue amounted to 3,8 billion.

proved, that CACI employees participated in the torture of prisoners in Iraq's Abu Ghraib prison. Companies get a contract for the protection and security of prison facilities from the US government. The military tribunal to prove the guilt of six employees, but none of them have been brought to justice. 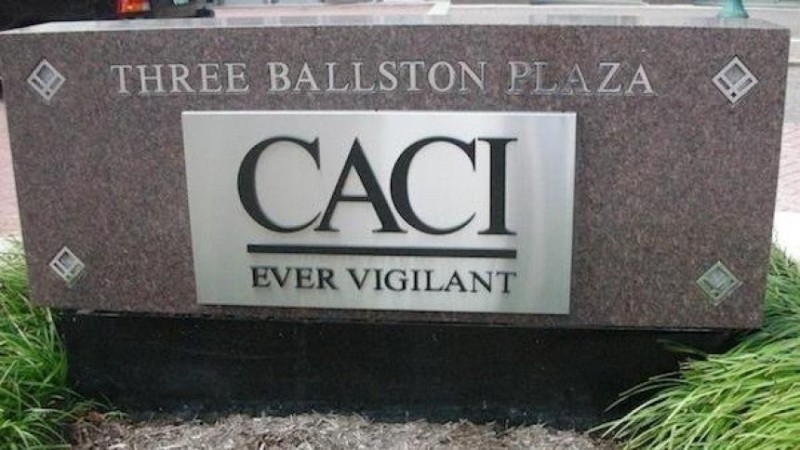 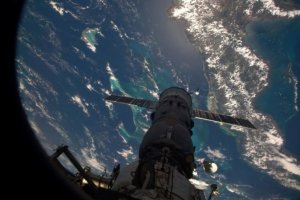 Edwin J.. goat, James L. Allen and Carl L. Hamilton founded the company in 1914 year. Rebreyding company was held in 2012 year, and its revenue reached 5,859 billion. Booz Allen Hamilton area services include management consulting and technology, but it also serves as a defense contractor. The company is engaged in national security, government missions, the health sector, etc.. The company is working with the US Army, BBC, Navy and Marine Corps, as well as defense organizations, space agencies and intelligence groups.

This British PMCs has 36 offices around the world, It is an international company, professional services and consulting. In a statement on the website of the company states, that it provides "strategic advice, expert analysis and in-depth investigation to solve the sensitive political issues and provide practical protection and support on the ground ". Control Risks received a major contract in Iraq to ensure the safety of the oil company's assets. AT 2010 year revenues amounted to 223,32 million dollars.

This is one of the largest PMCs in the world. Headquartered in Montreal, the total number of employees reaches 45 000 human. They are located in North America, Europe, Africa, Asia, Latin America and the Middle East. The company provides protection for individuals in 140 cities around the world and protects 28 Airports in North America. meanwhile, management services in cash the company is treated 5 billion dollars a day. December 2013 GardaWorld year concluded a 12-year deal to manage funds with Bank of America in the amount of 1,4 billion. In the end of April 2012 year quarterly revenue totaled about GardaWorld 300 millions of dollars.

The history of the private military contractor Annandale originates in 1951 year. AT 1962 the company was renamed in Dynalectron Corporation (DynCorp). Services include safety, air support, exploration and operations on the "contingency". Company's annual income exceeds 3 billion, and more 96 percent of this amount generated by US government contracts. PMC provides support to US forces in such countries, as Peru, Colombia, Somalia, Kosovo, Kuwait, Bolivia, Angola and Haiti. The main customer of a CIA, which attracted employees of all significant conflicts 20 century.

According to some reports, mercenaries from that PMCs have been implicated in the drug trade, killing, rape and human trafficking. However, each time the company's management was able to get out of the situation. DynCorp employees had to be noted in all major conflicts of the last century and the present. They were in Bosnia, Colombia, Somalia, Angola, Kosovo and other states. 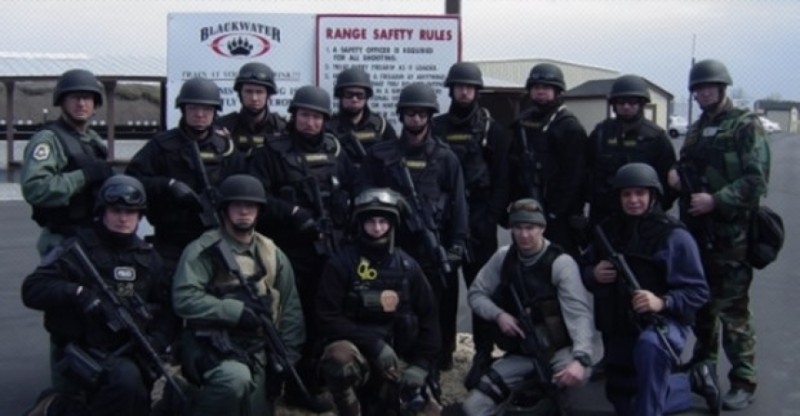 Founded in 1957 year. The staff consists of more than 55 000 human, are distributed across 120 offices throughout the US. AlliedBarton – the largest US security officer in the US. The company specializes in various fields, including on campuses of higher education institutions, commercial real estate, aerospace and defense facilities, housing construction, shopping centers, health care and chemical industries. As part of its program "Recruit our heroes» AlliedBarton hires ex-servicemen and their relatives to supplement their state "highly qualified security staff". AT 2012 , its annual income exceeded 1,9 billion. 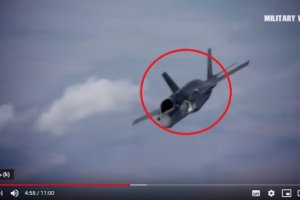 three leaders opens ADT Corporation, which was founded in 1874 year. Today it is one of the largest American PMCs. Originally known as the American District Telegraph, ADT began as a business project for the delivery of the telegraph. The office is located in Boca Runton, Florida. The company's branches are located in 35 countries. They specialize in alarm and security systems. In South Africa, ADT provides armed response teams and round the clock surveillance. AT 2011 year served about ADT 6,4 million customers, and an annual income of 3,1 billion.

Europe's largest PMC was founded in 1934 year in Helsingborg. AT 2012 It was employed about the company 300 000 people in 53 countries, and an annual income of more 10 billions of dollars. Securitas AB's services include security and patrols, investigation, home alarm system, loss prevention, advice on the safety and supply of guard dogs.

The first place is occupied by G4S, which describes itself as "the world's leading group of security". PMC specializes in outsourcing of business processes in sectors, where, for the safety and security risks are considered a strategic threat. British transnational security giant was created in 2004 year, when it based in London. Currently working at G4S more 620 000 human, making it the third largest employer in the PMC sector. AT 2012 G4S, the turnover exceeded 12 billions of dollars. The company offers a wide range of services, including supply security staff, monitoring equipment, Response units and safe transport of prisoners. G4S is also working with governments abroad to ensure safety.

The British are not far removed from their American counterparts in the matter of reputation. G4S has become famous thanks to a succession of scandals Omar Matin. This shooter has arranged slaughter in a gay club Orlando. AT 2013 and 2014 years he had been questioned by the FBI on suspicion of links to terrorist groups, G4S but it did not pay any attention. of course, this stuff across the enterprise. The notoriety of the firm pursues a long time. known, that its officers beat and raped the detained migrants, keep children in solitary confinement and tortured prisoners worldwide. 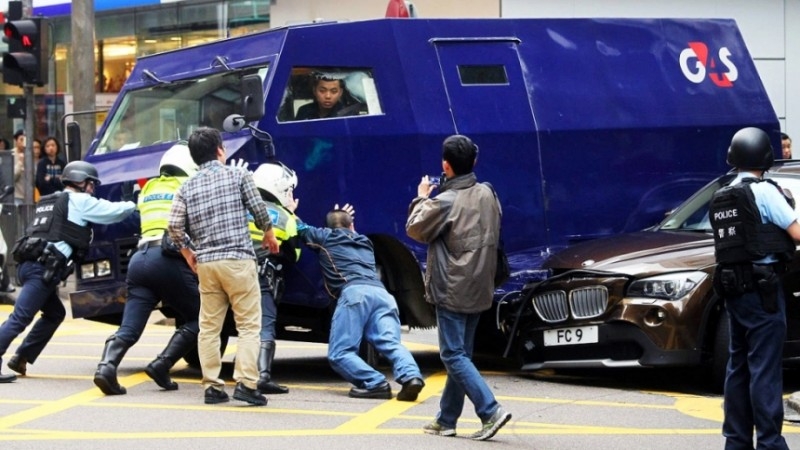 Beyond the short-list should bear the most famous American private military company Blackwater USA or ACADEMI. It was founded in 1997 by former fur seal Eric Prince. AT 2000 Blackwater year received its first government contract, and to implement it more 100 000 sailors were prepared for battle. PMCs and actively participated in the controversial war in Iraq. AT 2009 , Prince stepped down as CEO. AT 2010 year came to power private investors, and 2011 the company began to be called ACADEMI. According to the official website, ACADEMI offers "stability and the protection of people and places, experiencing shocks ". It works with "the federal government clients, state governments and local authorities, numerous law enforcement and intelligence agencies around the world ". With a huge number of associated Blackwater scandal, especially after the mission in Iraq. Victims mercenaries there dozens of civilians. According incidents were hearings. 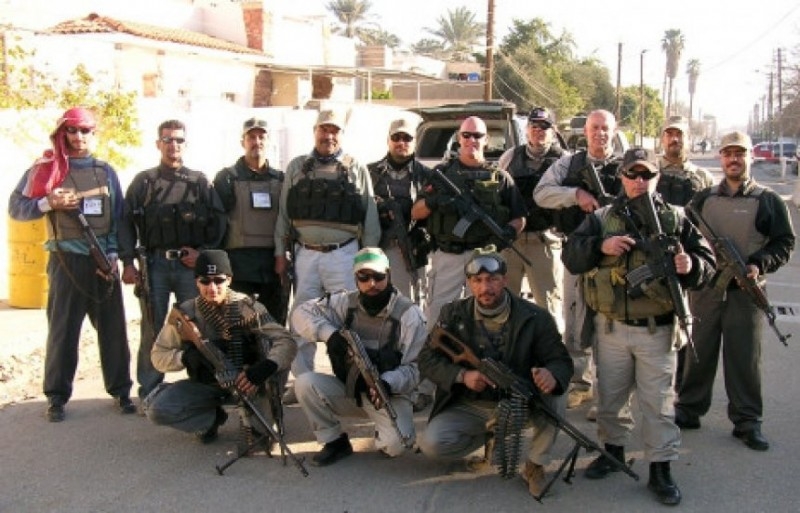 If we take into account the income of the above companies and the number of mercenaries, it becomes obvious, that installing a home alarm system - not the primary objective of these companies. Their main profit up national and international contracts, which consist in the presence of hot spots, protection of strategic facilities and participation in hostilities. PMC services are needed there, where there is no possibility for the state military presence. Often, however, the mercenaries lose control and they go "to the winds". they believe, that their crimes are not punished, once they are present in another country as a military contingent. Thus the case of murder, rape, robbery and looting. 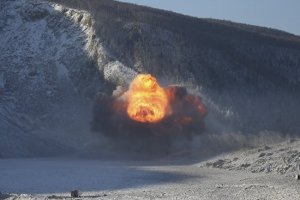 Organization with a similar reputation became the object of attention, which spawned a huge number of fakes. For example, recently even such a serious agency as Reuters caught the notorious «fake news». Journalists from around the world seriously quoted writer of tales Eugene Shabaeva, who was allegedly attacked on the trail of Russian PMCs in Venezuela. According to the "information" that person, in Caracas and the Sudan allegedly present the Russians from the organization "Wagner", which is associated with a businessman from St. Petersburg Eugene Prigogine. However, if you dig a little deeper, it is easy to find, that Shabayev - disguised Cossack, which is in dire need of attention. He endlessly churning out fakes in the hope to feed their gullible media. surprisingly, that they forgot about the "faktcheking" in Reuters and believe in the word of a strange fellow. Following the publication of stuffing it up by other liberal media, hoping for a trusted source such respectable publications.

Nevertheless, Publication has nothing to do with reality. PMC - is commonplace for Western and American States. Many companies were founded in 19 and 20 centuries, taking as a basis the craft mercenary. Today, however, some of them have turned into an uncontrolled, which tends to kill and power to profit. As a shadow resource of the US Army, in fact, the military companies often play a key role in the development of certain events.